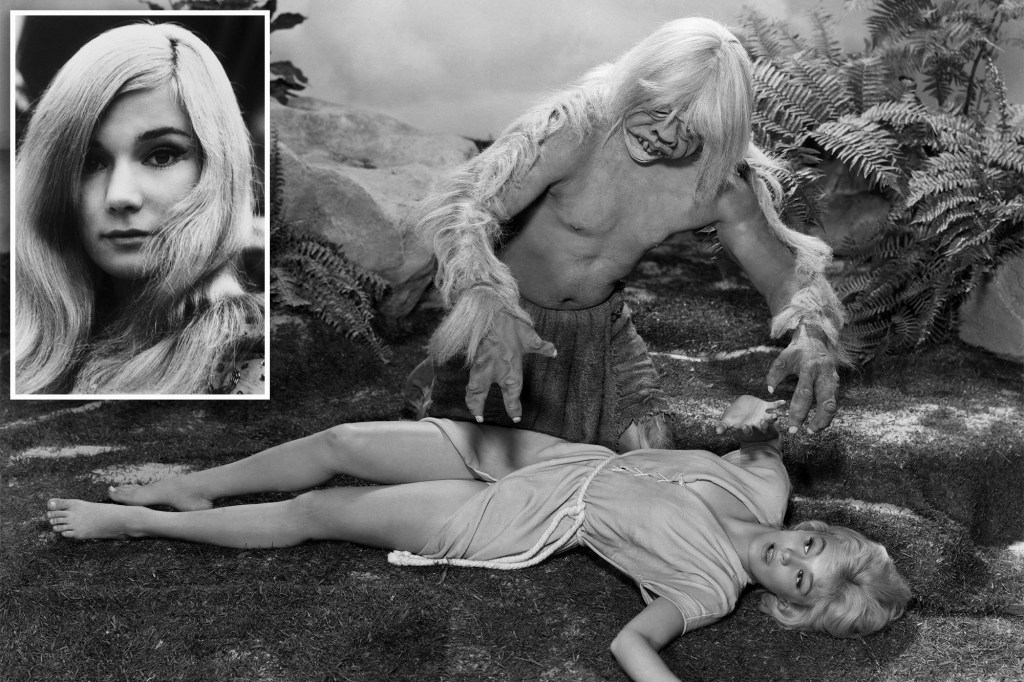 She died in her sleep from natural causes on Tuesday morning, her family’s rep confirmed to Deadline.

She was best known for starring alongside Rod Taylor in the film adaption of H.G. Wells’ novel “The Time Machine,” but had notable roles in the movies “Where the Boys Are,” “Platinum High School,” “The Four Horsemen of the Apocalypse” and “Light in the Piazza.”

Mimieux later made a foray into television, guest starring on two episodes of the Richard Chamberlain series “Dr. Kildare.” On the show, she made history by becoming the first person on American television to show her belly button.

In 1974, she penned a thriller script for Aaron Spelling entitled “Hit Lady.” She played the eponymous assassin in the ABC TV movie.

She also starred in 1976’s “Jackson County Jail,” an edgy crime thriller which had her wrongfully imprisoned and accused of murdering a guard who assaulted her.

During her career, she was nominated for three Golden Globe Awards.

She eventually retired from acting in 1992 after her final TV movie, “Lady Boss.”

Mimieux was married and divorced three times and had no children. After marriages to Evan Harland Engber in 1969 and director Stanley Donen in 1972, she eventually settled down with Howard F. Ruby, whom she married in 1986 and shared 36 years together.

Mimieux was born in Los Angeles, California, in 1942 to a French father and Mexican mother. She had two siblings, a sister and a brother.

Mimieux made six movies before she was 21 and gained a reputation for portraying “sensitive” roles. “I suppose I had a soulful quality. I was often cast as a wounded person,” she told the Washington Post in 1979.

She was also known to be extremely private — even in death. No services are planned for the actress, according to Deadline.

“I decided I didn’t want to have a totally public life,” she said back in 1979. “When the fan magazines started wanting to take pictures of me making sandwiches for my husband, I said ‘no.’ You know there are tribes in Africa who believe that a camera steals a little part of your soul, and in a way I think that’s true about living your private life in public. It takes something away from your relationships, it cheapens them.”