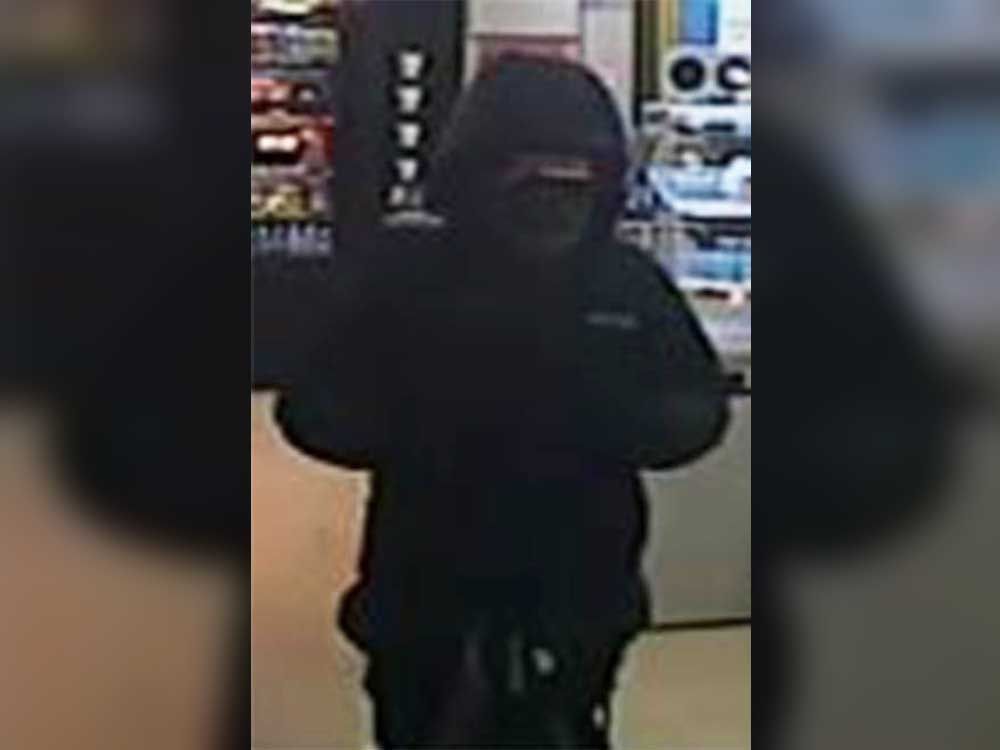 Police are asking the public to help identify the robber of an east Windsor convenience store that has been repeatedly targeted by criminals.

The incident in question happened on the morning of Feb. 15 at the Circle K location in the 4600 block of Seminole Street.

Patrol officers responded around 5 a.m. They learned that a masked female had brandished a firearm at a store employee before taking a quantity of cash and merchandise.

The suspect was last seen fleeing on foot in a westward direction on Seminole Street.

No one was hurt.

Additional units including a police dog attended the area — but the suspect could not be located.

The suspect was described as a white female with a thin build. At the time of the crime, she was wearing a black jacket with a blue jacket underneath, a grey backpack, gloves, and a black face mask with a design on it.

Investigators later obtained a surveillance video recording that showed the suspect meeting with an individual in the 4300 block of Seminole Street.

This person of interest is described as a white male with a medium build, dressed in a dark-coloured jacket with a fur-lined hood, dark-coloured pants, and black shoes.

Police request that anyone with surveillance cameras in the 4300 block or 4600 block of Seminole Street check their recordings from the morning of Feb. 15 for suspicious activity and possible evidence.

Police say the female suspect should be considered armed and dangerous. Members of the public who believe they have spotted her should not approach her, but should call 911 immediately.

The Circle K at 4675 Seminole St. has been the scene of multiple armed robberies over the past six months — including at least two cases in one week in December 2021, and a knifepoint incident in September 2021.