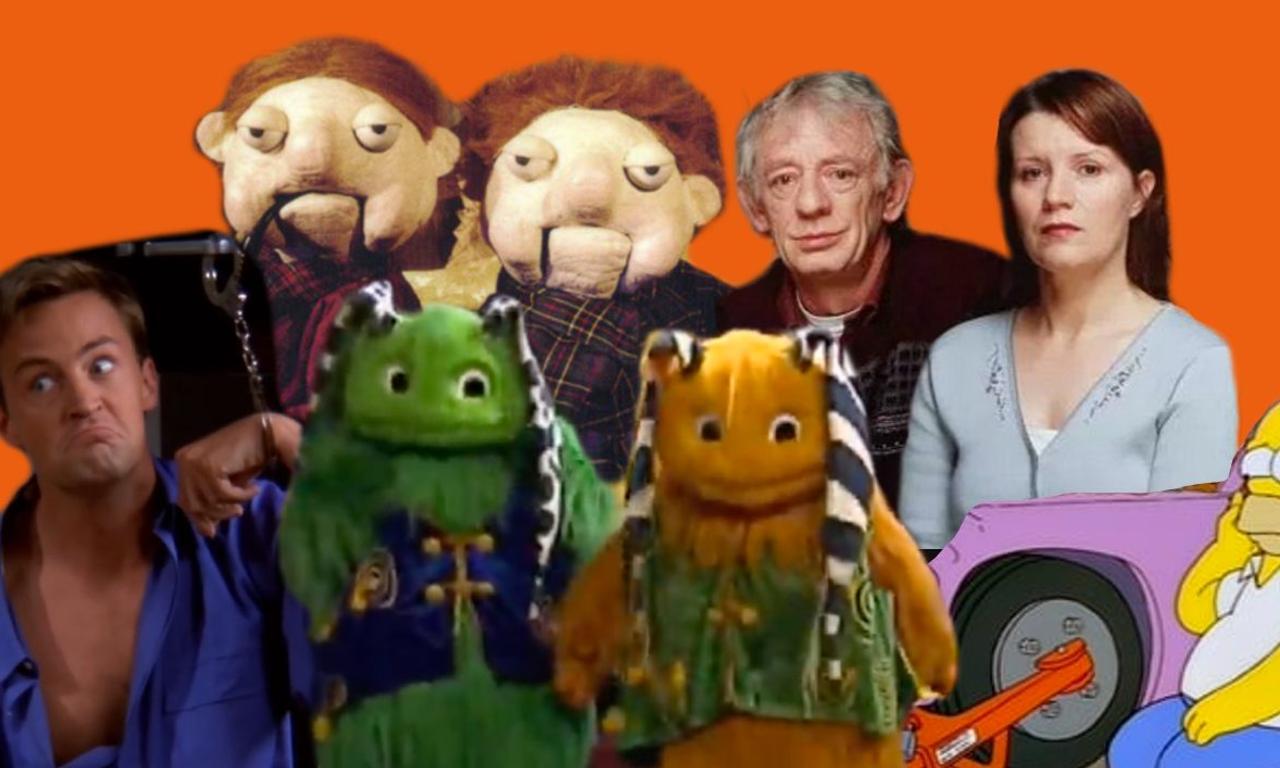 Ah, it was much simpler times, wasn’t it?

2022 marks entertainment.ie being online for 25 years – so, if you don’t mind, happy birthday to us!

All this year we’ll be taking readers down memory lane and casting your minds back to a year when Bertie became Taoiseach, ‘Harry Potter and the Philosopher’s Stone’ was first published, U2 performed at Lansdowne Road as part of their PopMart Tour, and Garth Brooks played out the back of a van in Wicklow – the year was 1997.

But in terms of TV – what were the Irish and international public watching all of those years ago? Long before the age of on demand streaming, and well before we were able to pause live television, you had to fight off your siblings for the coveted remote control in between the ad breaks just so you could chat about the latest ‘Home and Away’ gossip at school the next day.

Here’s a brief rundown of the TV shows we were glued to in 1997.

Believe it or not, we weren’t actually watching ‘Father Ted’ in 1997. Well, to be more precise, we were watching re-runs of seasons one and two while drinking copious amounts of tea in anticipation of the third and final season in 1998.

The two biggest Irish dramas of the year of course were RTÉ’s ‘Glenroe’ and BBC’s production of ‘Ballykissangel’. Well holy God, we honestly don’t have a clue what kind of storylines were going on in ‘Glenroe’ this year, but we do know that at least one episode was about Miley (the late Mick Lally) having a new bullock on the farm, which took place after his affair with Fidelma and was before Biddy (Mary McEvoy) was killed off because of a rogue teddy bear. They sure don’t make them like that used to, eh?

RTÉ 2 got itself a hip and cool rebrand all the way back in TV land in 1997, with the channel dropping the “RTÉ” part entirely and calling itself “Network 2” or simply “N2”. With the target audience being “anyone who doesn’t want to watch RTÉ One”, the channel offered up more edgy and comedic offerings to viewers that wouldn’t dare be shown on its more conservative, elderly parent channel. ‘Later On 2’ was the late-night talk show, led by John Kelly, while Seán Moncrieff began presenting the sketch show ‘Don’t Feed The Gondolas’. Two of our favourite puppets, Podge and Rodge, launched their ‘A Scare At Bedtime’ series in November of the year, managing to make 150 episodes in total.

Before he became the host of ‘The Late Late Show’ for 10 years, Pat Kenny hosted ‘Kenny Live’ on RTÉ One on Saturday nights, which has since gone through many different hands over the years including Ray D’Arcy, Brendan O’Connor and Craig Doyle. One particularly great moment that occurred during an interview this year was with Graham Norton, who got pulses racing by calling the presenter a “great big throbbing sex god”.

Speaking of ‘The Late Late Show’, Gaybo was in flying form this year with guest highlights including all of the presidential candidates (including Dana); Tommy Tiernan’s controversial crucifix stand-up sketch; Damien Dempsey made his debut appearance; and everyone in the audience got up on their feet to dance to ‘The Time Warp’ from a performance of ‘The Rocky Horror Show’. This year’s ‘Toy Show’ (which was Gay Byrne’s second from last) featured Hollywood superstar Liam Neeson who discussed his upcoming ‘Star Wars’ movie, Dustin the Turkey, and the child star of the show, Rory.

In 1997, there was also the small matter of hosting the ‘Eurovision Song Contest’ for the second time in a row (and it hasn’t been back since). The Point Theatre was the location for the third time, presented by Ronan Keating and Carrie Crowley. Flying the flag for Ireland this year was Marc Roberts with ‘Mysterious Woman’. Unfortunately (or rather thankfully, in RTÉ’s cash-drained eyes), Roberts placed second to the UK’s Katrina and the Waves and ‘Love Shine A Light’. Interestingly, 1997 was also the last time the UK managed to claim a win at the competition.

What Did The Rest Of The World Offer Us?

Where to start? Some UK TV offerings in 1997 included the continuation of ‘The Vicar of Dibley’; the beginning of ‘Cold Feet’ on ITV (later to be broadcast via TV3); Steve Coogan had us in stitches with ‘I’m Alan Partridge’; while BBC’s ‘Comic Relief’ in 1997 featured a sketch by none other than Father Ted Crilly and Father Dougal McGuire.

BBC’s ‘Top of the Pops’ was still very much on our screens back in 1997 and was presented by Joe Wiley and Zoe Ball. The year featured some knock-out performances from the likes of Chumbawamba, Janet Jackson, No Doubt, Robbie Williams, and of course, Spice Girls.

1997 was also the year that ‘The Simpsons’ began airing on Network 2 – and they haven’t left since. Everyone’s favourite cartoon family had already been on the air via BBC2 since 1996, so for everyone who only had access to just the standard Irish channels, this was a cartoon revelation.

The end of the ’90s decade saw a flood of US imports hit our shores, including comedy sitcoms such as season four of ‘Friends’, ‘Seinfeld’, ‘King of the Hill’, ‘Frasier’, ‘Just Shoot Me’, ‘Beavis and Butthead’ and the very beginning of ‘South Park’. Other hits from the year included the continuation of ‘Star Trek: Deep Space Nine’, ‘ER’, ‘The X-Files’, ‘Baywatch’ and ‘Xena: Warrior Princess’, while 1997 was also the year that saw the launch of ‘Buffy The Vampire Slayer’ and ‘Ally McBeal’.

Australian offerings this year included the soap ‘Home And Away’ continuing to draw in Irish audiences with all of the drama around Summer Bay headed up by Alf, Irene and Marilyn (‘Neighbours’ didn’t arrive in Ireland until 2000); while the late Steve Irwin’s nature docuseries ‘The Crocodile Hunter’ launched its first series, airing on RTÉ at a later date.

The Kids Have All The Fun

Being a ’90s kid was truly the greatest, wasn’t it? We grew up at a time when everything was quickly becoming more technology-focused, and yet, we were still happy to watch TV and then go outside and play with our friends. No mobile phones, no iPads, no social media. Bliss.

‘The Den’ (since 1993 it was known as ‘Den TV’) on Network 2 was naturally the biggest daytime television series for anyone who wasn’t watching BBC’s ‘Blue Peter’. In 1997, Ray D’Arcy was in his seventh year as the main presenter, aided by his puppet co-anchors Dustin, Soky The Sock Monster, Zuppy, Snotser The Pig, and that nefarious Ted. Podge and Rodge also made appearances, most notably during the Halloween special.

One of the most-watched Irish children’s TV shows in 1997 was ‘The Morbegs’ (“from Morbeg land”), with Molly and Rossa teaching the young children of Ireland all about how to get along with your sibling (and something about their growing tree).

Wouldn’t you know that one of the biggest-ever children’s shows (well, what used to be, anyway), ‘Teletubbies’, made its small screen debut on the BBC, introducing us to the goings-on between the four best friends and their magical playground Tinky Winky, Dipsy, Laa-Laa and Po.

Well, there you have it these have been our memories from TV in 1997. Which shows were your favourites from the year? Be sure to visit entertainment.ie’s 25th birthday hub here.