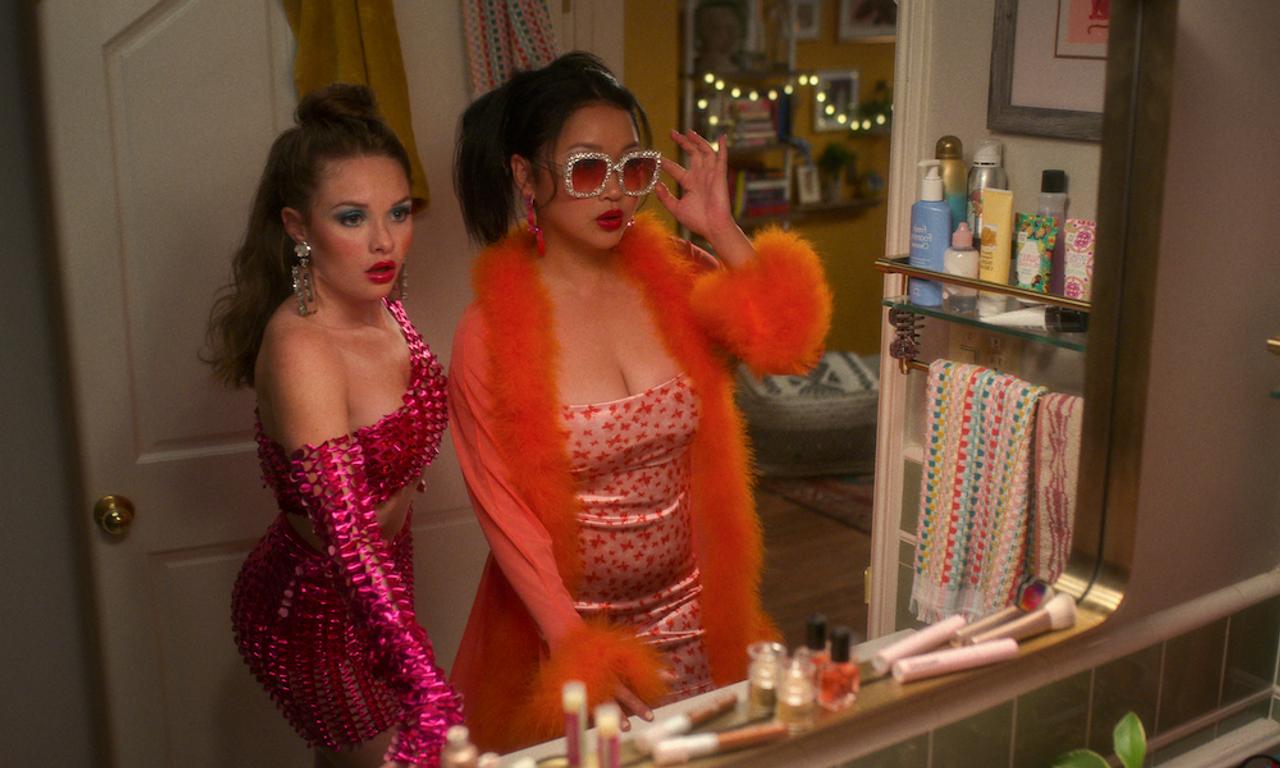 Onscreen fashion has always captured the sartorial zeitgeist and gives us so much intel into the generation that dresses some of our favourite characters. Gen Z is no different — so what does the fashion from some our favourite TV shows say about the generation of today?

We’ve looked at shows like ‘Emily in Paris’ that create an apparel pantomime of the kinds of things Gen Z wear, that makes for looks that are always so ostentatiously liberating. Let’s look at how the epoch impacts style onscreen and what it all means.

The thing about Gen Z is that they’re so much freer, at least sartorially, than we as millennials will ever be. Their fashion is experimental and forgiving; there’s no “Lizzie Maguire, you are an outfit repeater” about it.

They have the incentive to try things like the colourful beaded necklaces with their names, fuzzy handbags, or ‘Stranger Things’ slash ‘Sex Education esque sweater-vest-core. But they also take the things we cringed at (bootcut jeans) and make them… pretty cool, because there’s no space for shame in their fashion. Unless, we’re talking skinny jeans, they ruined those for us.

Ostensibly, there are few to no rules, and we wonder whether that’s been ushered in with help from a more sustainability conscious world; whatever you find in your local charity shop can be dressed up with belts and cute hair clips or ginormous flat-form sandals.

Growing up in the 2000s, “heroin chic” was all the rage — only achievable if you were blonde, white, and ultra thin. Low-rise jeans (don’t bring them back, we beg of you) and barely-there tops were in. So in that sense, body and looks were part of an outfit, rather than a canvas for fashion.

A particular body does not appear to be a prerequisite to Gen Z clothing choices, especially since their clothing isn’t dead focused on the male gaze. They have TV fashion exemplars like Barbie Ferreira who plays Kat ‘Euphoria’ who wears neck collars, corsets, and trendy cottage-core. And you know what? We need more of that kind of character diversity.

Although their fashion is limitless, it’s still intrinsically tied to their identity. It will never not be a form of expression; watch how in ‘Boo, Bitch!’ Erica’s style changes as her entire character shifts into a more confident space.

Sexual liberation in ‘Euphoria’ lends itself to the freedom of the dress code in school. Fashion is so plainly Emily’s lifeblood in ‘Emily in Paris’ — she wouldn’t pitch the same Emily in a tracksuit, because it’s so not her.

Often, we know a bit more about these people by way of their sense of style. Clothing is still a way people relate — especially to the characters in TV shows. It’s a way for young people to find role models or community.

Have you ever noticed how eye-searingly vibrant these TV shows can be nowadays? Watching ‘Emily in Paris’ we feared ultra-violet rays were damaging our retinas since it was so damn bright. There’s a rolodex of shows nowadays whose wardrobe department has collected such vivid clothing that it genuinely hurts to watch sometimes.

It epitomises the whole Gen-Z fashion effect; they seem to be unafraid. They’re not afraid to play with colour, textures, patterns and styles. They’re not afraid to get it wrong in a day and age where people are wearing everything from dorky-chic cardigans to ostrich feathers and opera length gloves. More power to them.

What are your favourite fashion moments from television?