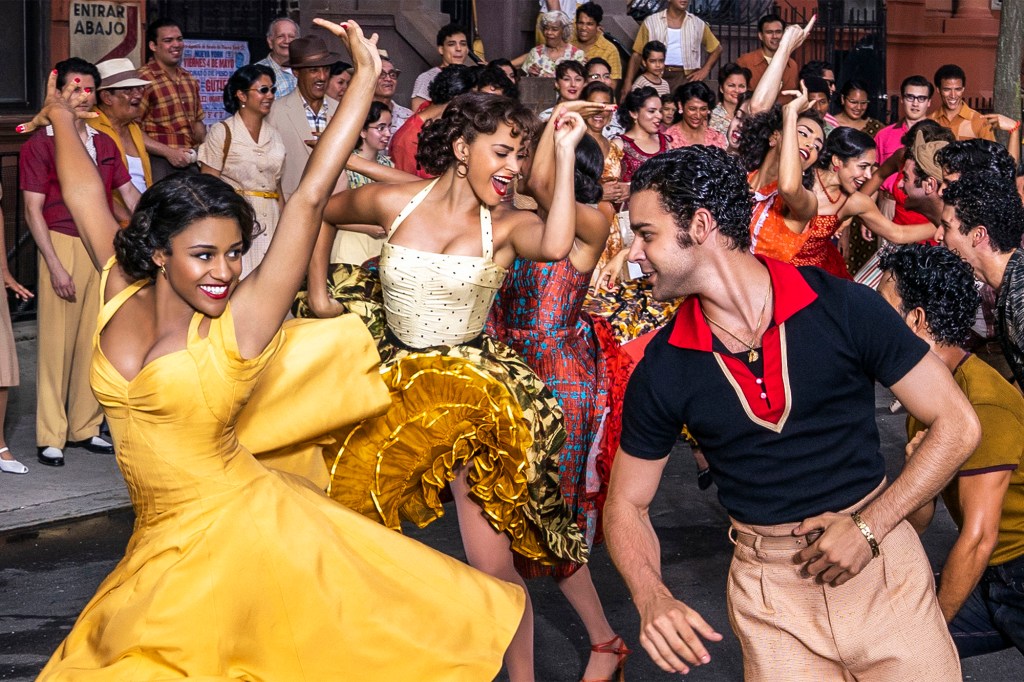 In fact, the sweltering heat and humidity led Ariana DeBose — who plays Nuyorican Anita — to have a unique kind of wardrobe malfunction while hoofing it up on the steamy pavement during “America.”

“Her shoes literally melted,” choreographer Justin Peck, 34, told The Post of the fiery combustion that took place during the summer of 2019. “She had to have her shoes replaced two or three times while we were filming these dance sections because it was so hot and the choreography was so intense that it literally melted [the soles of] her shoes.”

Shooting the musical’s show-stopping dance number in temps that sometimes hit triple digits was just one of the challenges that Peck faced in updating Jerome Robbins’ iconic, Oscar-winning choreography from the 1961 film classic (which itself was adapted from the 1957 Broadway production).

“It was definitely a daunting task to take on reimagining ‘West Side Story’ because the original is so legendary,” said Peck, who is also the resident choreographer at the New York City Ballet. “What was so exciting for me about working on this project is that the screenplay that Tony Kushner wrote really recontextualizes a lot of the dance numbers. It sets them up in different ways … and that requires a new take on what the choreography is. A lot of times it meant creating completely original choreography.”

Indeed, “America,” which took place on a rooftop at night in the original movie, now goes down during the daytime on the streets of NYC. After months of rehearsal, the dazzling sequence was filmed over about 10 days in Harlem, Queens, and Paterson, NJ.

“It shows Anita and Bernardo [David Alvarez] weaving and winding through their community in New York City,” said Peck. “It increases in scale incrementally until you get to the very end when it’s literally, like, 60 or 70 dancers in the center of an intersection with about 200 or 300 extras surrounding that space and 12 8-to-11-year-old kids who have to wade through all this.”

“It becomes this kind of dialogue between Riff and Tony as Tony tries to ‘cool’ Riff down,” Peck said. “It turns into this duel as they sort of battle for control over this gun … The movement itself is very athletic, very dangerous. It has grace to it, but it’s also very action-packed and combative.”

But amidst all the reimagining of Robbins’ vision, Peck also wanted to pay homage to the groundbreaking moves in the original film that leapt him into action. He first watched the original “West Side Story” when he was 10 years old, and it inspired him to pursue a career in dance.

“In ‘America,’ there’s this moment where the women flare their skirts in a very unique way that honors the original choreography,” he said. “And there were other moments, like when Tony and Maria [Rachel Zegler] are underneath the bleachers and they dance together for the first time. That little moment where they bent their knees and then snapped their fingers is a direct sort of quote of the original.”

And Peck had a very special consultant in Rita Moreno, who won an Oscar for playing Anita in the first film. In the new movie, she plays a different character, Valentina, and also serves as an executive producer.

“She was on set all the time … and she became a very close ally to me throughout this process,” he said. “She’s a firm believer in the power of dance expression. So I’m really grateful that she was a part of this and that she could share her wisdom and her encouragement.”