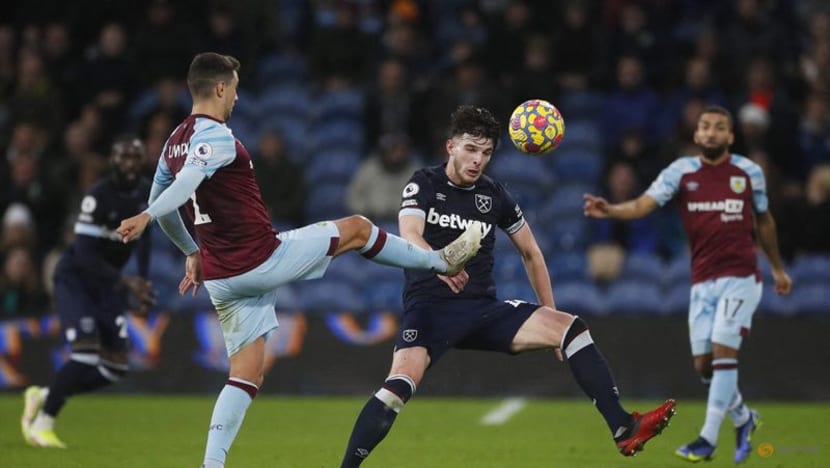 The Hammers, chasing a qualification spot for the Champions League. will be disappointed not to have collected three points at Turf Moor against a Burnley side who rarely threatened.

Sean Dyche’s team were solid at the back and grafted with their usual diligence but without injured Ivorian forward Maxwel Cornet they lacked creativity.

England manager Gareth Southgate was watching from the stands and saw impressive displays from Declan Rice in the West Ham midfield as well as Pope – who still carries hopes of taking over from Jordan Pickford as his country’s number one.

Pope produced a fine reflex save to keep out a first-half header from Issa Diop and again after the break to stop another header from Said Benrahma.

West Ham felt they could have had a penalty when Craig Dawson went down while challenging for the ball with Dwight McNeil but the VAR check found no foul.

David Moyes’ side were the more dangerous side throughout and Rice went close with a fierce strike which whistled just over the bar.

“I think Pope is a top goalkeeper, I know from training with him at England,” said Rice.

“I should have told the lads before the game to put it hard and low, anything up top he’s probably one of the best in the world at saving them. He’s a top keeper and a great lad as well.”

The Hammers have 28 points, one more than fifth-placed Manchester United but eight points behind third-placed Chelsea.

Burnley are in 18th place on 11 points after their eighth draw in 15 games. The Clarets have one point more than Norwich City and Newcastle United and are two points behind 17th-placed Watford who they face at Turf Moor on Wednesday.