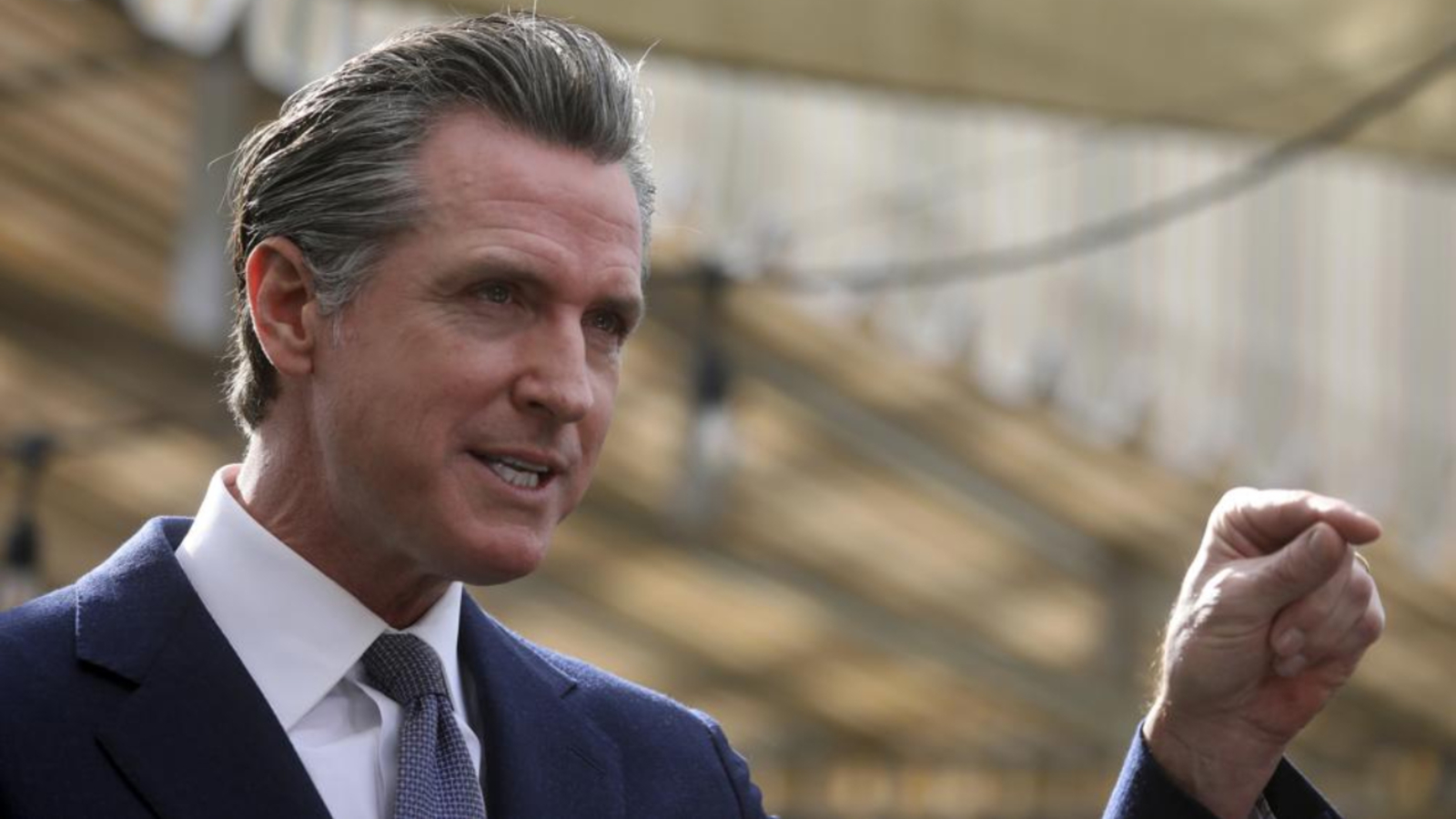 SACRAMENTO, Calif. — California Gov. Gavin Newsom on Thursday announced the first shift by a state to an “endemic” approach to the coronavirus pandemic that emphasizes prevention and quick reactions to outbreaks over mandates, a milestone nearly two years in the making that harkens to a return to a more normal existence.

Newsom said the approach – which includes pushing back against false claims and other misinformation – means maintaining a wary watchfulness attuned to warning signs of the next deadly new surge or variant.

“This disease is not going away,” he told The Associated Press in advance of his formal announcement. “It’s not the end of the quote, unquote, war.”

A disease reaches the endemic stage when the virus still exists in a community but becomes manageable as immunity builds. But there will be no definitive turn of the switch, the Democratic governor said, unlike the case with Wednesday’s lifting of the state’s indoor masking requirements or an announcement coming Feb. 28 of when precisely the school mask-wearing mandate will end.

And there will be no immediate lifting of the dozens of remaining executive emergency orders that have helped run the state since Newsom imposed the nation’s first statewide stay-home order in March 2020.

“This pandemic won’t have a defined end. There’s no finish line,” he told the AP. With that in mind, he said his administration tried to craft “a plan that allows us to be prepared without being paranoid and more alert to what’s happening around us without being anxious.”

The World Health Organization declared the COVID-19 outbreak a pandemic on March 11, 2020, and with omicron fading in many parts of the world some countries have begun planning for the endemic stage.

Newsom’s administration came up with a shorthand acronym to capsulize key elements of its new approach: SMARTER. The letters stand for Shots, Masks, Awareness, Readiness, Testing, Education and Rx, a common abbreviation for prescriptions and a reference to improving treatments for COVID-19.

Living with COVID-19 under Newsom’s plan means boosting the state’s surveillance, including increased monitoring of virus remnants in wastewater to watch for the first signs of a surge. Masks won’t be required but will be encouraged in many settings.

If a higher level of the virus is detected, health officials will analyze its genotype to determine if it is a new variant. If so, state and federal officials have a goal to within 30 days determine if it responds to existing tests, treatments and immunities from vaccines or prior infections.

Testing and staffing in the affected area will be increased, including temporary medical workers to assist strained hospitals.

The plan sets specific goals, such as stockpiling 75 million masks, ramping up to 200,000 vaccinations and 500,000 tests a day, and adding 3,000 medical workers within three weeks in surge areas through ongoing contracts with national registry companies.

Dr. George Rutherford, an epidemiologist and infectious-diseases control expert at the University of California, San Francisco, has urged a cautious approach to lifting mandates. He saw drafts of Newsom’s plan and likes it.

“They have a long-term plan that’s trying to capture these events as they occur and has the supply chain stuff you need to have pre-positioned so that we can move forward in a thoughtful but rapid way to control new outbreaks,” he said. “We’ll be able to apply them quickly and in a targeted way that’s least disruptive to get the job done.”

California’s health secretary, Dr. Mark Ghaly, said one of the goals is to avoid business closures and other far-reaching mandates. However, he said the state’s requirement that schoolchildren be vaccinated against coronavirus by fall remans in effect.

The plan calls for a continued emphasis on efforts in vulnerable and underserved populations that have experienced disproportionately high death rates. And it includes new education, including “myth-buster videos” to fight misinformation and disinformation and help interpret ever-evolving precautions for a confused public whiplashed by safeguards that seemingly shift by the day and vary across county lines.

It relies on continued testing sites including in schools, more over-the-counter virus tests, building and tracking strategic stockpiles of testing kits, surgical and K95 masks, hospital gowns and gloves, ventilators to breathe for the most seriously ill. In coordination with the federal government, it calls for a first-in-the-nation study of the pandemic’s direct and indirect impacts long-term on both people and communities.

“One of the fundamental lessons we’ve come to understand is that the disease has evolved and our understanding has to evolve in terms of how we approach it with the kind of flexibility that is required,” Newsom said. “We have to prepare for that uncertainly, we have to communicate that uncertainty and this plan is put forth with that in mind.”

Newsom and Ghaly said the same constant monitoring will be useful in spotting other similar respiratory airborne diseases, while leading to improvements in California’s overall public health system.

All this will cost billions, much of it already outlined in the $3.2 billion pandemic response package Newsom sought as part of his budget last month. That includes $1.9 million that lawmakers already approved to boost staffing at hospitals and increase coronavirus testing and vaccine distribution, as well as existing money and anticipated federal funds.

Newsom defended keeping in place some of his executive emergency orders, which he said most recently have allowed the state to quickly bring in temporary medical workers and to quickly distribute more than 13 million home test kits to schools.

Those orders have dwindled from 561 to fewer than 100 in recent months, he said, and his administration is working with legislative leaders to eventually make them unnecessary. Republicans in both legislative chambers have been lobbying the Democratic majorities for weeks to lift California’s state of emergency.

The omicron surge is ebbing as quickly as it spiked in December, with new cases falling back to near pre-surge levels. Hospitalizations and intensive care cases were also falling, and the state’s forecasting models predict a continued gradual easing over the next month.

“This is exactly what people are going to be asking in the next few weeks: Are we in a new phase? How do we live with this disease without living in fear?” Newsom said.

He expects other states and the federal government to soon follow California, because “I think the public will be demanding of this.”