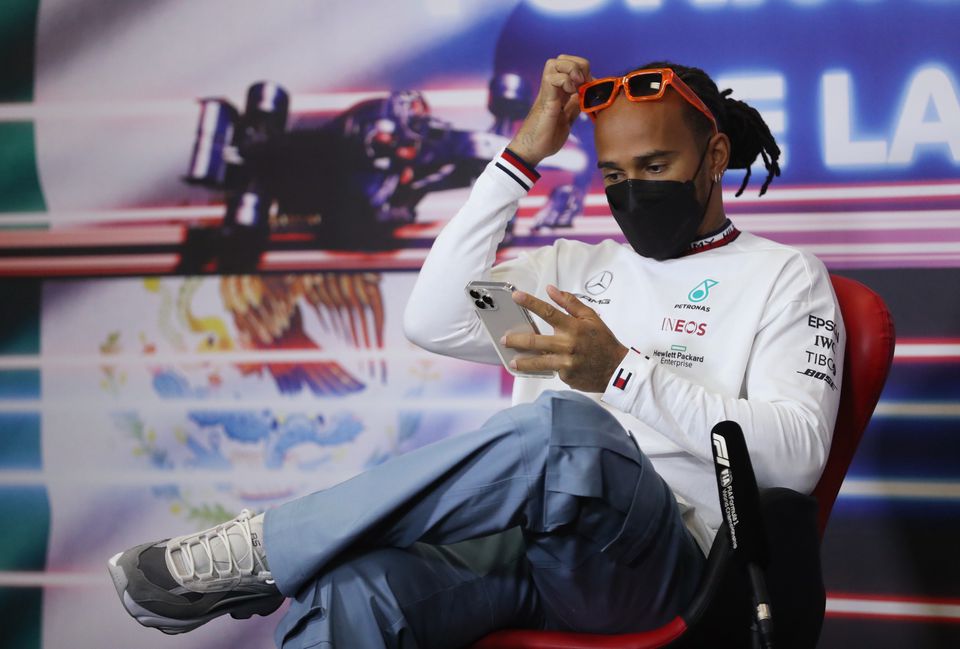 The 24-year-old’s Red Bull had looked slower than Hamilton’s Mercedes in terms of outright speed going into qualifying, with the Briton having topped the final session of practice earlier on Saturday.

But, helped by a slipstream ‘tow’ from Mexican team mate Sergio Perez, it came alive when it mattered, his first fastest lap in the final phase of qualifying standing as his fastest.

“He fully deserved the pole,” said Hamilton, who will line up second on the front row alongside his rival.

“We just couldn’t compete with that time at the end there,” added the Briton, who trailed Verstappen by half a second after the first flying laps, but cut that deficit to a still sizeable 0.371 seconds at the end.

Verstappen and Hamilton head into Sunday’s race, a winner-takes-all showdown, level on points. But the Dutchman is ahead 9-8 on wins.

His Red Bull appeared to have the edge over Mercedes on long-run race simulations in the practice sessions, while the Yas Marina track is also notoriously difficult to overtake at.

But Hamilton, starting on the more durable medium tyres, believes he could be in a stronger position strategically, with Verstappen forced to start on the fragile soft tyres after locking up and flat-spotting his set of mediums.

Changes made to the circuit to boost overtaking and give it a more flowing feel could also help him hunt down the Red Bull.

“We’re in a good position, I’d like to think, with our tyres for tomorrow,” said the 36-year-old. “And I hope that we can have a good race.”

He could not resist a dig at Verstappen, whose uncompromising defence of the lead was penalised at the last race in Saudi Arabia where the pair also collided for the third time this season.

“I’m grateful I can see where he is,” Hamilton said chuckling. “And then we can try and navigate from there.”