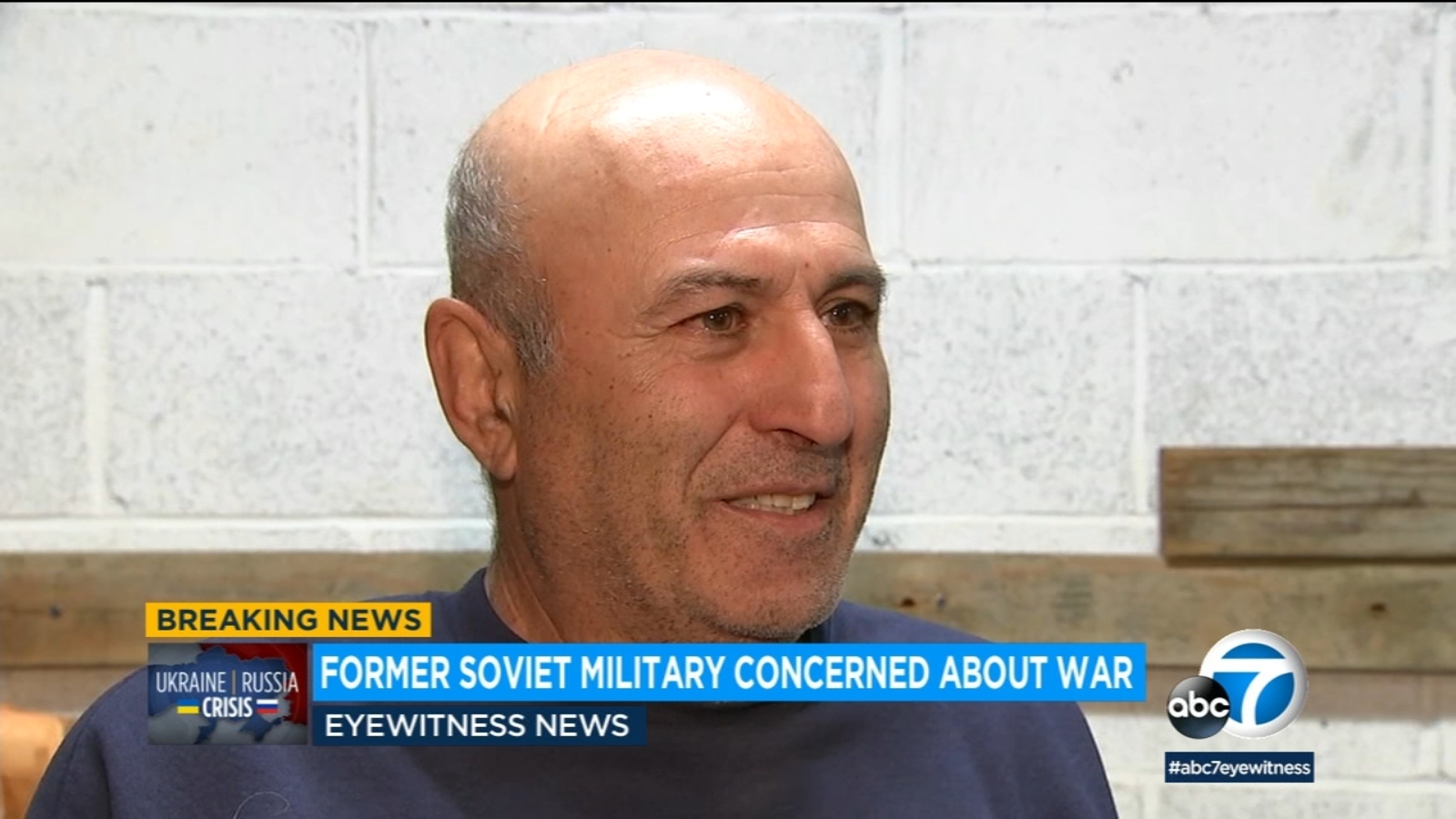 LOS ANGELES (KABC) — The crisis in Ukraine has left many with Ukrainian roots who live in Southern California running high on emotions.

Chris, an Antelope Valley resident, served in the former Soviet Union military and was stationed in Ukraine. In an interview with ABC7, he did not mince words when it came to his feelings on Russian president Vladimir Putin and his decision to invade Ukraine, despite tough U.S. economic sanctions and condemnation from many world leaders.

“He’s a crazy man in a war, one of the craziest man in a world to me. “He doesn’t care about nothing,” said Chris, who asked that his full name not be made public out of concern for the safety family members with ties to the crisis.

Chris served in the 15-member-state Soviet Union military in the 1980s before the fall of the Soviet Union. His tour of duty placed him in the then-Soviet Union state of Ukraine.

“Nice people, the Ukrainian and they were peaceful with the Russians, they didn’t have any issue back then,” Chris said.

Chris says he never thought decades after his military service, and despite the fall of the Soviet Union, that he would witness Russian aggression into Ukraine. He feels heartbroken.

“So many innocent people are going to die,” Chris said.

Chris says his son’s daughter-in-law is part Ukrainian and part Russian and she is saddened by the bloodshed on both sides.

Even though Chris doesn’t have any loved ones living in Ukraine today, he prays that Putin halts the invasion immediately.

“Stop as soon as possible, before not much people die for no reason,” he said.

If he could say anything to Putin, what would he say?

Chris said if he was in Ukraine today, he would fight against Russian aggression.