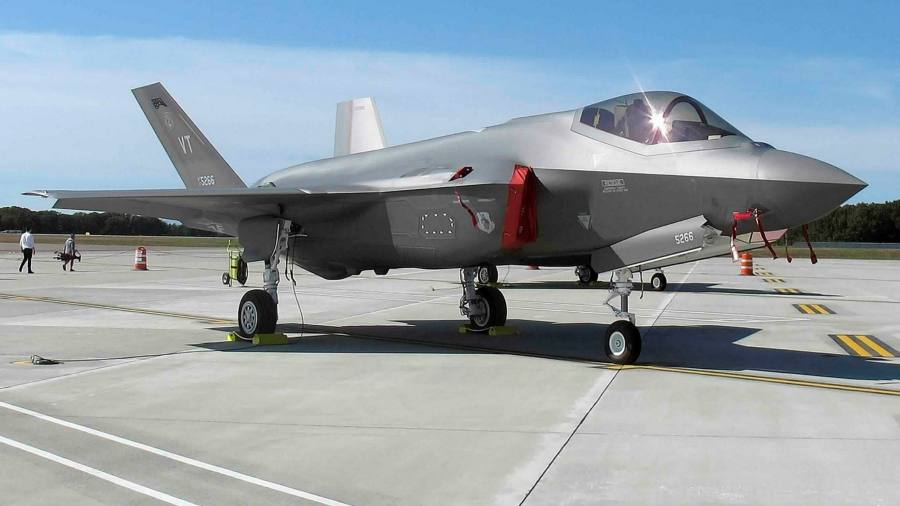 The United Arab Emirates has suspended talks with the US over its $23bn deal to buy 50 F-35 fighter jets in a sign of friction in the Gulf state’s relations with Washington.

An Emirati official said Abu Dhabi had informed the US that “technical requirements, sovereign operational restrictions and cost-benefit analysis led to the reassessment”.

The sale of the F-35s was initially agreed last year by the Trump administration after the UAE signed an accord to normalise relations with Israel. But the deal has come under mounting scrutiny since President Joe Biden took office.

Abu Dhabi has raised concerns about the restrictions Washington is seeking to put on the Gulf state’s use of the F-35 warplanes. The Biden administration meanwhile has been worried that the UAE’s use of Huawei’s 5G technology raises the risk that sensitive information could be leaked to Beijing.

Washington has been putting pressure on the UAE to reduce its exposure to the Chinese telecoms technology. General Kenneth F McKenzie, commander of the US central command, said this year that he was concerned about the risk of technology transfer. He added that the US was “working hard both internally within the United States and with our UAE partners to ensure that’s resolved satisfactorily”.

But as the talks have dragged on, the UAE — a key US ally in the Arab world — has become frustrated with the US pressure, as it tries to strike a balance between its relations with Washington and China, its biggest trade partner.

Emirati officials argued that there were few cost-effective alternatives to Huawei’s 5G technology and were worried that they would be sucked into a new cold war between the US and China.

The decision to suspend the talks, first reported by the Wall Street Journal, comes just over a week after the UAE sealed a €17bn-plus deal with France to buy 80 Rafale jets and 12 Caracal helicopters manufactured by French groups Dassault Aviation and Airbus.

At the same time, there is growing unease about the perceived US disengagement from the region and its commitment to its Arab partners, a concern exacerbated by America’s chaotic withdrawal from Afghanistan.

A person briefed on the UAE position said Abu Dhabi was confident that the issues related to Washington’s concerns over Huawei’s 5G could be resolved. But the critical issue was over whether the US would put limits on how and when the UAE could use the F-35s.

“From the Emiratis perspective, they want the strongest possible relations with the US,” the person said. “The question is, is the US ready to reciprocate and be committed? The UAE wants a strong commitment on mutual security in the region.”

The Emirati official said both states “were working toward an understanding that would address mutual defence security conditions for the acquisition”. “The US remains the UAE’s preferred provider for advanced defence requirements and discussions for the F-35 may be reopened in the future,” the official said.

In a statement, the US said: “The Biden-Harris administration remains committed to the proposed sales of F-35 aircraft, the MQ-9B, and munitions even as we continue consultations to ensure that we have a clear, mutual understanding of Emirati obligations and actions before, during, and after delivery. We are hopeful that we can work through any outstanding issues, and we look forward to the US-UAE Joint Military Dialogue later this week.”