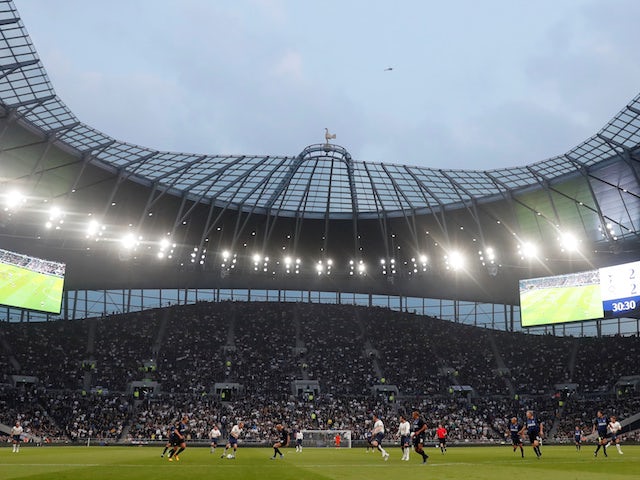 Tottenham Hotspur publishes the findings of a review into the Y-word and its use by fans, insisting that it is time to “move on” from the term.

Tottenham Hotspur have insisted that it is “time to move on” from the Y-word after conducting an internal review into fans’ use of the derogatory term.

The Y-word – which is closely associated with the Ashkenazi Jewish community – has often been heard ringing out around White Hart Lane and the Tottenham Hotspur Stadium for decades, including in Wednesday’s 3-2 defeat to Southampton.

The use of the term has been met with controversy due to its historical context, and Tottenham have now released the findings of their review after focus groups with supporters finished in the summer of 2020.

“Towards the end of 2019 we commenced the first stage of the consultation with fans and received more than 23,000 responses, with 94 per cent acknowledging the Y-word can be considered a racist term against a Jewish person,” Tottenham said in a statement.

“Our supporters’ use of the Y-word was initially taken as a positive step to deflect antisemitic abuse that they were subjected to at matches more than 40 years ago from opposition fans, who faced no sanctions for their actions. The term continues to be used up to the present day by some of our supporters. We have always maintained that our fans have never used it with any deliberate attempt to offend.

“Indeed, among the reasons some fans choose to continue to chant the term now is to show unity and support for the team, as well as each other, as a defence mechanism against antisemitic abuse that still exists and also as a way to identify as a Spurs fan.

“Outside of a football setting, however, an overwhelming majority of our fans acknowledged in the first stage of our latest consultation that the Y-word can be considered as a racist term against a Jewish person and that they would therefore not use it in such a context.

“It is clear the use of this term does not always make this possible, regardless of context and intention, and that there is a growing desire and acknowledgment from supporters that the Y-word should be used less or stop being used altogether.

“We recognise how these members of our fanbase feel and we also believe it is time to move on from associating this term with our Club.”

Spurs’ findings also concluded that some supporters “feel uncomfortable” with the use of the Y-word during matches, while younger fans are often unaware of the term’s historical context.”

The review was welcomed by Kick It Out, with antisemitism ambassador John Mann saying in a statement: “From the analysis I have done, those who use the Y-word as a Spurs linked identifier on social media are overwhelmingly not Jewish, nor ever advocate any positives about Jewish life.

“There are more people using the y-word identifier who repeat antisemitic tropes, than those who identify as being Jewish. I congratulate Tottenham Hotspur on their announcement to address the Y-word and trust that other clubs will play their part in eradicating its use throughout football.”

Tottenham are now reportedly preparing to set up a campaign to educate supporters on the Y-word and its meaning to the Jewish community.