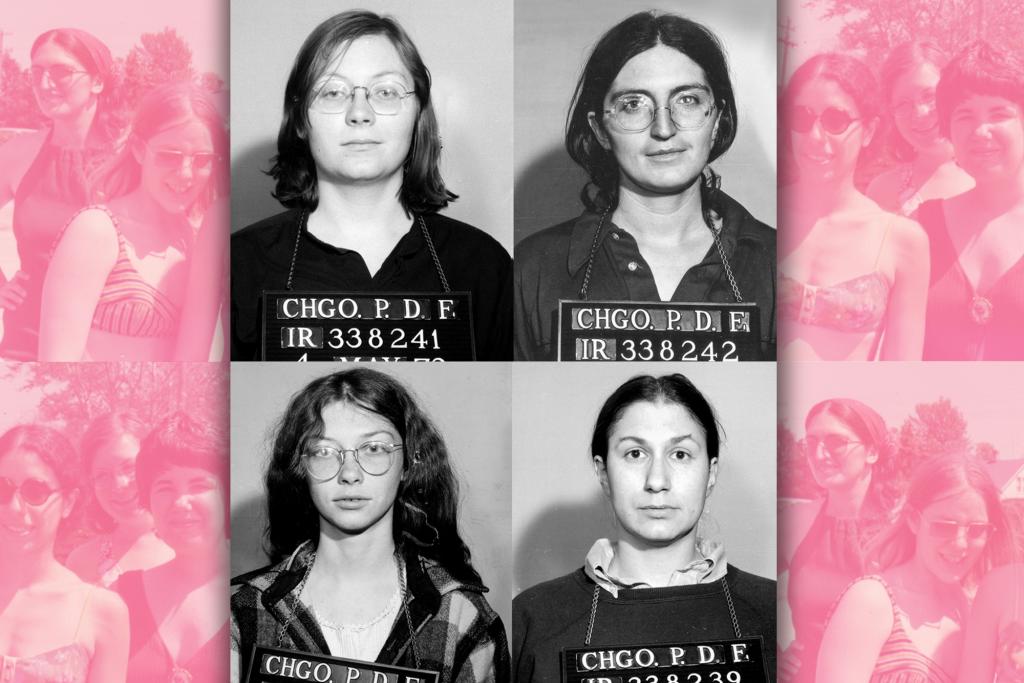 On May 3, 1972, at age 21, University of Chicago student Sheila Smith found herself and six female friends in the back of a police paddy wagon, eating a stack of three-by-five index cards, each one inked with the name and number of a woman seeking an illegal abortion.

“My first day of learning how to assist was the day I got arrested,” Smith, now 71, told The Post.

But Smith was more concerned about protecting the identities of the women she helped end unwanted pregnancies than facing 110 years in jail on 11 counts of abortion and conspiracy to commit abortion.

“We didn’t want the names and telephone numbers of [our clients] to be given to the police,” explained Smith, a Queens native. “So we ripped the cards into pieces and ate all the parts that were relevant.”

Smith had joined an underground abortion network called Jane, whose members went by the alias “the Janes.” They covertly terminated more than 11,000 unwanted pregnancies in four years — all while under the threat of retribution from the cops, the mob and the Catholic Church — before getting caught. Now, 40 years later, their story is being told in the HBO documentary “The Janes,” to be released Wednesday.

“These were very principled people that came out of the Civil Rights movement, the anti-[Vietnam] war movement, the student movement,” Tia Lessin, who directed the film with Emma Pildes, told The Post.

“They were mothers, grandmothers, aunts and students,” added Lessin, the Oscar-nominated creative behind 2008’s “Trouble the Water,” about Hurricane Katrina. “But they were all united by their belief that women should be able to make this choice.”

The duo conducted 11 on-camera interviews with the surviving members of Jane — including Heather Booth, who founded the underground abortion ring in 1968.

In the mid 1960s, a friend had asked Booth, then a University of Chicago undergrad, to help his “nearly suicidal” sister end an unplanned pregnancy. She tapped her sources in the medical arm of the Civil Rights Movement — connections forged when she’d previously protested for voter registration rights in Mississippi alongside the leaders of the fight in the early ’60s — and got Dr. T. R. M. Howard, a Civil Rights activist and surgeon, to agree to perform the abortion. Shortly thereafter, Howard was arrested for unlawfully terminating pregnancies, leaving women in need without a reliable and safe recourse. Women seeking an abortion in Chicago had to either solicit gangsters in the mob — who conducted the excisions in seedy motels and charged between $500 to $1000 for the procedure, for which they used code names like the “Cadillac,” “Chevrolet” or “Rolls Royce” — or attempt to end the pregnancy themselves.

“I called the morgue every week that I was on that ward because somebody had died,” OB/GYN Allen Weiland says in the film. He recalls at least 15 to 20 injured women being wheeled in to the septic abortion ward of Chicago’s Cook County Hospital each day. Many patients didn’t survive the internal trauma.

During the formative years, the Janes — none of whom had any professional medical training — enlisted the help of a guy named “Mike,” who stepped in as the organization’s principal abortionist because no real doctor was willing to answer the call.

“When I first learned [how to do an abortion], I was helping this surgeon from Detroit,” Mike says in a slurred, gruff baritone in the documentary. “For years, I watched him. I stood behind him, I handed him the tools. And then he said, ‘Come here, you do it.’”

Mike had a gentle bedside manner with the women seeking his help, but he didn’t work for free.

His greed eventually became a point of contention with the Janes, and some of the women went on to learn to perform abortions themselves.

Surprisingly, religious folk were some of the Janes’ greatest allies. The doc details how the Clergy Consultation Service, comprising members of the priesthood, worked with the Janes.

“It’s not a theological argument,” Revered Dr. Donna Schaper says in the film: “I’ve had two abortions and I felt that God was with me, at my side, in all of these choices. It was a God-given decision.” .”

After their arrest in May ’72, the ladies spent the night in lockup at Chicago’s police headquarters at 11th and State Streets before a lawyer friend bailed them out.

The following year, Roe v. Wade rendered anti-abortion laws unconstitutional. The ruling not only allowed would-be mothers to freely end unplanned pregnancies, it also gave the Janes’ shrewd attorney, Jo-Anne F. Wolfson, the firepower she needed to get all charges against them dropped. Wolfson, who died in 2018, also worked to successfully get each of the Janes’ criminal records expunged.

Now, as Roe v. Wade is in danger over being overturned this month, Smith fears risky illegal and self-conducted abortions will leave desperate women in deadly predicaments.

“I’m really worried about the future,” she says.