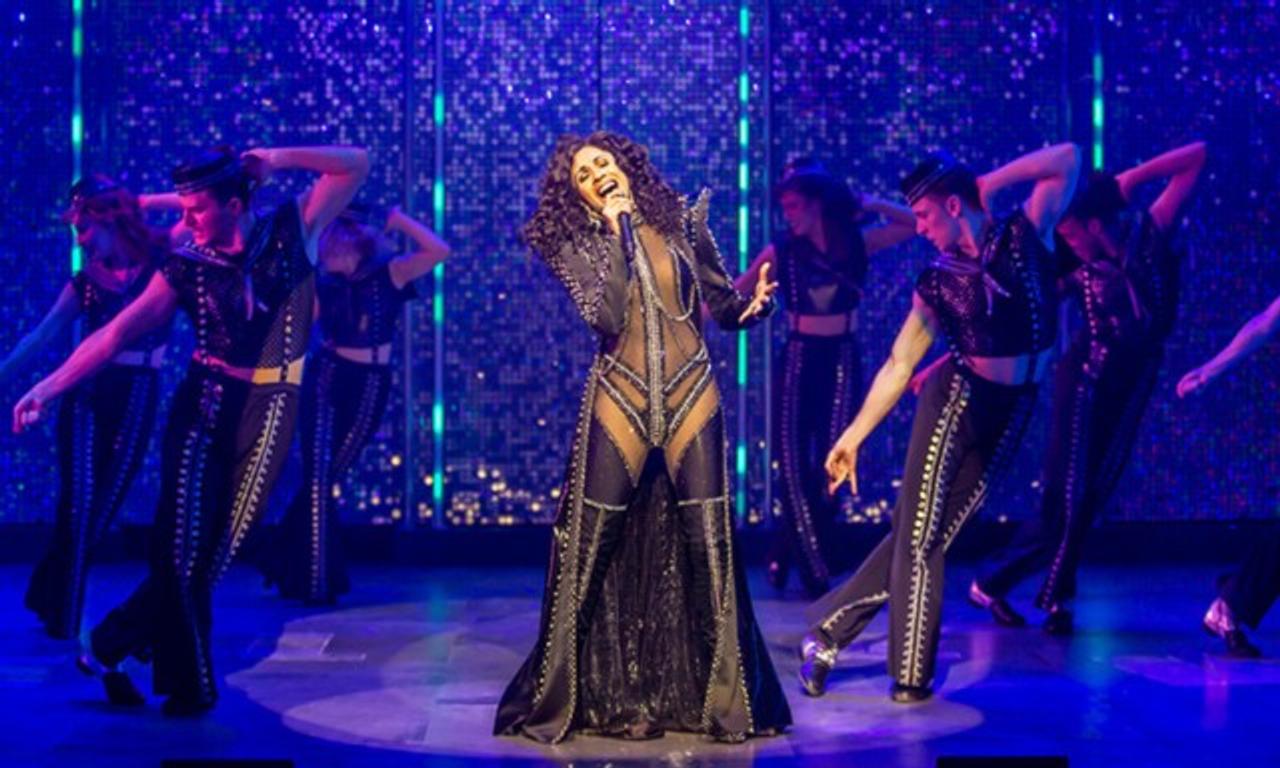 You might think you know Cher – but the question is, which Cher do you really know?

Is it the young and innocent Cher, who found her way into the music business almost accidentally, after being discovered by the man who would go on to be her husband, Sonny Bono?

Is it the thirtysomething Cher, who became a global megastar, had some of the biggest hits of the 1980s – but was battered, bruised and beaten down by the fame monster?

Or is it the older, more experienced Cher: the steely survivor, who reinvented herself as an actress and later, a dance music queen for a new generation?

The answer may change according to your own age – but therein lies the beauty of ‘The Cher Show’. The broadway hit, currently running at Dublin’s Bord Gais Energy Theatre in a new production directed by Arlene Phillips and choreographed by Oti Mabuse (both of ‘Strictly’ fame), intertwines three eras of one of pop music’s most enduring figures in a novel way.

‘Babe’, played by Millie O’Connell, takes on the early years – from her schooldays, where she is bullied for being a ‘half-breed’, to meeting Bono and finding fame as ‘the first hippies’ on British TV with ‘I Got You Babe’. ‘Lady’, played by the outstanding Danielle Steers, has perhaps the most interesting story arc; becoming famous in the early 1970s as one half of ‘The Sonny & Cher Show’, but also realising that she had been taken advantage of by her husband (played with the right blend of charm, deception and coldness by Lucas Rush). Debbie Kurup plays the older and wiser ‘Star’, the Cher forced to reinvent herself as an actress and a single mum-of-two, and perhaps accept that life has turned out a little differently than she imagined.

All three actresses nail Cher’s distinctive vocal mannerisms, and make a pretty good job of her one-of-a-kind singing voice, too: a highlight being a barnstorming ‘Song for the Lonely’ with all three actresses that brings Act I to a close.  Throughout the show, we hear some of her biggest hits – from ‘Just Like Jesse James’ to ‘Bang Bang’ and ‘Gypsies, Tramps and Thieves’. Boy, does she have some bangers in her back catalogue.

Throughout each era, all three actresses are often on stage, offering guidance and nuggets of wisdom to their older or younger selves with Cher’s trademark DGAF attitude. At one point, ‘Star’ frets about being too old to tour; ‘Uh, look at Mick Jagger!’, her younger alter-ego quips. “But I can’t stop working,” says Lady at another point, “now they want me to do ‘Thelma & Louise’!”. “Meh – Brad Pitt would just make you look old, anyway,” advises her experienced counterpart. The zingy script, written by Rick Elice (‘Jersey Boys’), certainly captures Cher’s well-known humour, while the ensemble cast keep things moving with dance routines that are solid, if perhaps a little bogstandard for a production of this calibre.

If there’s one thing to be taken from ‘The Cher Show’, however, it’s what a fantastic feminist icon that the singer and songwriter has been across the decades. The empowering ‘Believe’ – perhaps even now, her biggest hit – is woven into the story at various points, its motifs of “I know that I’ll get through this” and ‘I don’t need you anymore” proving particularly potent as she dissolves her partnership with Sonny Bono (played brilliantly by Lucas Rush) and survives yet another broken relationship or failed endeavour. Before the curtain goes down, the audience are invited to their feet to do what we’ve been longing to do all evening: dance, wave and sing along to some of the most iconic pop tunes of the last century. The audience – from teenagers right through to mammies and daddies and even seventy-somethings – can’t help but be swept up in ‘If I Could Turn Back Time’, ‘The Shoop Shoop Song’ and ‘Strong Enough’. No matter what Cher you know best, it’s been a hugely fun evening getting to know the others a little better.

‘The Cher Show’ runs at the Bord Gais Energy Theatre until July 30th.