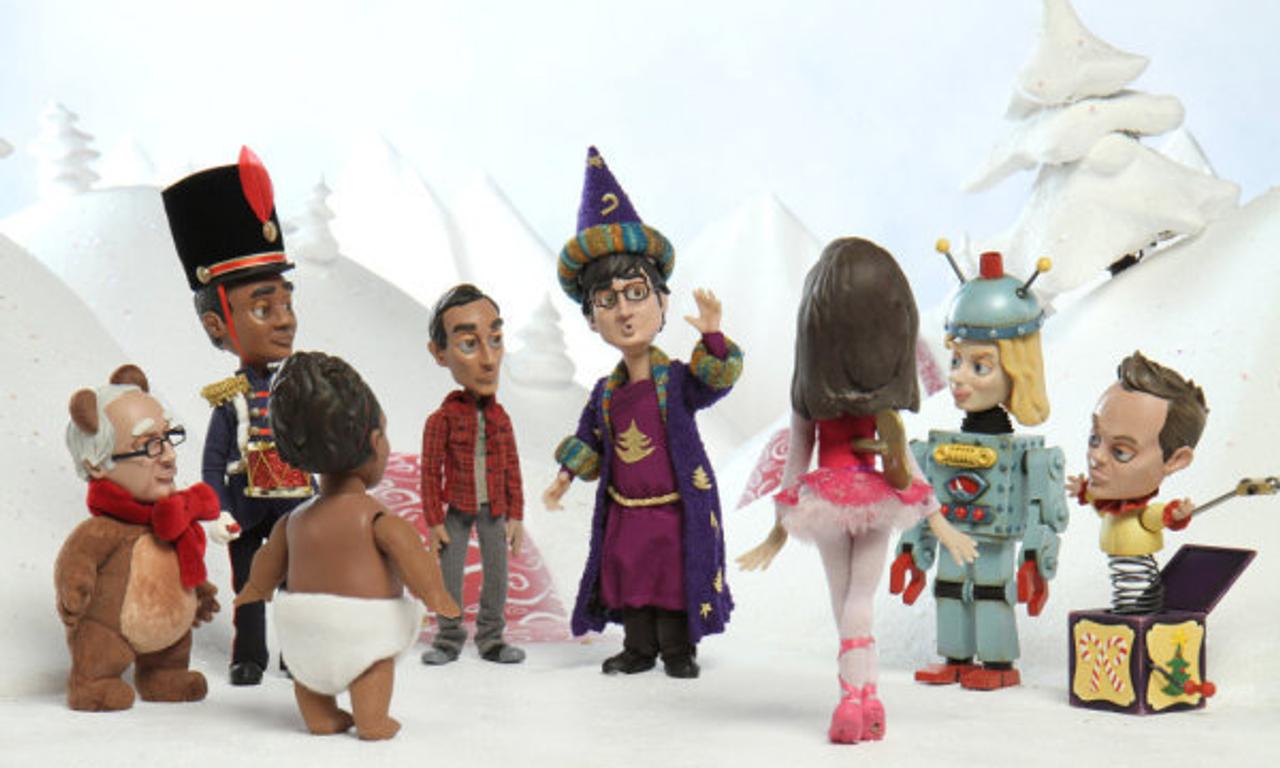 Setting a film or television show at Christmas opens up a wide sandbox for writers; there are so many directions and avenues the story can go in, and the very best ones become of the best episodes of their respective shows.

There is something about Christmas and comedy that goes together, much like turkey and cranberry sauce or chocolate and watching films on the couch.

Today we’re taking a look at the funniest Christmas-themed episodes of our favourite comedies.

Fill up on the mulled wine and join us.

Beyond having that brilliant Phantom Planet theme song and introducing an entire generation to bagel slicers, ‘The O.C.’ was a show with depth and substance underneath the flashy California facade.

Calling ‘The O.C.’ a sitcom may seem like a stretch, but whenever Seth Cohen is on screen, the show is as hilarious as one.

Seth Cohen is essentially the writer’s voice on the show, so any and all weird storylines that stem from Seth were the writers trying to see what they can get away with.

In this episode, the Cohen family introduces Ryan and the audience to the concept of “Chrismukkah”, a combination of Christian and Jewish celebrations of Christmas.

The Chrismukkah episodes became an annual tradition on the show, but you can’t capture lightning in a bottle twice, and the inaugural outing of the bi-religious holiday remains one of the shows best episodes.

Season 1 of ‘The O.C.’ is the show at its best when it’s still playing off the fish out of water characterisation of Ryan, and seeing him witness this strange new holiday his adopted family is celebrating is an example of what the show does best.

‘The O.C.’ is at its best when it shows Seth being his earnest self amid the cool and hip population of Southern California, and the scene where he explains the concept to a befuddled Ryan is one of the show’s great moments.

You could never accuse ‘Community’ of being conventional.

It took until ‘Rick and Morty’ for Dan Harmon’s subversive brand of comedy and deconstruction of meta-narratives to become a mainstream success, and this episode of ‘Community’ is one of the most imaginative episodes of television of the 2010s.

Centred around resident oddball Abed, the episode is an exploration into what makes Greendale’s lovable weirdo tick and uses the conventions of stop-motion to explore the character.

Any aspiring writer would do well to study what Harmon and Dino Stamatopoulos pull off in this episode, making it work as a typical Christmas-themed episode of TV and an in-depth character study.

The first season of ‘New Girl’ is still as fresh and exciting as when it aired 10 years ago, and this episode is a great example of why the show felt so vital and new when it aired.

By this stage of the season, the core group’s quirks and idiosyncrasies had been firmly established, and showing them off in a Christmas episode is a great way to let the writers flex their muscles.

Jess is unsure about her new relationship, Schmidt is trying to please everyone at the office Christmas party at his expense, Winston is caring, Cece is on hand to offer sage advice and Nick is trying to escape his own family problems.

Add in those 5 character motivations and you get an episode of TV that’s funny, frank and crucially for a Christmas episode, Christmassy.

The Christmas sandbox lets the characters and audience experience all the comedic situations a Christmas episode has to offer with the detour to Schmidt’s Christmas party a highlight of the episode.

The end of the episode where Nick drives the group to Christmas Street and instructs the residents to turn on the light is an example of what ‘New Girl’ got so right – it was funny and heartwarming at the same time.

No stranger to irreverence, ‘It’s Always Sunny’ was only ever going to tackle Christmas in one way.

Frank treats Dennis and Dee to their dream presents, but the pair immediately suspect something is up with Frank’s sudden generous streak.

One of the most famous scenes from the show spawns from this episode, where Frank sews himself inside a leather couch and bursts out in the middle of a Christmas party.

The demented nature of the scene is an example of why ‘It’s Always Sunny’ has become such a cult classic over the years; it’s a traditional Christmas episode of a sitcom, but done in its own signature way.

We see that Charlie had fond memories of Christmas growing up, but Mac’s was decidedly different.

When the penny drops for Charlie that his memories of Christmas are different from what actually occurred, the episode takes another patented twist.

Ultimately, the core gang realise the best way to celebrate Christmas is to try spread some festive cheer, but with this being an episode of ‘It’s Always Sunny’, this attempt backfires, and the final stretch of the episode becomes a Coen Brothers style descent into a moral tale.

“A Very Sunny Christmas” is a prime example of the show not playing by the conventional TV rulebook, and creates a modern holiday classic in the process.

‘Fraiser’, at its core, was a show that dealt with the human condition and the follies that came with it.

Christmas time is when certain emotions come home to roost and can be an unhappy time for some people, and this episode plays on that idea in the most ‘Frasier’ way.

Kelsey Grammar’s character opts to fill in a co-workers slot on Christmas Day to take his mind off his own personal problems and ends up depressing himself even further with callers inundating him with depressing life issues.

With all of his usual haunts closed for the day, Fraiser takes in a Christmas Day meal at a local diner and befriends a homeless person.

Fraiser realises he forgot his wallet at the office and realises he can’t pay for his dinner.

In one of the very best moments of the show, other restaurant patrons chip in so Frasier can pay for his meal.

It’s a striking Christmas-themed message: Christmas is the one time of the year people can come together and the ills of societies that plague us the other 364 days of the year are temporarily forgotten.

‘Fraiser’ was never a show for the laugh-out-loud hysterics, but in this moment, the show becomes heartfelt and as wholesome as a meal with your family.

Did we miss out on any of your favourite Christmas-themed sitcom episodes? Let us know in the comments!