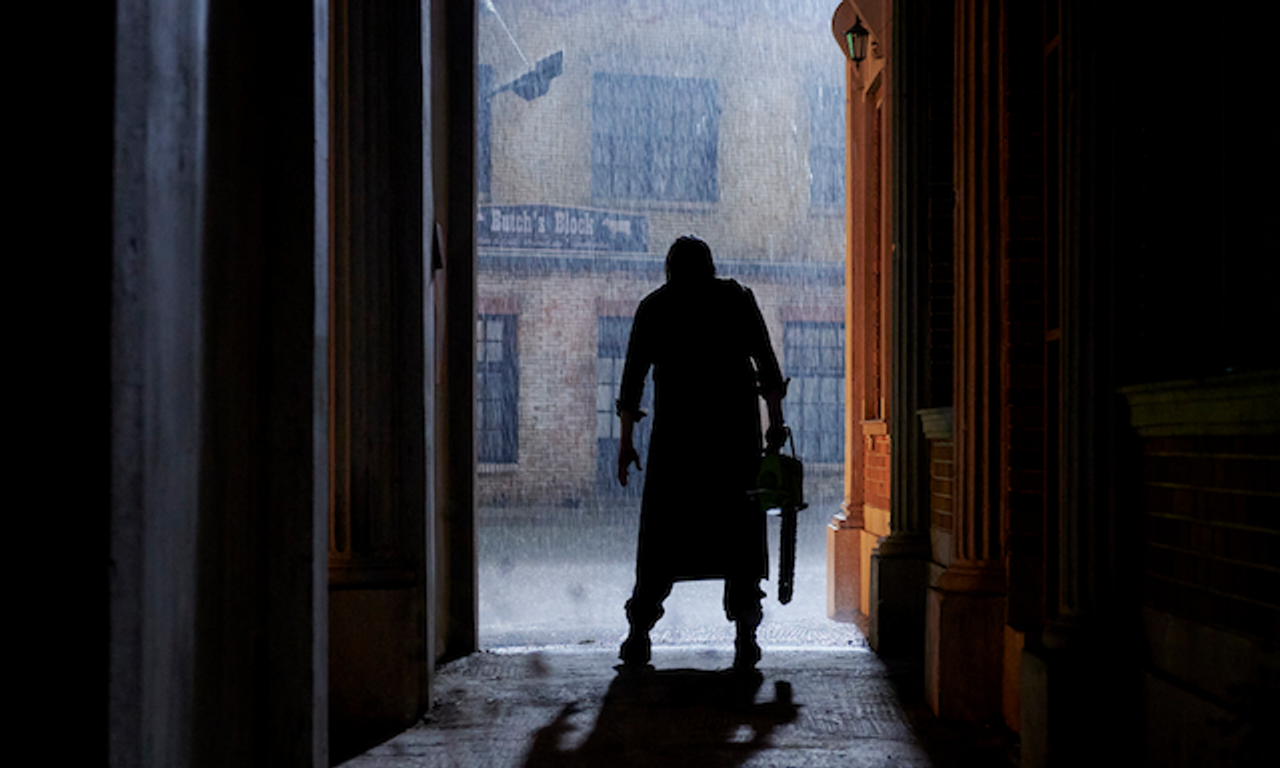 It’s not surprising that ‘Texas Chainsaw Massacre’, at a brisk hour and twenty-odd minutes, never fails to make a lasting impact despite trying to out-gore itself at every turn.

Inside of the first fifteen minutes, you see a man’s arm snapped off and the bones used to stab themselves in the neck. You also see a Confederate flag proudly waving above a foreclosed town where a bunch of city hipsters are planning to gentrify the place. Clearly, ‘Texas Chainsaw Massacre’ has lots to say and lots to do, but the problem is it’s all so breathlessly fast and so tirelessly trying to stitch the thing together that none of it ever really settles properly. Instead, the whole thing just shambles along like Leatherface, impaling people on its madness and chainsaws, and hoping for the best.

‘The Dig‘ directors Andy Tohill and Ryan Tohill exited the movie during production, with David Blue Garcia sent in afterwards to try and fashion something out of the whole experience. Irish actors Moe Dunford and Olwen Fouéré are still in the cast, with the latter playing the lone survivor of the original movie, Sally Hardesty, now a hardened Texas Ranger who spent the intervening years hunting Leatherface. If that sounds something along the lines of ‘Halloween’, you’re not wrong.

It’s clear that ‘Texas Chainsaw Massacre’ was revved up – no pun intended – in the wake of its success, and what’s been intriguing about so many of these horror legacy sequels is that they’re trying to elevate the source material by infusing it with today’s ideas. We now have a much better understanding of generational trauma than we did in the ’70s, and audiences are savvier now than they’ve ever been. Yet, in ‘Texas Chainsaw Massacre’, it seems like the script is a secondary consideration to the ultra-violence on show. More than that, there’s no originality or no real sense of horror to any of it. It’s just shock value antics, refusing to allow for any kind of atmosphere to formulate.

What makes it all so frustrating is that there’s clearly a decent idea at work here, but the chaos of it all just seems to swallow it whole. Elsie Fisher, who had a star-making turn in Bo Burnham’s excellent ‘Eighth Grade‘, plays a school shooting survivor, thrown into another vortex of violence. Alice Krige has all of maybe five, ten minutes of screentime and barely registers. The very idea of a horror town being gentrified and the serial killer who lives there fighting back is a fascinating one. Yet, none of it connects because it’s all so clogged with gore and madness.

Like the titular chainsaw, ‘Texas Chainsaw Massacre’ is loud and brutal. It’s barely effective, and ultimately, it leaves a mess in its wake.