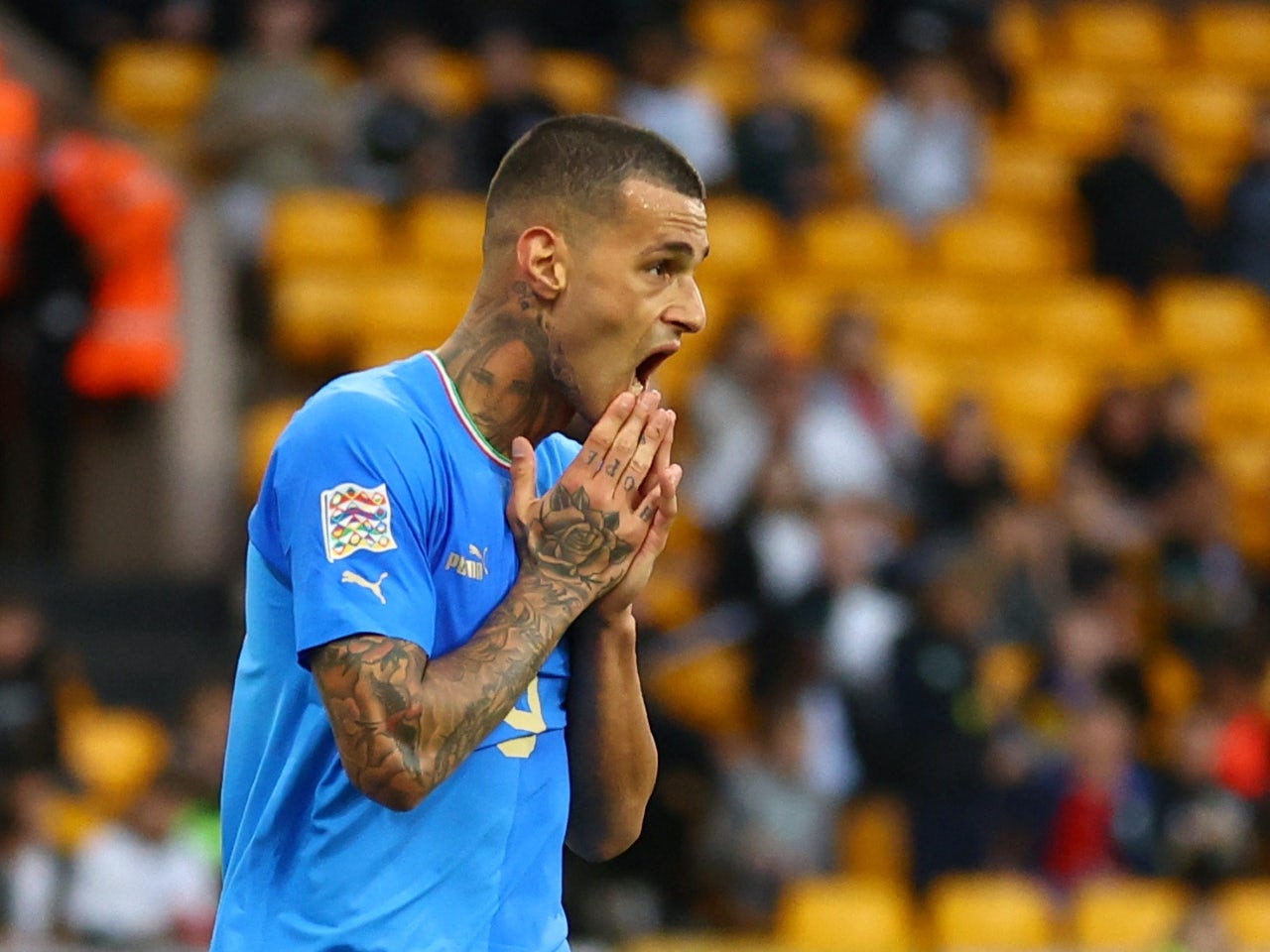 West Ham United striker Gianluca Scamacca has been named in Italy‘s starting lineup to face England in their penultimate League A Group 3 fixture in the UEFA Nations League on Friday.

The 23-year-old, who is starting just his fourth international match for the Azzurri, replaces Lazio’s Ciro Immobile who misses out due to a minor muscle injury.

Italy have also announced that AC Milan midfielder Sandro Tonali is ruled out with a muscle problem, joining the likes of Marco Verratti, Lorenzo Pellegrini and Matteo Politano on the sidelines.

Roberto Mancini has seemingly decided to use a 3-5-2 formation, with centre-backs Leonardo Bonucci, Rafael Toloi and Francesco Acerbi lining up in the back three in front of goalkeeper Gianluigi Donnarumma.

Giovanni Di Lorenzo and Federico Dimarco are both handed starts as wing-backs, while Jorginho, Nicolo Barella and Bryan Cristante will operate in centre-midfield.

Scamacca will be joined in attack by former Sassuolo teammate and current Napoli forward Giacomo Raspadori.

The likes of Alessandro Bastoni, Emerson Palmieri, Wilfried Gnonto, Vincenzo Grifo and Manolo Gabbiadini are all options for Mancini on the substitutes’ bench.

As for England, Harry Maguire, Jude Bellingham, Phil Foden and Harry Kane are among those to be named in Gareth Southgate‘s starting lineup, while AC Milan’s Fikayo Tomori is on the substitutes’ bench.