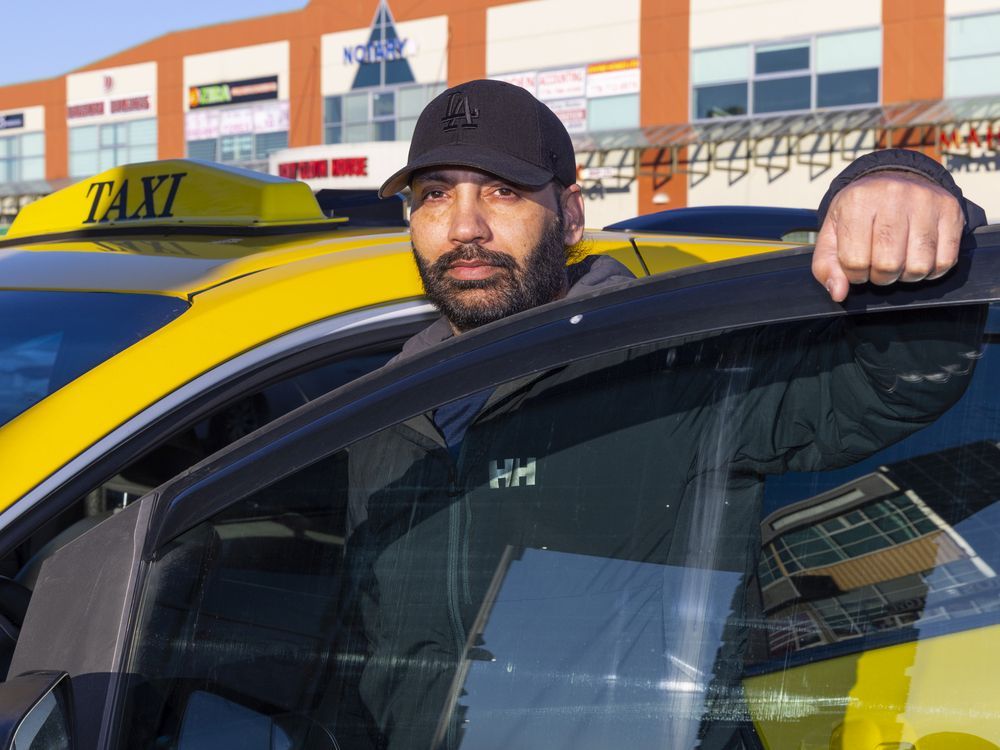 Surrey taxi driver Amandeep Grewal, who works 12 hours a day to provide for his wife and six-year-old son, says skyrocketing gas prices are taking hard-earned money away from his family.

“We are making the same amount of money, but the cost of gas is coming from our own pockets,” said Grewal, who is one of 121 drivers in the Lower Mainland working for Surdell Kennedy Taxi.

As the price for regular gasoline reached a new high of $2 per litre in parts of Metro Vancouver on Friday, it left many who depend on their vehicles for work strapped to find alternative ways to recoup their losses. It is also leading to growing calls for relief.

Mohan Kang, president of the B.C. Taxi Association, said drivers can only charge the rates set on their taxi’s meter.

Kang has requested the Passenger Transportation Board to enact a fuel surcharge for taxi trips, similar to a 3.5-per-cent levy implemented in July 2008 when the price of regular gas surpassed $1.35 per litre.

“In this scenario, gas prices in B.C. don’t seem to be slowing, and the carbon tax will go into effect this April, adding another cent to the cost of a litre of gas. The government needs to do something about it — not tomorrow, but now,” he said.

Jessica Hodge, operations director of the Passenger Transportation Board, said a review of taxi ride costs is underway.

“Annually, the board conducts a Taxi and Limousine Cost Index review to identify rate increases for taxis. The rate increases are based on the Consumer Price Index for B.C. and attempt to strike a balance between the interests of transportation operators and the consumers they serve.”

The board’s latest review is expected to be completed by April.

B.C.’s gas costs are surpassing those of most other provinces, including oil-rich Alberta, where pumps offering fuel for under $1.50 per litre are becoming rare. Drivers in Newfoundland and Labrador are also seeing the $2-per-litre cost for the first time.

In Canada’s biggest market, Toronto, prices climbed to $1.74 per litre on Friday.

Al Quiring, one of the heavy-tow operators behind Langley’s Quiring Towing and Recovery, said the situation is getting out of hand.

“A diesel bill that cost us roughly $12,000 six months ago now is at an $18,000 monthly bill for running a T800 High Hood wrecker,” said Quiring, who is contracted independently by drivers and by the Ministry of Transportation to recover out-of-service vehicles.

“With the cost of fuel so high, making a trip out to Prince George to pull a dump truck from a ravine is almost like working for free.”

To account for the volatility of the global petroleum market, Quiring Towing and Recovery increased its fuel surcharge by three per cent in February to 18 per cent.

“We may have to go up more on the surcharge,” the tow truck driver said, noting that no restrictions currently limit independent towing service costs in B.C.

“However, the industry is full and we could lose out on jobs if we don’t stay competitive with pricing — even if it means coming out with less profit in the end.”

He wants to charge more but is worried fewer customers would be willing to pay.

While B.C.’s Passenger Transportation Board limits limousines services to a rate of between $75 to $150 per hour and a five-per-cent fuel surcharge, the cost of a roundtrip from Vancouver to Whistler — a common journey for his contracted drivers — works out to $90 for gas, Seo said.

“If I go with the maximum hourly rate, people will hang up on me. The only alternative I see for the future is to invest in electric cars so we won’t need to worry about gas anymore.”