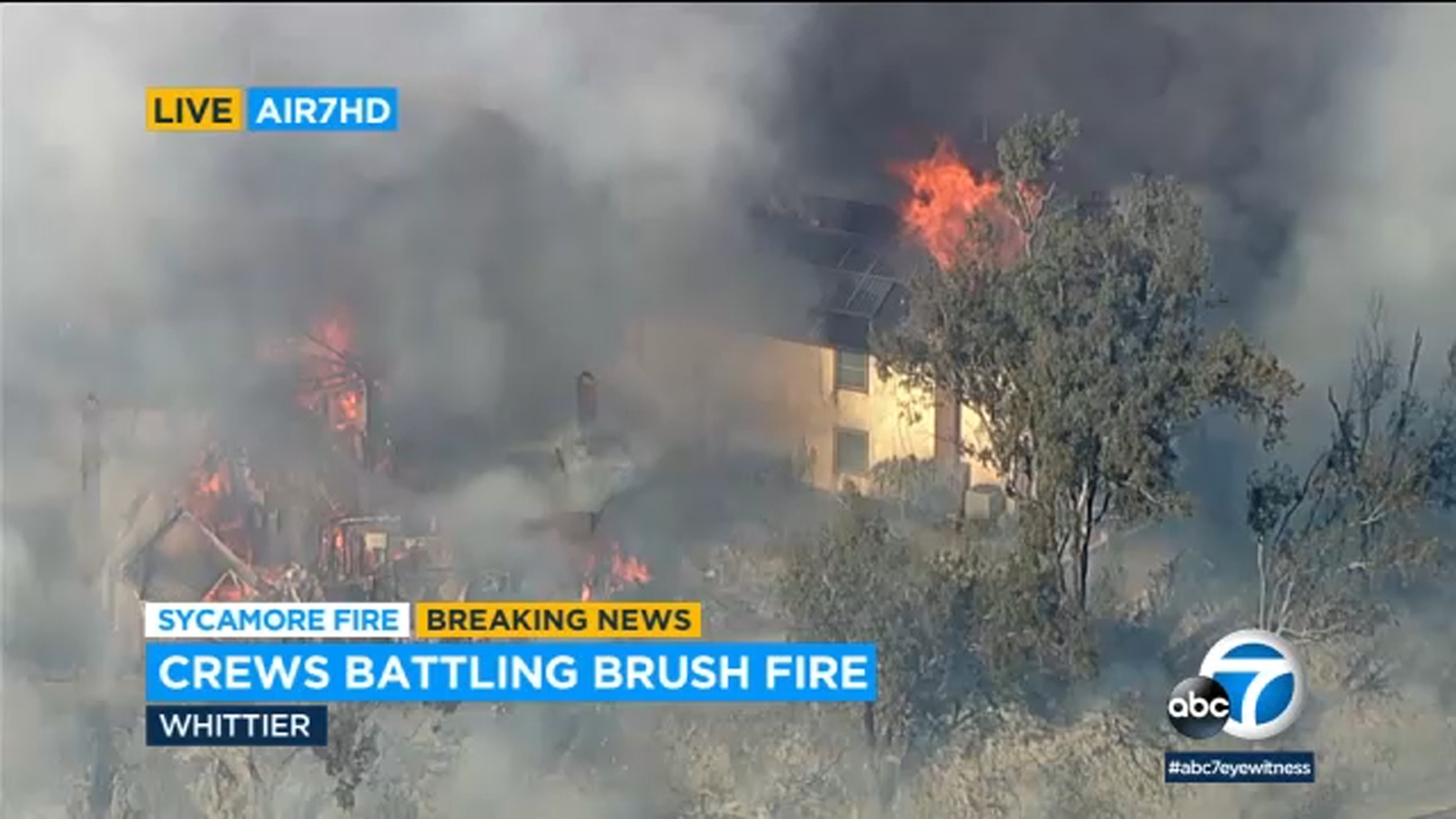 According to authorities, the fire broke out at around 2:30 p.m. in the area of Cinco View Drive and East Banyan Rim Drive, near Sycamore Park. It grew to about 7 acres at one point.

The fire was mostly put out shortly after and was downgraded to about 4 acres. Crews were making progress with 20% containment, according to an alert posted on Twitter.

*UPDATE* Forward progress of the #SycamoreFire has been stopped. Updated acreage is now reported at approximately 4 acres, which is down from earlier estimates. Crews are making good progress with 20% containment.

AIR7 flew above the area and captured the two homes up in flames. More than 200 firefighters were requested to assist and were spotted putting out hot spots throughout the area.

At around 4 p.m., most of those spots appeared to have simmered down, though the area remained on high alert.

No injuries were immediately reported.