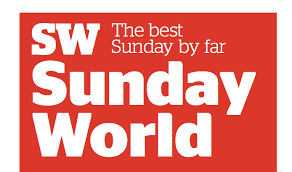 It has been a whirlwind weekend for Terrence Mashego. Last week he was unveiled in style by Mamelodi Sundowns as their latest acquisition after joining the Brazilians from Cape Town City.

On Wednesday, he was forced to leave the Bafana Bafana camp after he arrived with a niggling thigh injury.

Mashego did not train with his Bafana teammates since arriving in camp on Monday and Tuesday. And after examination and tests by the Bafana medical team, the stylish left-back was ruled out of the two matches against Sierra Leone and Botswana on Saturday and Tuesday respectively.

He has been handed back to his club Sundowns’ medical team to continue with the treatment.

“Terrence sustained an injury prior to joining the Bafana camp and as standard procedure, he needed to present himself to the national team camp for assessment and investigations. And based on those, a decision is then taken to keep or release the player from camp. Mashego did not train at all since arrival whilst we were awaiting radiological investigations to confirm our diagnostic suspicions. So, we have now secured radiology papers and a scan which confirmed the left thigh injury and we had to release him from camp and hand him to the care of his club medical team who have been informed and will continue with treatment going forward,” Molobi told the Safa media officer.

“What was important is that we did not want to exacerbate the injuries (of him and Lylye Foster) and we excluded him from training since arrival. We were awaiting scans to confirm the actual extent and nature of the injuries. As is with every single camp, we are bound to inherit niggles and injuries that players bring in. This is a contact sport and the bulk of the players played over the weekend. So, the weekend was jam packed with PSL action and even overseas players all of them had match bruises. We are working around to manage those but the moment the boys are looking good and we will take one day at a time.”

Foster, who scored Bafana’s goal against Morocco in the 2023 Afcon qualifiers, was replaced by Ashley du Preez of Kaizer Chiefs.