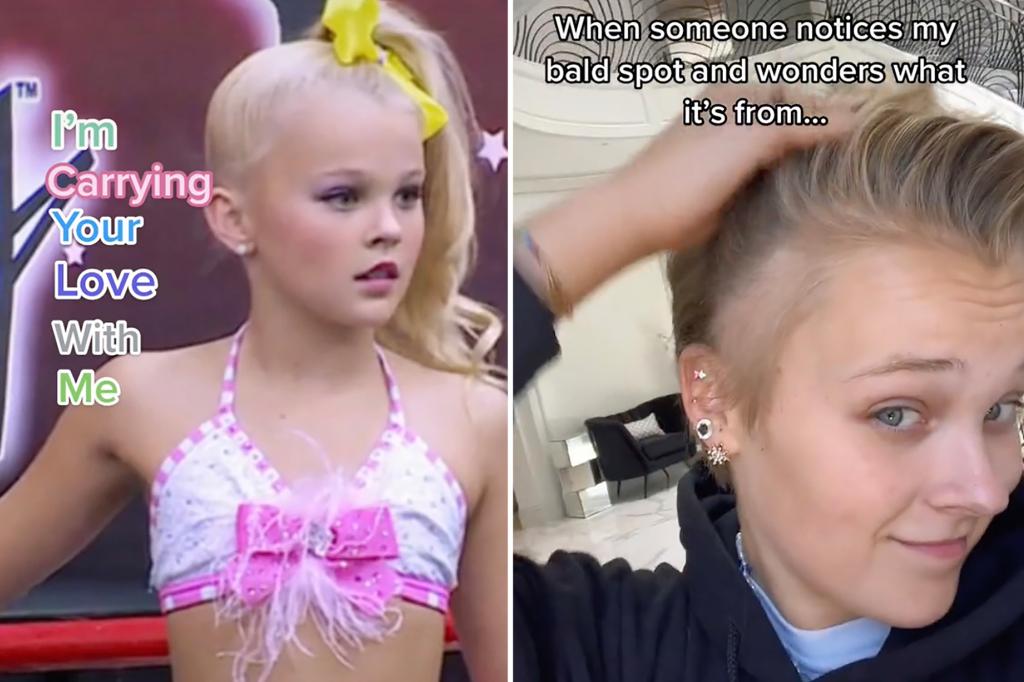 JoJo Siwa wants to be clear: Her bald spot is not because of her iconic ponytails.

Amidst her drama with “Full House” actress Candace Cameron Bure, she released a TikTok with the text reading: “When someone notices my bald spot and wonders what it’s from…”

The video, which has topped 23 million views, shows multiple clips of the blonde crying in the reality series “Dance Moms.”

Viewers suggested her tears were because the former Nickelodeon star wore her hair in a tight side ponytail, with one person commenting, “We tried telling her.”

However, Siwa quickly slapped down that comment in another video with more than 11 million views.

“It’s actually not from the ponytails, because if it was from my ponytails — considering it went on this side — it would be this,” as she showed viewers what side of her head the ponytail was usually on.

Instead, she explained that the bald spot was “a stress rash” that developed on the show and which she would pick at constantly.

“I damaged every single hair follicle that has ever been right there,” Siwa said, adding that eight years later the hair is finally starting to grow back.

Subsequent comments responded in a more positive manner, with many apologizing for the “trauma” Siwa went through on the show.

“No need to explain! We definitely understand, I go through stress so much!” read one comment.

This all comes after the “Dancing With the Stars” runner-up posted another TikTok calling Bure “the rudest celebrity she’s ever met” because Bure refused to take a picture with her on a red carpet in 2016.

Bure apologized through an Instagram video on Tuesday, and Siwa — who was 12 at the time of the interaction — has claimed that she understands the hectic nature of red carpets now that she is an adult.