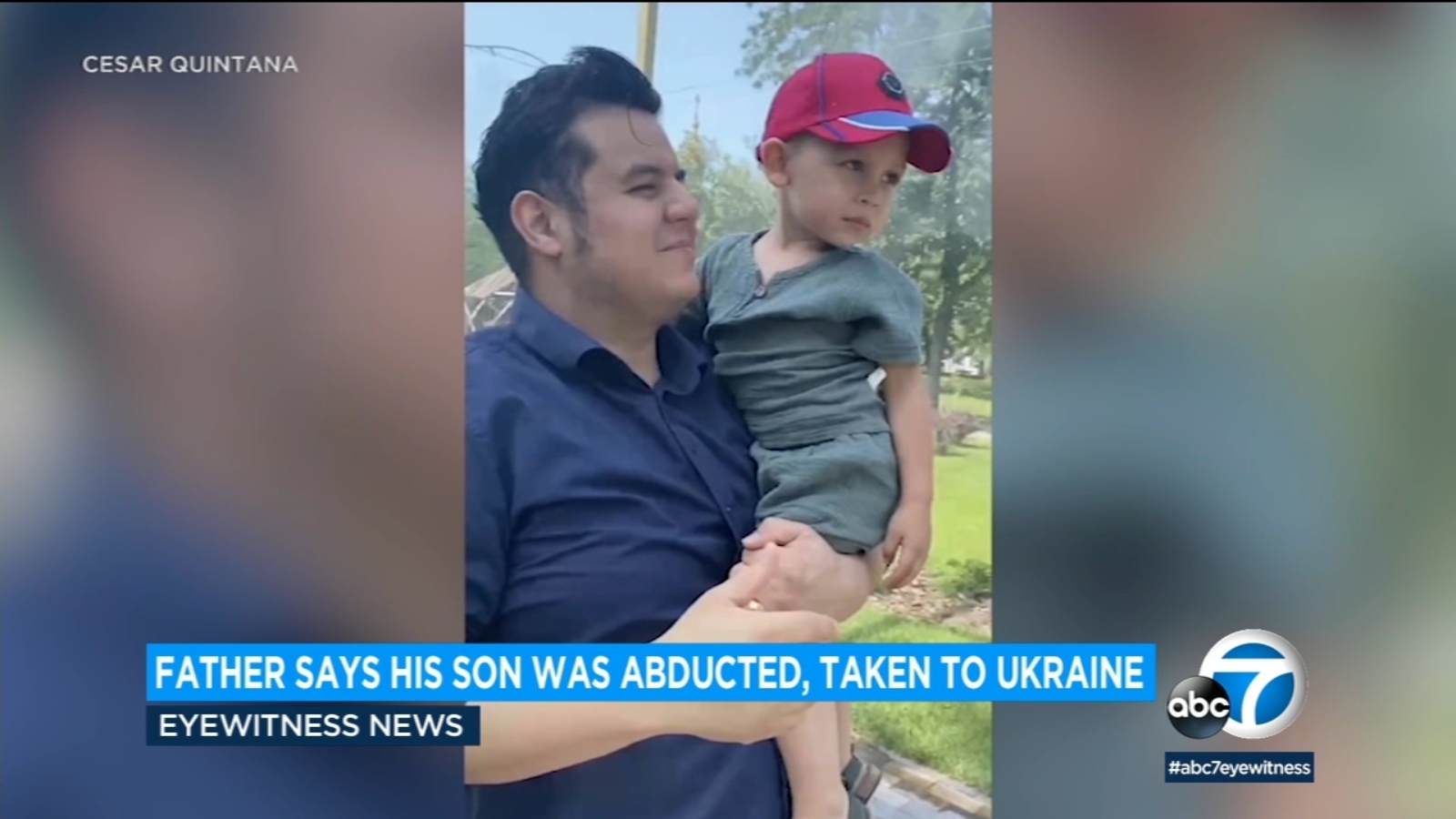 LOS ANGELES (KABC) — An Orange County man is pleading to be reunited with his 2-year-old son after the child’s mother allegedly abducted him and took him to live in her native Ukraine.

Cesar Quintana is desperately trying to bring his son home.

Quintana said his son, Alexander, was kidnapped in Orange County by his mother in December of 2020.

The child’s mother, who is Ukrainian, took him to Mariupol, a city that has been under fire since Russian troops invaded Ukraine.

Quintana said Alexander is in the care of his maternal grandmother.

He spent several months in Ukraine trying to convince her to let him bring his son back to California.

“And then she changed her mind and said, ‘Well, give me the money, and I’ll raise him and then when he’s older and he learns the right morals he can come home,'” Quintana said.

He was allowed occasional visits with Alexander but hasn’t seen the 2-year-old in months.

“I saw him some time in November, and yes, I would see him in exchange for money, for support to his grandmother, and it was always with basically armed guards that she had,” Quintana said.

Quintana was forced to leave Ukraine when his visa expired.

Images of violent attacks in the country is causing more heartache and concern about Alexander’s safety.

“I’m always fighting those feelings of despair because my son’s alive and he needs me,” Quintana said.

He said he won’t stop fighting for Alexander.