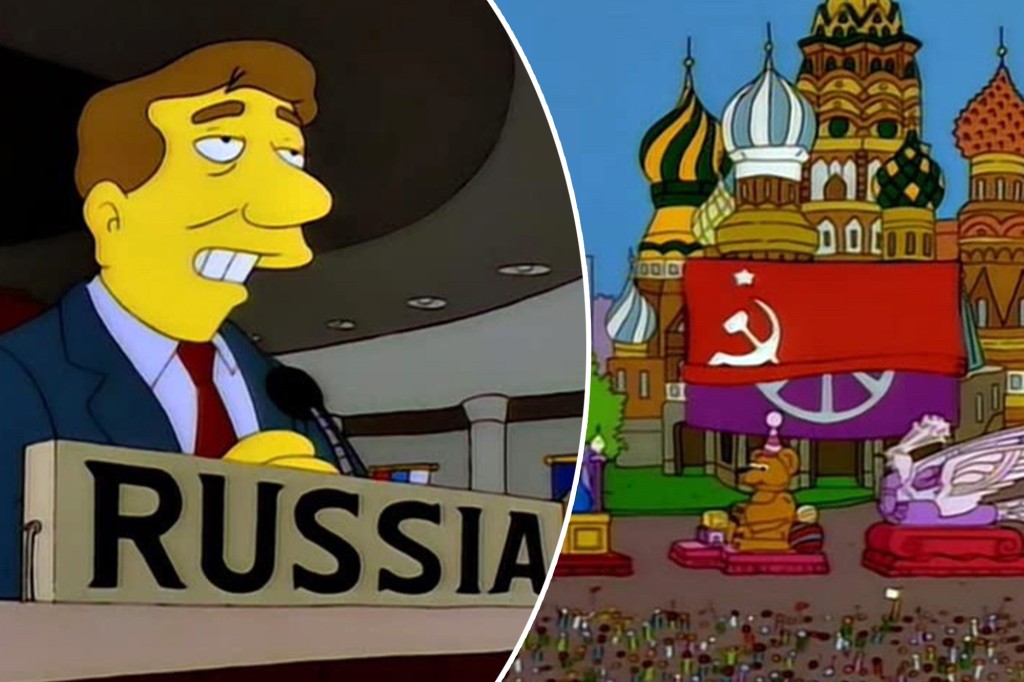 Often credited with predicting Superbowl outcomes among other light-hearted events, “The Simpsons” has most recently been credited on social media for anticipating something not so humorous: Russia’s invasion of Ukraine.

Following to the tragic event, astute Twitter users analogized the conflict to a 1998 episode in the prophetic series called “Simpson Tide.” In it, Homer accidentally fires a submarine captain into Russian waters during a military exercise, prompting a newly resuscitated Soviet Union to deploy troops and tanks to the streets and instantly resurrect the Berlin Wall.

The troubling parallels were affirmed by “Simpsons” showrunner Al Jean, who tweeted: “Very sad to say this was not hard to predict.”

“I hate to say it, but I was born in 1961, so 30 years of my life were lived with the specter of the Soviet Union,” Jean elaborated in an interview with the Hollywood Reporter. “So, to me, this is sadly more the norm than it is a prediction. We just figured things were going to go bad.”

The Michigan-born animator continued, “Historical aggression never really goes away, and you have to be super vigilant. In 1998, when this clip aired, it was maybe the zenith of U.S.-Russia relations.”

“But, ever since [Russian President Vladimir] Putin got in, almost everybody has made it clear that he’s a bad guy and bad things are going to happen,” he added.