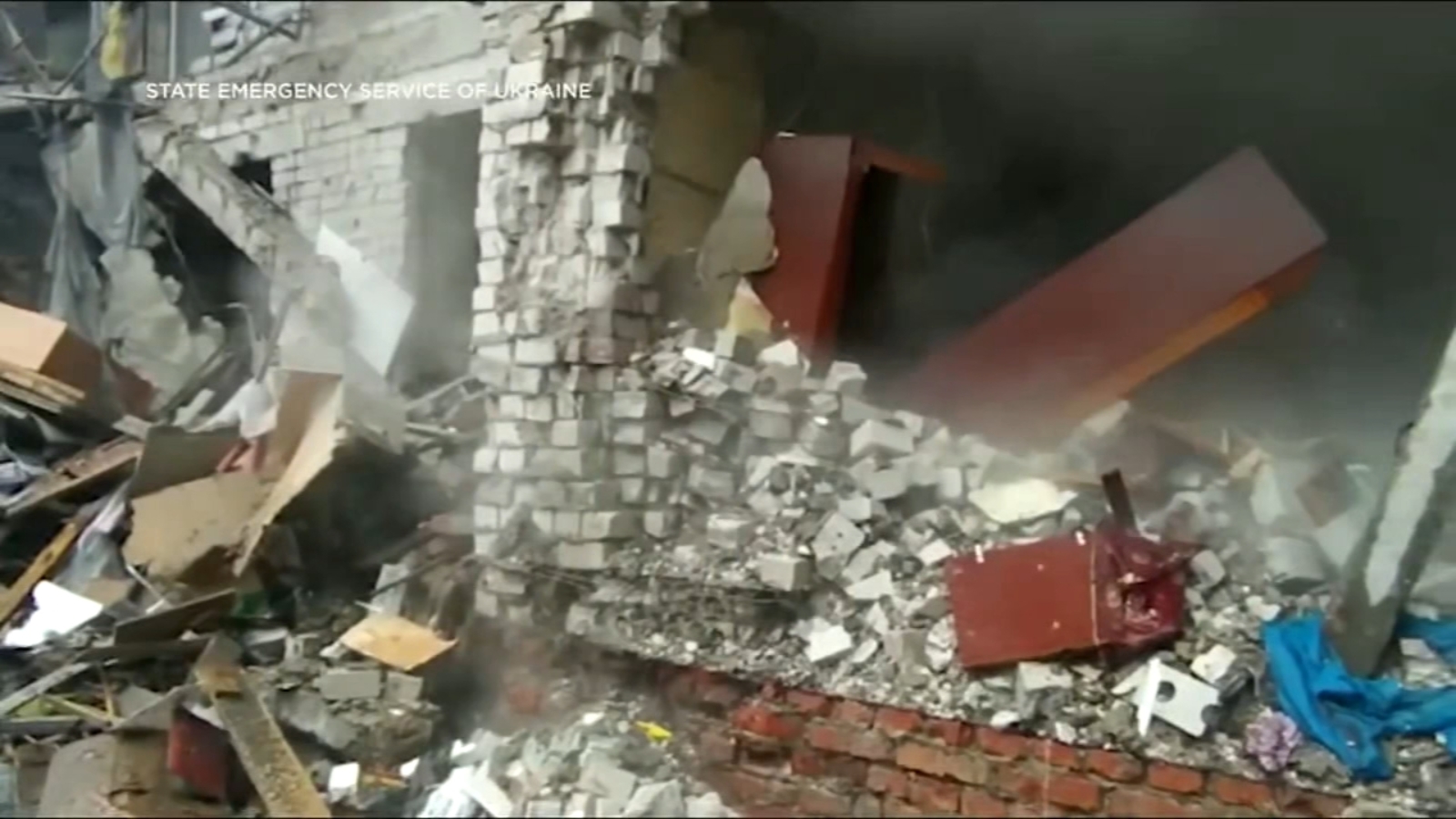 SAN FRANCISCO — It was a night of panic at a nuclear power plant in Ukraine Thursday.

After taking fire from Russian forces, parts of the plant, which is one of the largest nuclear centers in the world, caught fire, prompting Ukrainian officials to call for an immediate stop to fighting in the area in a bid to avert a potential global disaster.

The news comes amid an escalating war in the eastern European country.

The crisis has caused over one million people to flee, seeking refuge in neighboring countries.

TAKE ACTION: Local and national support for people in Ukraine

But while many are fleeing, others are looking to head the opposite direction.

Yan Semenovskyi is a Ukrainian who is doing a medical residency here in the United States. He’s been staying in San Francisco for the past week.

“I was speechless, and I basically woke up drenched in sweat and the first thing that came to mind was to call all of my friends, all of my family members to make sure that everything is fine. That everybody is safe,” Semenovskyi said.

If you’re on the ABC7 News app, click here to watch live

Semenovskyi says the past week of the war has hit him hard. He’s thousands of miles from home and left feeling unable to help his friends and family.

Now all that is set to change, as Semonovskyi says he will make his way back to his native Ukraine to help fend off the Russian invasion, hoping to use his medical training to serve his homeland.

“My profession is to heal the people and to bring life, so that is my major goal and aim,” he said.

With the country now a warzone, the 27-year-old says he’s well aware of the risks, but assures me he remains undeterred.

“Nobody wants to die. Everyone is scared of death. But in this case, I don’t know, it’s like a moral duty,” Semenovskyi said.

His family too, like millions of other Ukrainians, is doing their part to help the war effort.

His sister is delivering supplies to those most in need. His grandfather building a bunker to shelter from Russian bombs.

“And my grandma is staying home right now and she made a few Molotov cocktails in her balcony. Before she used to feed the pigeons,” Semenovskyi said.

But Semenovskyi says it’s more than just himself or his country at risk if Ukraine loses this war.

“Right now they’re trying to fight for the rights and for the freedom of all the democratic world,” he said.

Semenovskyi isn’t the only one interested in heading to Ukraine to help fend off the Russian invasion. The Ukrainian consulate here in San Francisco says they’ve received interest from hundreds of people.

Dmytro Kushneruk is the Consul General of Ukraine in San Francisco.

He tells me hundreds of Americans here in the Bay Area have also reached out, interested in going to Ukraine to aid the wartime effort.

“The number of those who called us or wrote emails and we have managed to process their request is about 1,400 people,” Kushneruk said.

It’s a move he says that has touched the hearts of Ukrainians around the world.

“At the beginning we were a bit surprised that there were so many people. Now we get used to it, now we understand that we feel this unity of the world,” Kushneruk said.

But with so much at stake and fighting against a drastically outsized Russian army, Semenovskyi believes Ukrainians will ultimately prevail, giving hope not just to their people, but also the world.

“Our people will never be defeated. They will never surrender,” Semenovskyi said.