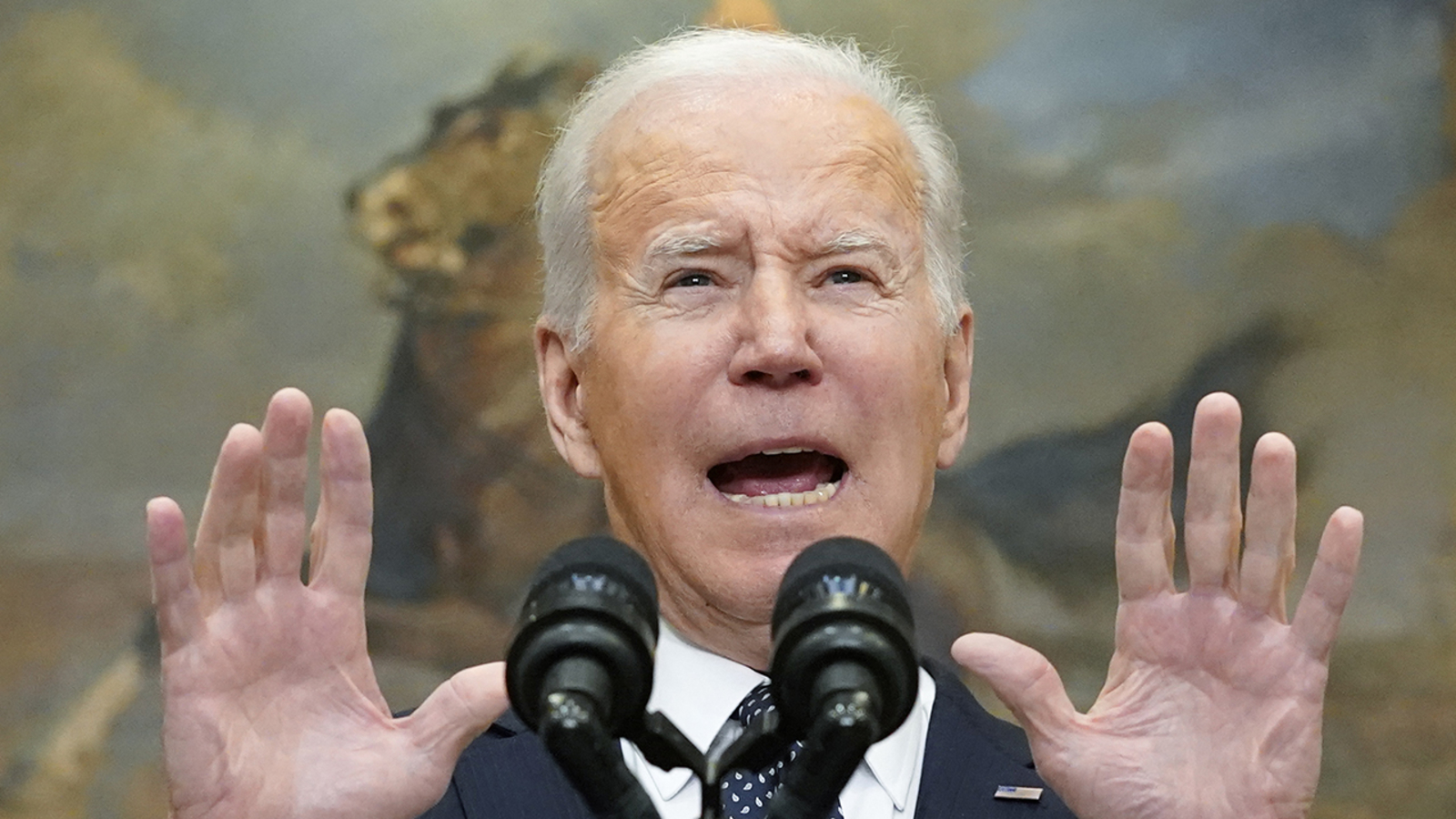 WASHINGTON — President Joe Biden spoke to the nation Friday on the crisis with Russia over Ukraine, amid increased shelling in eastern Ukraine and possible false-flag attacks he said Russia could use to falsely justify an invasion.

Appearing to go further than he has before about what Russian President Vladimir Putin might do, Biden said, “I am convinced he has made the decision” to invade.

Asked again by a reporter why he was so confident, he responded, “We have significant intelligence capability,” Biden said.

“We have reason to believe the Russian forces are planning to and intend to attack Ukraine in the coming week — the coming days,” he said. “We believe that they will target Ukraine’s capitol of Kiev, a city of 2.8 million innocent people. We’re calling out Russia’s plans loudly and repeatedly not because we want a conflict,” Biden said, but to prevent them from moving.

He made the remarks after he held a call with translatlantic leaders to discuss continued efforts at deterrence and diplomacy and what the White House called “Russia’s buildup of military troops on the border of Ukraine.” He said he spoke with members of Congress attending the Munich Security Conference as well.

“Despite Russia’s efforts to divide us at home and abroad, I can affirm that has not happened. The overwhelming message on both calls was one of unity, determination and resolve,” Biden said.

Although he has said a diplomatic resolution is still possible, on Thursday he called the threat of conflict “very high” and that he expects Russia to invade Ukraine “in the next several days.”

Canadian Prime Minister Justin Trudeau participated in the call, along with the leaders of France, Germany, Italy, Poland, Romania, the United Kingdom, the EU, and NATO, according to Trudeau’s office.

On Friday, the leader of Russian-backed separatists in eastern Ukraine called for his supporters to begin a mass evacuation to Russia, claiming Ukraine was readying for an invasion of the region. Ukraine immediately denied the claim.

The Biden administration has repeatedly warned Moscow will likely manufacture Ukrainian provocations to justify an invasion of its smaller neighbor.

“All Kyiv needs to do is sit down at the negotiating table with representatives of Donbas and agree on political, military, economic and humanitarian measures to end the conflict,” Putin said Friday during a news conference alongside the leader of Belarus.

But Putin continues to demand assurances from the West that Ukraine will never join NATO, a concession U.S. officials are unwilling to make.