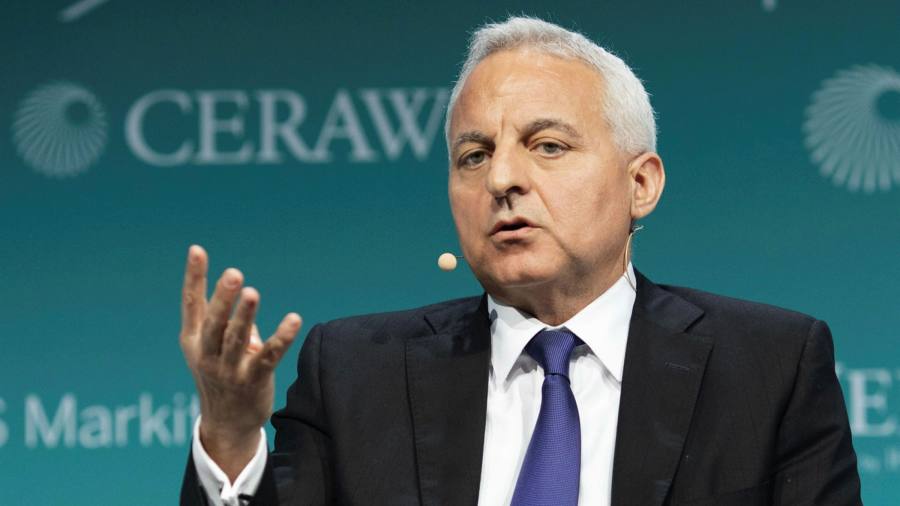 Rolls-Royce has named a private equity partner and former BP executive to succeed Warren East as the company’s chief executive.

The FTSE 100 engineering group said on Tuesday that Tufan Erginbilgic would take up the role at the start of next year.

Erginbilgic, 62, is a partner at Global Infrastructure Partners, a private equity firm that focuses on large-scale investments in infrastructure businesses. He spent more than 20 years at BP, including five in its executive team, and was head of the refining and marketing division before he left the oil company in 2020.

Rolls-Royce has been looking for a new chief since East announced in February that he would leave the group at the end of the year.

The coronavirus pandemic led to the grounding of most of the world’s airline fleet and hit Rolls-Royce, whose engines power wide-body planes. In 2020 it embarked on a sweeping restructuring plan to cut 9,000 jobs and had to shore up its balance sheet with £7.3bn of new equity and debt.

By choosing Erginbilgic, Rolls-Royce has continued its practice of going outside the organisation to fill its top management positions. East was previously chief executive of chipmaker Arm Holdings.

The relatively unknown Erginbilgic will need to steer Rolls-Royce back to full financial health and navigate the threat decarbonisation poses to a business built on engines powered by oil products. Under East, the company has invested in electric aircraft and small modular nuclear reactors.

Analysts at Deutsche Bank said the news was “neutral to positive” for the group because it clarified the leadership issues at the helm. While Erginbilgic had “limited aerospace experience, he appears to be a seasoned industry professional with extensive experience in delivering strong improvement in profitability”, they added.

Rolls-Royce shares, which have fallen 27 per cent since the start of the year, were little changed on Tuesday morning at 92.5p.

Erginbilgic, who is a dual UK and Turkish national, will receive a base salary of £1.25mn, 30 per cent of which will be paid as shares deferred for two years.

Frew on Tuesday said Erginbilgic was a “proven leader of winning teams within complex multinational organisations, with an ability to drive a high-performance culture and deliver results for investors”.

“He has extensive strategic and operational experience and a firm understanding of safety-critical industries, including aerospace, as well as the challenges and commercial opportunities presented by the drive for low-carbon technologies,” she added.

Erginbilgic said he was determined to “build a platform for growth in order to create value for all stakeholders”.