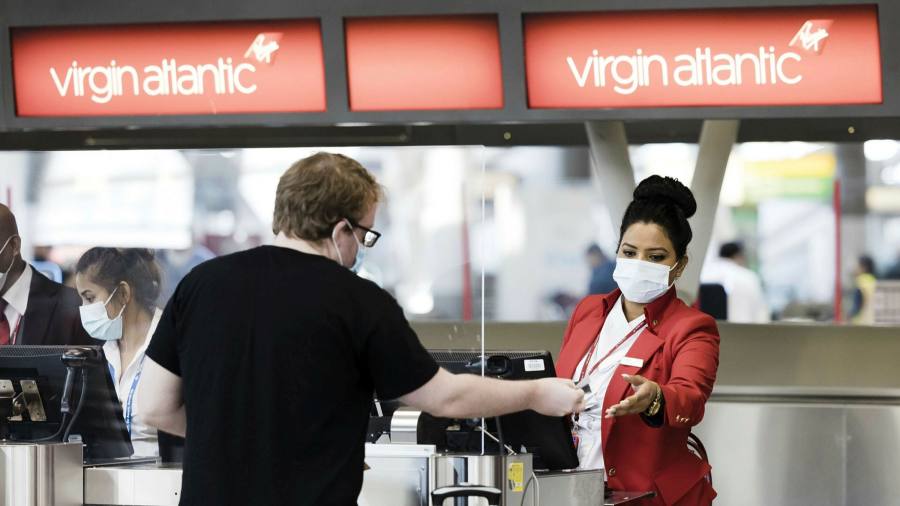 Sir Richard Branson has given Virgin Atlantic a cash injection in a £400m funding round to support the airline as the outlook for the travel sector darkens.

Branson’s Virgin Group, which owns 51 per cent of the airline, has invested £204m, while US carrier Delta Air Lines has committed £196m, maintaining its 49 per cent stake in the British carrier.

The new funding agreed on Monday came as the emergence of the Omicron coronavirus variant and travel restrictions across many parts of the world have begun to hold back the fragile recovery of the travel industry.

Bookings for transatlantic flights have been hit by between 30 and 50 per cent following the outbreak of the new variant and travel restrictions, Shai Weiss, Virgin Atlantic’s chief executive, told the Financial Times.

“This has had an impact, and I would say it is dampening demand materially,” he said.

The disruption has come at a difficult time for Virgin Atlantic, which had hoped the full reopening of transatlantic travel on November 8 would mark the start of a full recovery in passenger numbers.

The airline’s long-haul model has left it badly exposed to the crisis, and the company has had to raise cash multiple times over the past two years.

But Weiss said he hoped the £400m would be a “permanent solution” to its financial problems and that profitability should come by 2023.

“I am loathe to predict the future, but this is meant to be setting up the company for long-term success . . . We were doing quite well during the past few months and especially since the opening of the US border,” he said.

Virgin has raised nearly £2bn in funding from the private sector because, unlike some of its major rivals, it was not given access to government funds after ministers rebuffed a request for a bailout.

The airline’s executives had hoped to inject new money through an initial public offering earlier this year, but have shelved those plans for now.

Some industry executives and analysts had privately questioned the likelihood of a successful listing, given the uncertainty facing the travel industry.

Weiss, who would not be drawn on a possible float, said shareholders Virgin Group and Delta had shown “unwavering support” during the crisis.

“They do not have to finance Virgin Atlantic. This is a testament that our story is a strong one,” he said.

Delta said on Monday that it would maintain its equity stake in the UK carrier at 49 per cent, even as it shrank its holdings in Latam Airlines, Latin America’s largest carrier, and Aeromexico.

It formed the joint venture with Virgin Atlantic in 2013 to improve its offerings on the lucrative routes between the US and UK, particularly New York to London’s Heathrow. Delta’s combined investment in all three airlines will total approximately $1.2bn.

Dan Janki, chief financial officer, said that “investing in our partners now — even as we continue to navigate the pandemic — is the right choice to support Delta’s long-term strategy”.