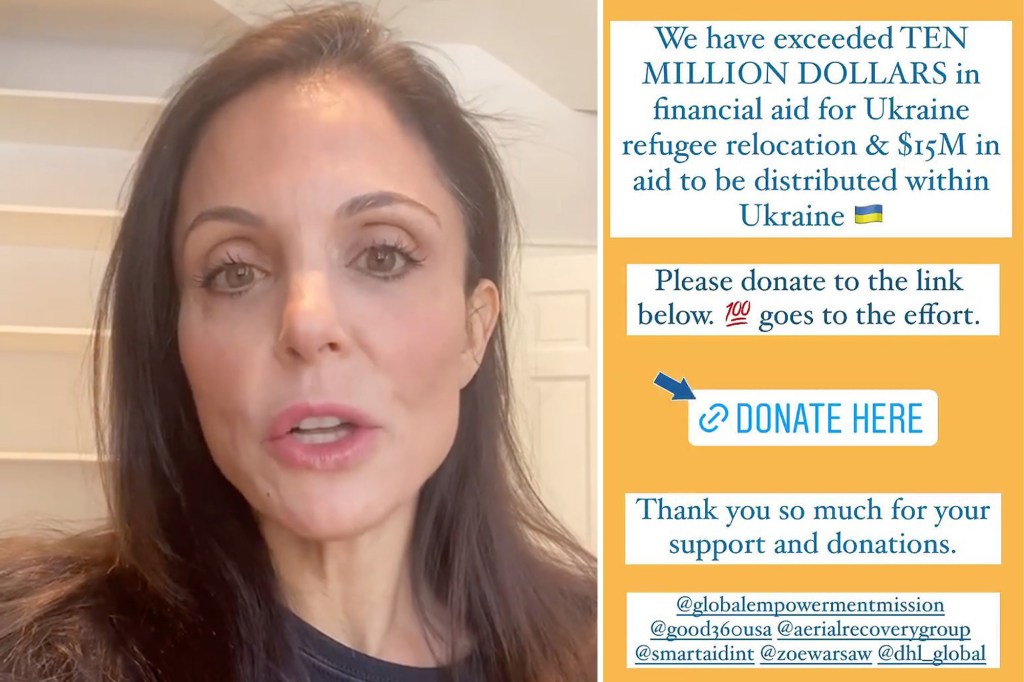 Frankel, 51, said $10 million has been allocated to help relocate refugees, while another $15 million was earmarked for distribution inside Ukraine.

The cash was raised through her foundation, BStrong.

“We are partnering with different apparel companies, food companies, lodging companies to be announced later, to place these people in lodging,” Frankel said in an Instagram Story video on Thursday.

“Thousands of people in lodging and you already knew that we already partnered with travel companies for trains and planes, so it’s planes, trains, lodging, food and clothing for refugees and aid going in,” she added.

Get the latest updates in the Russia-Ukraine conflict with The Post’s live coverage.

Frankel’s BStrong has helped victims of disasters in the U.S. and around the world since its launch in 2017.