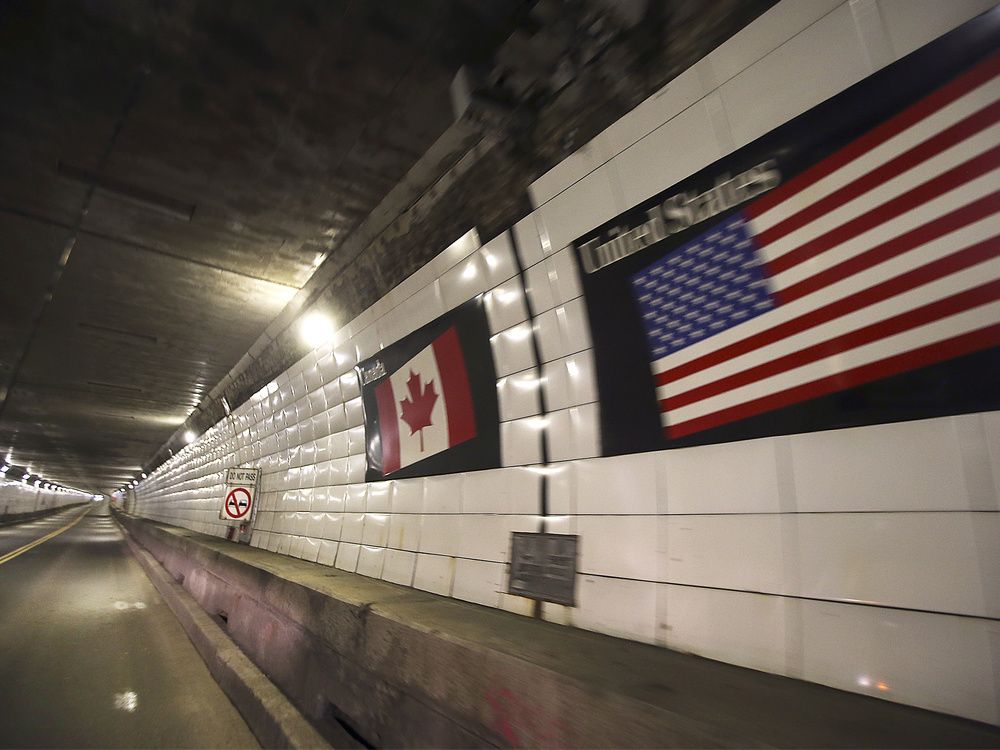 The pending decision by the federal government to remove the remaining COVID mandates at the U.S. border is greatly welcomed by local business, political and industry leaders as the jump start the local economy needs to return to full health.

The Liberal government is expected to announce Monday that it is ending mandatory vaccination, random testing, quarantining of international travellers and is making the ArriveCAN app an optional tool.

A decision on continuing to mandate masks on international flights and domestic trains is yet to be made.

“That is great for economic development and for business here in the community,” said Windsor Mayor Drew Dilkens.

It’ll be a challenge getting that business back

“Removing the vaccination requirement, removing the ArriveCAN requirement, I think will send a very positive signal to folks who are wanting to cross because we’ve removed the friction and the barriers that exist at the border.

“We know living in a border community, it’s so important to have as little friction as possible when crossing the border.”

“It’s what we wished for, but it would’ve been nice if it would’ve come sooner,” Naidu said.

“We’ve lost the summer season. We’re only seeing about half the visitors we used to have.”

Naidu added the economic pain created by the border measures wasn’t isolated in the economy.

“Unfortunately, I think we may have lost some people (American visitors) permanently.

“There’s been lost business (in manufacturing) because companies have found American suppliers or partners. It’ll be a challenge getting that business back.”

Statistics Canada data released this month on the number of American visitors to Canada (2.2 million) in July 2022 is 60.7 per cent of the levels seen in July 2019.

There were 2.6 million Canadians going the other way in July representing 60.1 per cent of July 2019’s numbers.

“No other community in the country, other than another border community, was devastated as much by the ArriveCAN app,” said Windsor Essex Pelee Island Tourism CEO Gordon Orr.

“It killed spontaneous travel. All those experiences, such as gaming, the wineries, retail, Americans could find alternatives. Once they break a habit, it’s hard to get them back.”

“The new border measures are certainly great news for businesses in the city centre,” Croucher said.

There’s general agreement that the first step to rebuilding American tourism is a campaign of education on the mandates’ removal and a reminder of why tourists should return.

Chair of the Wyandotte Town Centre Business Improvement Association Larry Horwitz feels that effort must be a sustained one.

“Americans I think are going to be shy coming back here,” Horwitz said.

“The rest of the world got rid of this stuff a long time ago. People are confused about what’s required to cross.

“I think we’ll continue to hurt for a while.”

“Any impediment in doing business in Canada is meaningful,” Azzopardi said.

“It’s just one more strike against Canada. Anytime they have something on us, they wave it around.

“Getting rid of these things needed to be done and probably several months ago.”

Azzopardi added often it was just easier to complete deals by crossing over to the U.S. side than subject American customers to the border.