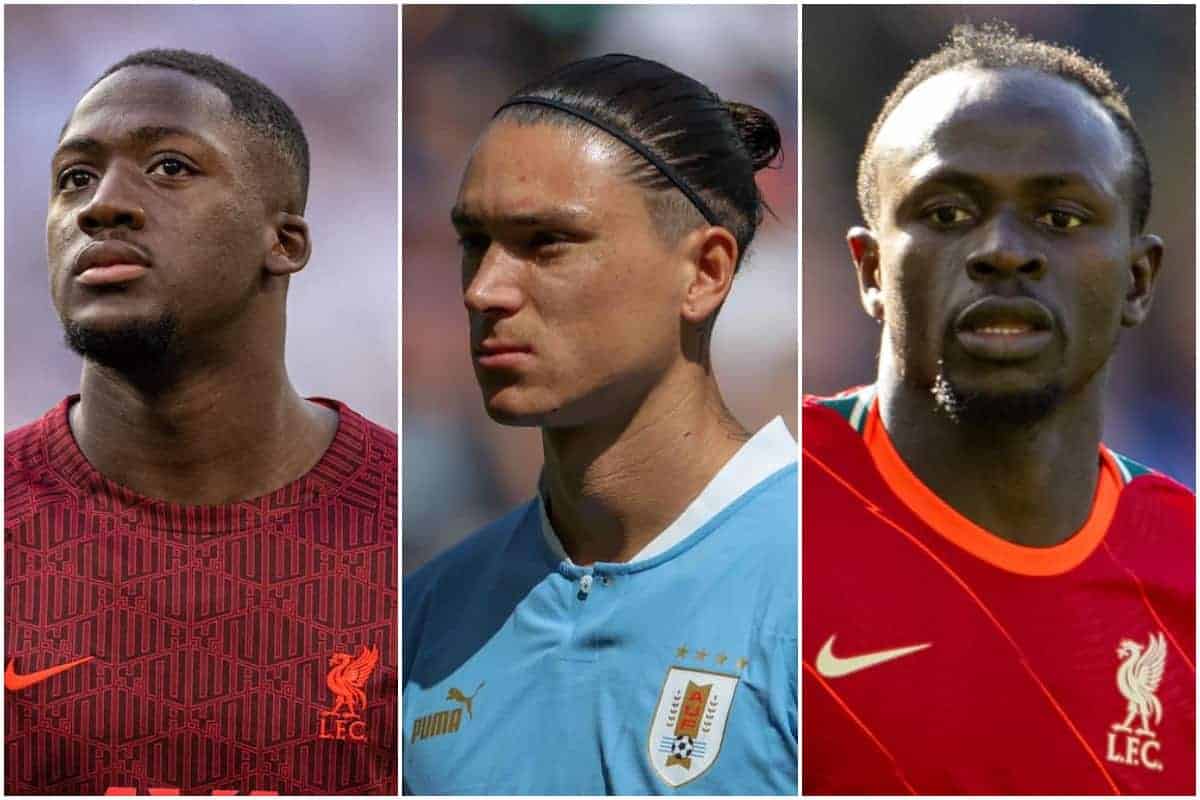 Liverpool transfers could be moving very swiftly in the next week or two – especially in attack. All the latest updates are in our roundup today.

This one moved swiftly – we’ve gone, in the space of a day or three, to rivalling Man United but not willing to break the bank, to almost having the deal tied up.

That’s for Benfica striker Darwin Nunez, with local reports saying we’d be prepared to go up to £85m and break our transfer record for him – which is quite different to not buying him if a bidding war broke out!

It’s notable that now overseas journalists have started claiming it’s all but done too, with personal terms already having an “agreement” and the Reds near to sealing a deal with the selling club too.

Around €80m fixed and €20m in add-ons appears to be the going rate according to Portuguese media! Stay tuned to this one – the fans are expecting a tactical shift if he joins.

Here are some reasons for you to get excited! A thread.

Liverpool want him. So do Manchester United. So does just about everybody else, you’d imagine.

Let’s have a little scouting session, shall we? ?

Tonight’s game worth watching might be Wales vs Netherlands, with both at the World Cup and both needing a bit of tinkering to get the team right before then.