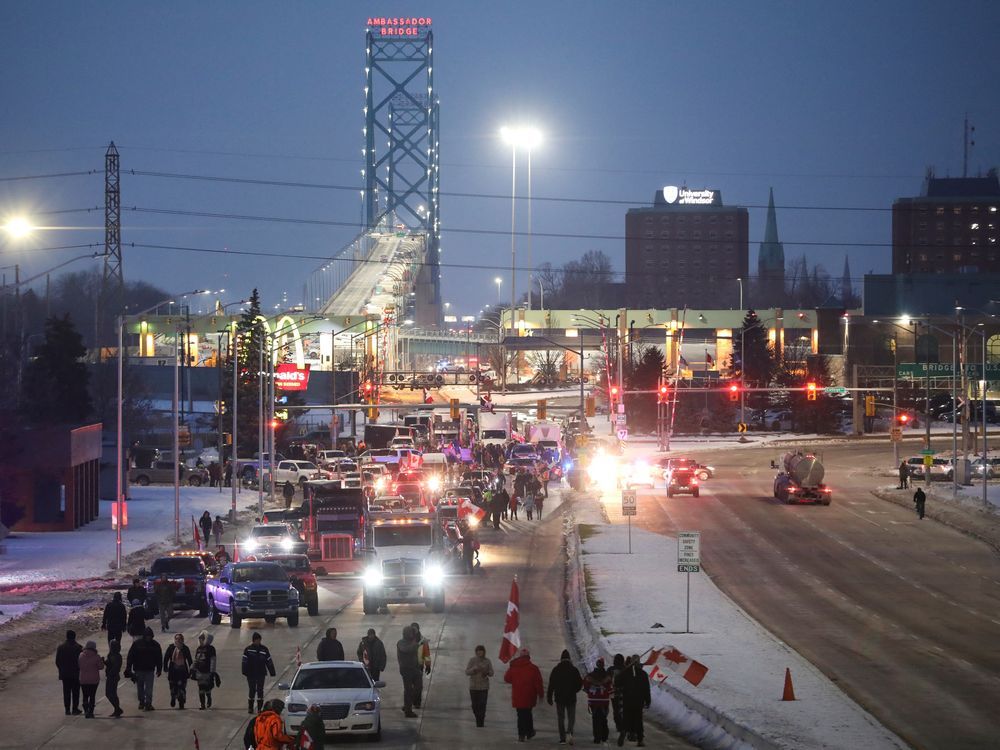 Recently, the Ambassador Bridge in Windsor was blockaded by protestors. They claimed to be fighting for “freedom” in one of the freest countries in the world, where peaceful protests are even possible.

In the name of this “freedom,” life was also made hell for residents of downtown Ottawa and owners of small businesses in that area.

These protestors used intimidation – real or implied – to try and force government to give in to their wishes which appeared to be no protection at all against COVID-19. Trucking associations refused to support them. Claiming they represented all Canadians was fiction.

Originally a protest against vaccine mandates at the U.S. border, it somehow morphed into protests against democracy with the call for government to step down and let the protestors run the country.

I can only conclude such ideas come from people ignorant of democracy, government functions or anything except honking horns or running through malls with no masks in a bid to show they have their freedom.

I am among the huge majority of Canadians who have been vaccinated, adhere to masking and distancing rules.

The driver for any mandates I feel has not been Prime Minister Justin Trudeau or any other government leader. The driver and final determinant of when mandates end is COVID-19 itself.

The virus does not care about protests, mandates, border crossing, sickness, death, isolation of long-term residents or anything except mutating to dodge the latest vaccines.

Protestors to me are demanding what no one in the world can provide – a concrete endpoint when we can drop all mandates and return to normal life. COVID-19, not governments, will dictate if and when that happens.

Reducing mandates as done in U.S. or U.K. has resulted in overloaded hospitals. It just doesn’t work unless you accept more deaths.