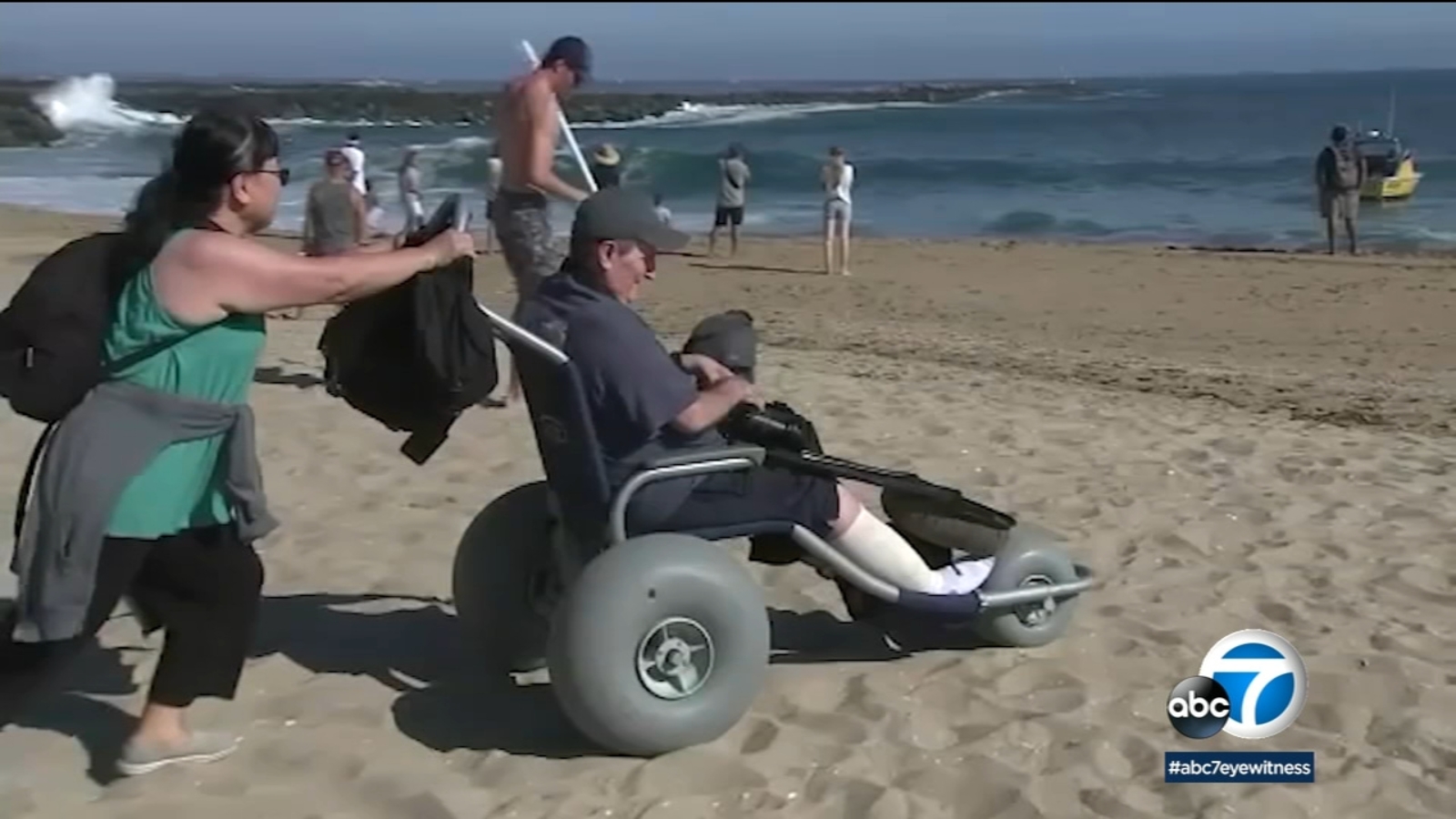 You can catch Steven Ekenstam along the Orange County coastline photographing surfers.

“I take every day as a gift and I don’t take life for granted,” Ekenstam said, adding, “this is one way of staying connected to the sport and being able to live vicariously through other people’s actions.”

His wife Janet Ekenstam pushed her husband across the sand in a chair retrofitted with new low-pressure balloon wheels.

“We tried walking down here and it was like too much, so it’s like, ‘We have to find another way,'” Janet said.

Then he got sick. He lost muscle mass. He was 58 years old.

“He just looked like a skeleton, skin and bones,” Janet said.

With motion in his extremities nearly gone, Steven couldn’t walk, write, “and I was slowly losing my ability to breathe. This is a scar from a tracheotomy I had when it was attacking or destroying the nerves in my wind pipe,” Steven said.

Steven was under the care of Dr. Gary Schiller.

“The number of patients who get POEMS every year in the United States is numbered in the few hundred,” Schiller said.

Each letter of the name describes the signs and symptoms of the rare blood disorder which damages the nerves, organs, skin and other parts of the body.

There’s no cure, but more than a decade ago, doctors used the same treatment on Steven that is used in patients with multiple myeloma.

“A disease that might have without therapy led to severe compromise or death within a couple of years, now 70 to 80% of the patients will be alive 10 years later,” Schiller said.

For Steven, that’s a lot of adrenaline-filled wave rides, captured click after click, to be shared with those who may not be as fortunate to have such a dedicated partner.

“It takes a lot of patience, but you do it for the one you love so I don’t mind,” Janet said.

“Whatever you do, don’t give up living. I certainly didn’t and make the most of whatever you’re given,” Steven said.

You can check out Steven’s photography here on Instagram.