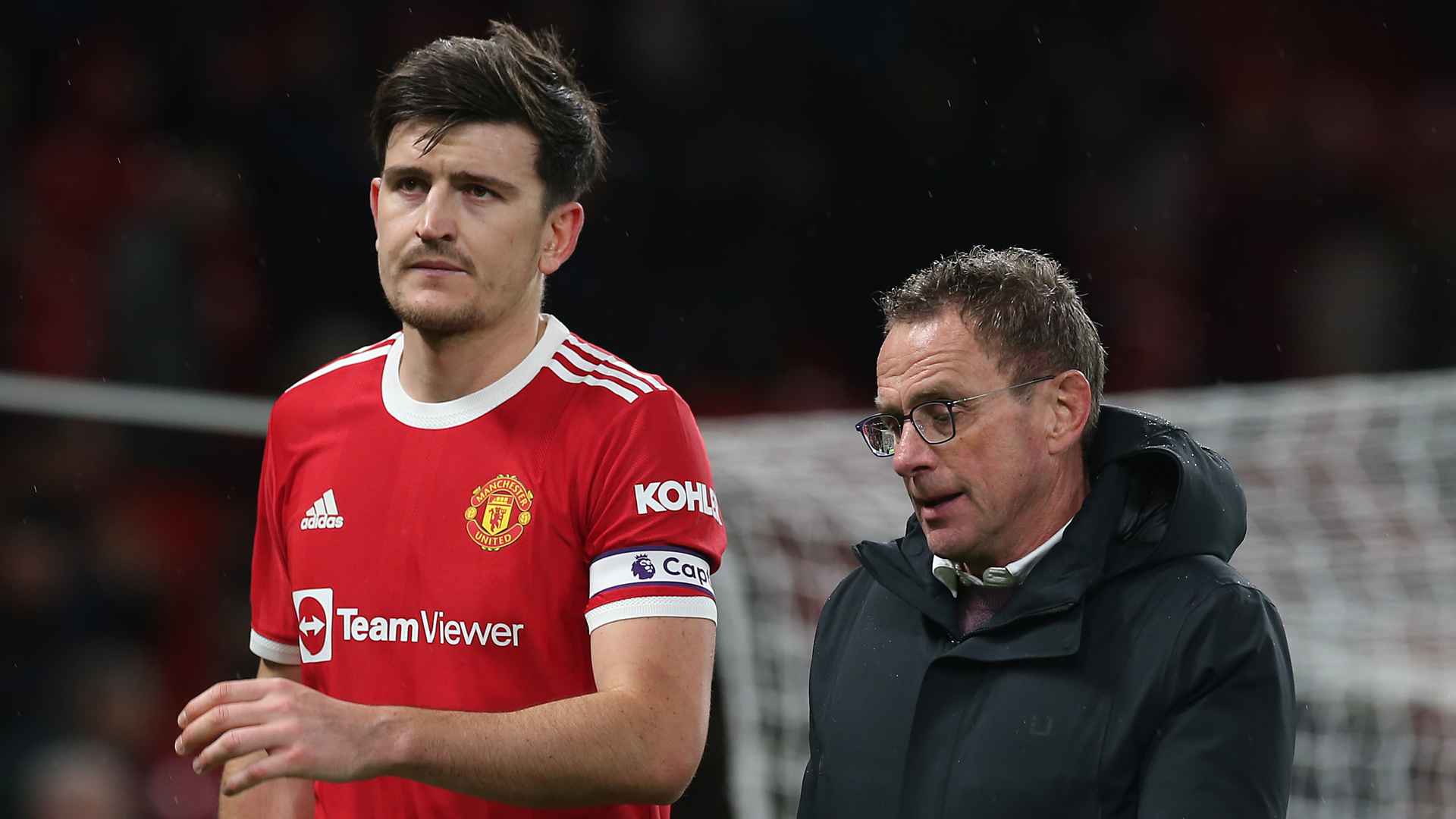 The 63-year-old went to explain that there had never been an issue, and that the atmosphere in the dressing room had improved during recent weeks, following the January transfer window.

“Well, I’m not frustrated at all because I know that it’s not the truth,” claimed Rangnick. “I told you already about Harry being captain, this is not an issue at all and it has never been an issue for us and for myself as the manager.

“All the other things, to be honest, I don’t listen to that noise that much because my full focus is on preparing the next training and for the next game. Obviously, I have heard about what is written, I can only tell you from my personal experience in the last 11-12 weeks, yes, there were players unhappy until the closure of the window because, as I always said, the squad was too big.

“We had too many players who just realised that they wouldn’t get game time. I think this has improved, for sure, and, from what I can tell you, the atmosphere in the locker room is better than it used to be a couple of weeks ago, for that reasons we just spoke about and, well, all the other things.”