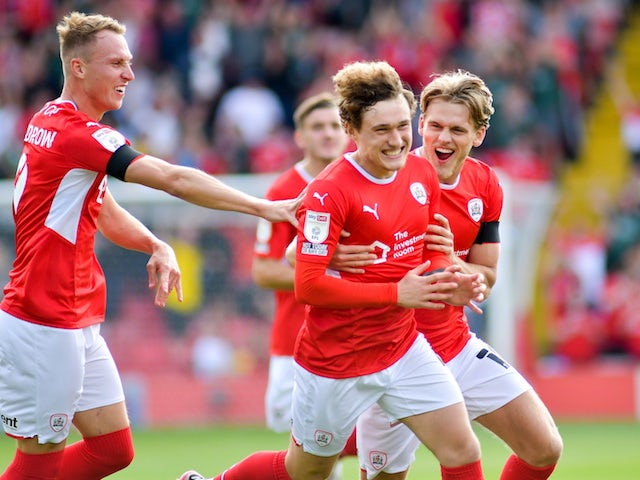 The newly-promoted Premier League trio of Fulham, Bournemouth and Nottingham Forest are reportedly battling for the signature of Barnsley’s Callum Styles this summer.

The newly-promoted Premier League trio of Fulham, Bournemouth and Nottingham Forest have all reportedly registered an interest in signing Barnsley‘s Callum Styles this summer.

The 22-year-old suffered heartache with the Yorkshire side during the 2021-22 campaign, as they suffered relegation to League One after finishing bottom of the Championship.

Styles made 43 league appearances throughout the disappointing season for Barnsley, scoring three goals and registering one assist, whilst he was also part of the side that surprisingly reached the playoffs under Valerien Ismael during the 2020-21 season.

However, the Mirror are reporting that three of their fellow Championship sides from the last campaign – Fulham, Bournemouth and Forest – are interested in providing Styles with his first taste of Premier League action next season.

After coming off the bench to play his part in the Hungary side that shocked England with a 1-0 victory in the UEFA Nations League on Saturday, the midfielder also revealed his desire for a move this summer.

Speaking after the win in Budapest, Styles said: “These experiences can only help, you wouldn’t get at club level and the calibre of player you play against is the most elite in the world.

“Our team has really, really good players also and the standard is very good, so that is obviously going to help push my dream of becoming a Premier League player. Me and the club have spoke and we think it is the best time to move on.

“I just need to sit down with my agent and see what is on the table. Fingers crossed somebody will come in with an offer because I want to play at the top and the club have said that’s how they see it as well, so hopefully it will be an easy process.”

The 13-minute cameo off the bench on Saturday was Styles’ second appearance for Hungary following his debut back in March, with the England-born midfielder being eligible to play for the nation through his grandparents.