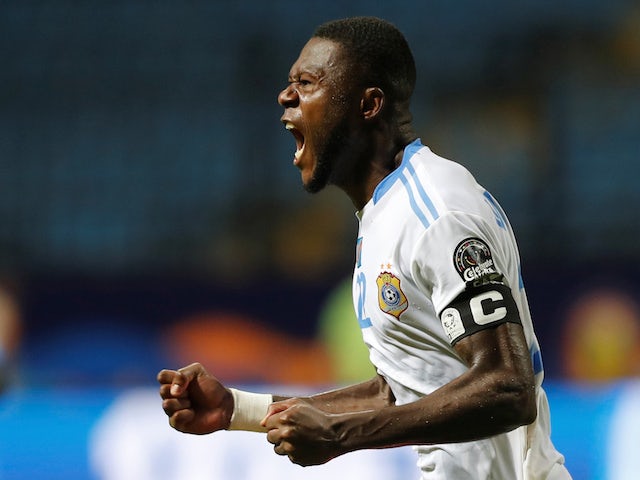 Both aiming to pick up their first wins in Group I of the Africa Cup of Nations qualifiers, Sudan and Congo DR go head to head at the Stade de l’Amitie on Wednesday.

The Secretarybirds, who are currently winless in each of their last 16 games across all competitions, will be desperate to snap this poor run and get their qualification campaign up and running.

Sudan were on the receiving end of a disappointing 3-0 defeat at the hands of Mauritania when the side squared off in Saturday’s group opener at the Stade de la Capitale.

Former Fulham forward Aboubakar Kamara scored twice in a three-minute spell to put the hosts in front heading into the interval before substitute Abdallahi Mahmoud netted in the 77th minute to cap off a fine team display.

Sudan have now failed to taste victory in any of their last 16 games across all competitions, losing 10 and claiming six draws since a 1-0 victory over Libya in a friendly fixture in June 2021.

However, Burhan Tia‘s men will fancy their chances of ending this dry spell as they now head home where they have won each of their three AFCON qualifying games, scoring seven goals and keeping three clean sheets in that time.

Sudan, who suffered a group stage exit at the 2022 Africa Cup of Nations back in January, are currently looking to secure consecutive appearances at the continental showpiece for just the second time in history.

Congo DR, on the other hand, were denied a dream start to their 2023 AFCON qualifiers as they suffered a narrow 1-0 defeat against Gabon in Saturday’s group opener.

In a cagey affair at the Stade des Martyrs, Aris Limassol forward Shavy Warren Babicka scored the only goal of the game to hand the Panthers their first win in four games across all competitions.

The Leopards have now failed to win any of their last four outings, losing three and managing one draw since picking up consecutive wins over Tanzania and Benin in Group J of the World Cup qualifiers back in November 2021.

This slump in form has been owing to their defensive frailties as they have conceded seven goals since their win over the Squirrels, while scoring just twice at the opposite end of the pitch.

While Congo DR will be looking to end this dry spell and get their qualification campaign up and running, they have struggled to get going away from home, where they are winless in all but one of their last seven games across all competitions, losing five and claiming one draw since January 2021.

Sudan will be without the services of Siddig Gahdia, who was hauled off with a 36th-minute injury in Saturday’s opening game against Mauritania.

In his absence, 23-year-old forward Waleed Hamid could come into the fold for what will be his ninth senior cap since making his debut back in October 2018.

Despite their opening-day defeat, manager Hector Cuper could name a similar side on Wednesday, meaning we could see a centre-back pairing of Nathan Idumba Fasika and Fernabahce’s Marcel Tisserand for the second game running.

Off the back of an impressive opening-day performance, Nantes man Samuel Moutoussamy should retain his place at the centre of the park, teaming up with 27-year-old Chadrac Akolo.

Brentford’s Yoane Wissa should spearhead the attack once again, while Watford forward Edo Kayembe will push for his first starting appearance, potentially coming in for Jackson Muleka, who failed to make his mark against Gabon.

Sudan and Congo DR head into the game in need of a pick-me-up and we expect them to take the game to each other in search of all three points. However, given the gulf in quality and experience between the sides, we are tipping the Leopards to come away with a slender win

Our expert tipster partners at Sporita.com are predicting over 1.5 goals in this match. Click here to find out what else they are predicting for this game and for more of their tried-and-tested football tips.Over 1.5:data
ID:487519:1false2false3false:QQ:: from db desktop :LenBod:collect10492: