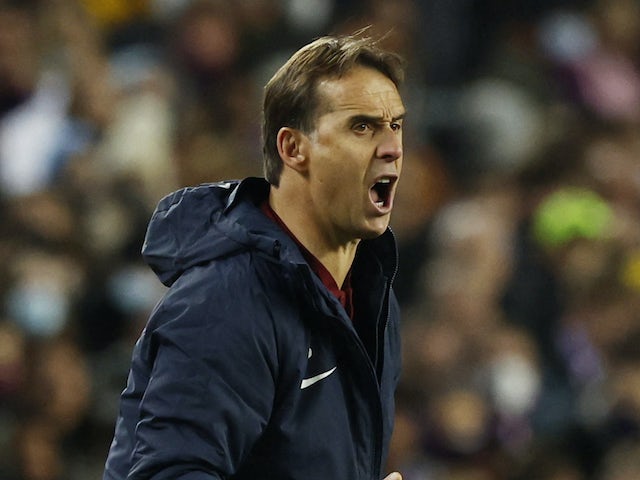 Sevilla will be looking to return to winning ways in La Liga when they welcome Granada to Estadio Ramon on Friday night.

Julen Lopetegui‘s side have dropped to fourth position in Spain’s top flight due to their recent form, while Granada occupy 16th spot, three points clear of the relegation zone.

Sevilla had been Real Madrid’s closest challengers in La Liga, but the team are now battling to retain their spot in the top four, having won just one of their last six matches in Spain’s top flight.

Lopetegui’s team were second heading into the latest gameweek, but they lost 1-0 to Barcelona on Sunday, with the Catalan outfit moving above them, while Atletico Madrid have now taken third due to their recent strong form, leaving Sevilla in fourth on 57 points.

Los Nervionenses are only four points ahead of fifth-placed Real Betis, and it would be a huge disappointment if they dropped out of the Champions League spots at this stage of the campaign.

Sevilla have not actually been victorious in the league since overcoming Real Betis at the end of February, while they have won just two of their last 10 in Spain’s top flight; the team were also knocked out of the Europa League by West Ham United in the round of 16 in the middle of March.

Lopetegui’s side have the second-best home record in Spain’s top flight this season, picking up 34 points from their 14 matches, and they will be taking on a Granada outfit that have won just two of their 15 away league fixtures this term, collecting only 12 points in the process.

Granada, meanwhile, have picked up four points from their last two league games, winning 3-2 at Alaves on March 19 before drawing 2-2 with Rayo Vallecano last time out.

A record of six wins, 11 draws and 13 defeats from 30 matches has seen the Andalusian club collect 29 points to sit 16th in the table, just three points clear of the relegation zone.

Ruben Torrecilla‘s side have finished seventh and ninth in their last two campaigns in Spain’s top flight but have found it more difficult this term, and they are very much in a relegation battle at this stage of the season.

Sevilla suffered a 1-0 defeat to Granada in the reverse match back in October, but they recorded a 2-1 victory when the pair locked horns at Estadio Ramon last term.

The three-time Segunda Division champions will fancy their chances of avoiding the drop this season due to their run of fixtures in the closing stages, with their toughest match, on paper at least, coming away to the champions Atletico Madrid on April 20.

Sevilla will again be missing Fernando, Thomas Delaney and Suso through injury, while Gonzalo Montiel will be out through suspension, having been booked against Barcelona last time out.

Head coach Lopetegui is expected to make changes to the side that took to the field at Camp Nou, with Jesus Manuel Corona and Ludwig Augustinsson likely earn starts.

Munir El Haddadi could also be handed a spot in the side in the number 10 position, with Ivan Rakitic potentially dropping back into central midfield alongside Joan Jordan.

Head coach Torrecilla is expected to keep faith with the majority of the side that took to the field for the first whistle against Rayo last time out, although there could be a couple of changes.

Yan Eteki is likely to take Njegos Petrovic in the middle of the park, while there could also be an alteration in a wide area, with Darwin Machis potentially coming in for Alex Collado.

Sevilla are in desperate need of the three points, as they bid to retain their spot in the top four, and we are expecting Lopetegui’s side to triumph on Friday evening. Granada have only won twice on their travels in the league this term, while Sevilla’s home record in 2021-22 has been excellent.

Our expert tipster partners at Sporita.com are predicting over 1.5 goals in this match. Click here to find out what else they are predicting for this game and for more of their tried-and-tested football tips.Over 1.5:data
ID:482532:1false2false3false:QQ:: from db desktop :LenBod:collect11275: