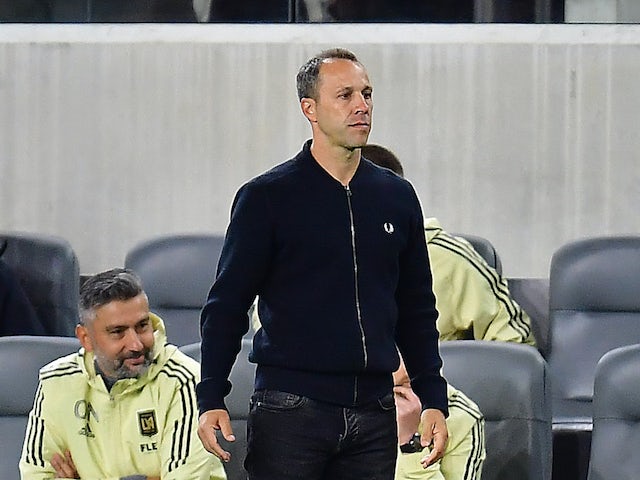 The Seattle Sounders will wrap up the month of July with a visit to Banc of California Stadium for a date with Los Angeles FC this weekend.

LA remain the team to catch in Major League Soccer, with 45 points after 21 matches, while this season’s CONCACAF Champions League winners are a point behind the final playoff spot in the Western Conference, despite beating the Colorado Rapids in their previous encounter, 2-1.

Before the recent transfer window, Steve Cherundolo and his team were the ones to beat, and now with the addition of some big names from Europe, they look like an unstoppable force.

Last weekend the Black and Gold scored a pair of second-half goals, shutting down Sporting Kansas City 2-0, their first clean sheet since late June when blanking the New York Red Bulls by that same score.

They have points in all but one of their 2022 regular-season encounters at Banc of California Stadium, scoring 11 goals in their previous four MLS matches played in sunny California.

There are 13 games remaining before the playoffs begin, and if LA were to collect maximum points in 10 of those matches, they would regain the MLS regular-season record for points, which the New England Revolution earned last year (73 points).

Looking at the star power all over the pitch at LAFC, it can be easy to forget that they are a relatively resolute defensive unit, conceding the fewest goals in the Western Conference (22).

Of the many things the Black and Gold do effectively, perhaps the most impressive is their ability to finish off a match, holding a 100% record in the 2022 regular season when leading in the second half.

The Rave Green made a statement that they are not ready to roll over and die just yet, overcoming an early deficit and a second-half red card at home to Colorado, putting an end to a three-game losing streak in the process.

Brian Schmetzer expressed how proud he was of his team for fighting their way back into that encounter in what has been a difficult stretch for Seattle, failing to score in each of their previous three meetings before that comeback win.

That victory over the Burgundy Boys was the first time since late May that they had managed to win a match when conceding first, and it moved them to within a single point of the Los Angeles Galaxy for seventh in the Western Conference.

Three of the following four games for the Sounders will be on the road, where they have dropped their previous two contests by a 1-0 score versus Nashville SC and the Chicago Fire, respectively.

Over the past few years, Seattle’s character has often been tested, and this may be their sternest challenge in the regular season in quite some time, as we are usually used to seeing them compete for first in the West.

The Sounders have never missed the postseason since entering Major League Soccer and a win this weekend in the LA heat would go a long way to insuring that streak continues.

It would also bury many bad memories for this group, who have never beaten the Black and Gold at Banc of California Stadium in five prior visits there, having been outscored 12-3 over that stretch.

Gareth Bale notched his first goal of the season last weekend for LA, becoming the first Welsh player since Robert Earnshaw in 2015 to tally in the MLS.

Cristian Arango notched his team-leading ninth of the campaign, having now scored in 19 MLS encounters this year, with Kwadwo Opoku collecting his first assist of the season.

Carlos Vela has three goals for the Black and Gold in his career versus the Sounders, and Latif Blessing had a goal and an assist in a 3-0 win over the Rave Green in this exact fixture last year.

Maxime Crepeau made three saves at Children’s Mercy Park, his first clean sheet on the road since a 2-0 win over the Columbus Crew on May 22.

Kellyn Acosta will have to sit this one out because of a yellow card suspension, Brian Rodriguez remains questionable with a right leg injury, Danny Musovski is out with a left leg issue and Julian Gaines has a pelvis strain.

Jordan Morris moved into the team lead in goals for Seattle this season with his sixth in their previous encounter, as 20 of his 25 MLS goals scored since 2019 have come in the Emerald City.

Nicolas Lodeiro notched the winner from the spot against the Rapids, becoming the only player in league history to attempt more than 12 regular season penalties without ever missing (17/17).

Albert Rusnak had the only goal for the Sounders in their 1-1 draw versus LAFC in June, while Jimmy Medranda picked up his second assist of the campaign on their equalizing goal versus Colorado, moving into a tie for fourth alongside Leo Chu.

Kelyn Rowe will be suspended following his red card last weekend, while he was also fined an undisclosed amount of money for refusing to leave the field.

Raul Ruidiaz has a left hamstring strain, Obed Vargas is out with a lower back stress fracture and Joao Paulo is done for the season because of a right ACL tear.

Just the sheer talent of the LAFC roster is enough to frighten any MLS squad, and they seem to be playing their best at the moment.

Seattle have consistently shown to be a resilient bunch, who can defy the odds, however, they have had a tough time finding that quality in the final third away from home, having been shut out of five road fixtures this year.

Our expert tipster partners at Sporita.com are predicting under 3.5 goals in this match. Click here to find out what else they are predicting for this game and for more of their tried-and-tested football tips.Under 3.5:data
ID:490923:1false2false3false:QQ:: from db desktop :LenBod:collect13346: