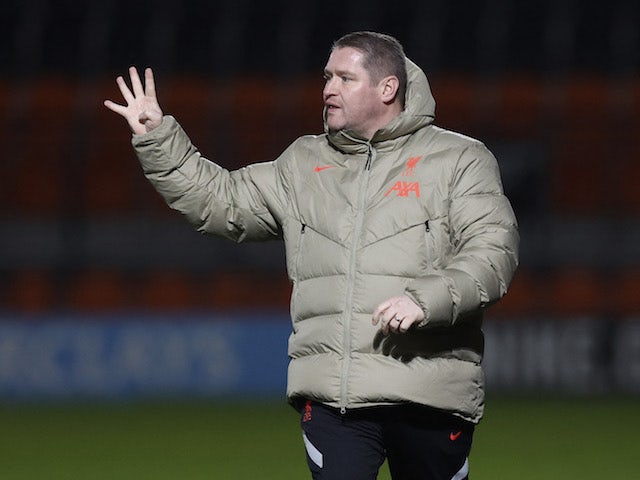 The second matchday of the Women’s Super League season will conclude with Liverpool Women playing host to Everton Ladies in the Merseyside Derby.

Newly-promoted Liverpool are looking to begin the campaign with consecutive victories, while Everton are searching for their first points of the season.

Following two years away from the top-flight, Liverpool have returned to the WSL after winning the Championship last term.

Rather than being eased back into WSL action, the fixture list presented the Reds with the daunting prospect of beginning the campaign with a home game against defending champions Chelsea.

A long afternoon looked to be in store when Fran Kirby dispatched her third-minute spot-kick, but Liverpool levelled with their own penalty in the second half through Katie Stengel.

With the game balanced on a knife edge, Liverpool were presented with the chance to snatch all three points from the spot in the 87th minute.

Stengel once again stepped up to score the third penalty of the game, ensuring the Reds take confidence into the derby at Anfield.

Meanwhile, Everton are hoping to enjoy an improved campaign after after finishing in a disappointing 10th place last term.

New Everton boss Brian Sorensen has been tasked with turning around the club’s fortunes, but he was unable to begin his reign with a positive result.

The Toffees travelled to the capital to face West Ham United on the opening weekend, however, a Lisa Evans strike ensured the visitors returned to Merseyside without a point to their name.

Including last season, Everton are now winless in their previous nine WSL games, while they have won only one of their seven away league matches in 2022.

However, they can take confidence from the fact that they have won both of their last two competitive meetings with Liverpool.

Liverpool will be without the services of Leanne Kiernan for an extended period after she suffered an ankle injury in the win over Chelsea.

Kiernan’s injury will result in a change to the frontline, with Yana Daniels in contention to be included in the starting lineup.

Meanwhile, Matt Beard has also revealed that remains Shanice van de Sanden sidelined for the hosts, although Charlotte Wardlaw will be fit enough to appear in the matchday squad.

As for the visitors, a back problem will prevent Toni Duggan from featuring, while Clare Wheeler is sidelined with a knee injury.

Aggie Beever-Jones is also set to miss out after picking up a knock in training, while Sorensen has indicated that Karen Holmgaard could feature in Sunday’s squad.

After featuring as second half substitutes against West Ham, Jess Park and Izzy Christiansen could both be included in the starting lineup.

Although Liverpool pulled off an upset to beat Chelsea last weekend, a derby meeting with Everton could result in a cagey contest, and as a result, we think both sides may have to settle for a point apiece.

Our expert tipster partners at Sporita.com are predicting over 1.5 goals in this match. Click here to find out what else they are predicting for this game and for more of their tried-and-tested football tips.Over 1.5:data
ID:495291:1false2false3false:QQ:: from db desktop :LenBod:collect9228: