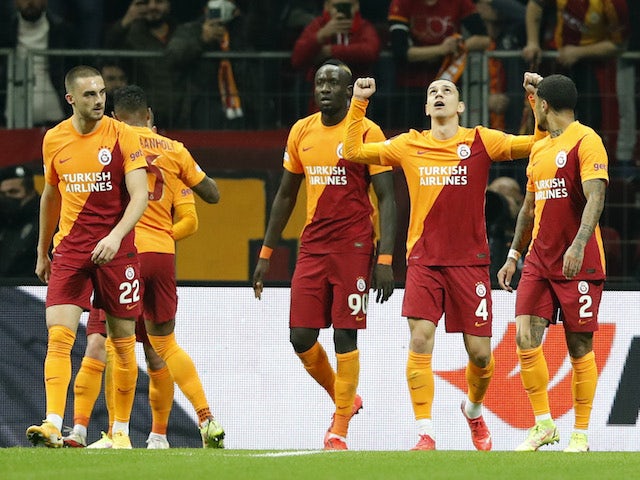 Turkish Super Lig giants Galatasaray have only won once in their last 10 league outings, placing them in 13th spot in the table, and they will be looking to turn their fortunes around on Thursday, when they welcome Kasimpasa to Istanbul.

In contrast, this week’s visitors are in fine form, stringing together a four-game winning run across all competitions, their best run of the season so far.

New Galatasaray manager Domenec Torrent took charge of his first game last time out after replacing Fatih Terim in the dugout, but his reign with the Cimbom did not start how he would have wished.

Torrent took his side to face third-placed Hatayspor on Sunday, and despite taking the lead on two occasions, the visitors fell to a 4-2 defeat, recording back-to-back losses for just the second time this season.

Galatasaray’s hopes of securing European football next year are slipping away game by game, now needing to make up a seven-point gap to fourth-placed Istanbul Basaksehir.

Thursday’s home side will hope that they can record a better result in Torrent’s second game in charge, after the new manager has had slightly more time to implement his ideas into the squad.

The Cimbom’s defensive stats on their own patch are much better than they are away from home, so they could perhaps look to gain three points on Thursday by building from a strong defensive platform.

Kasimpasa’s three consecutive victories in the Super Lig have helped them climb to within touching distance of safety, now sitting 17th and with the exact same record as 16th-placed Goztepe.

Ozgur Ocal‘s side may feel now is a perfect time to face Turkish giants Galatasaray, given their hosts’ poor form, and they will be confident heading into this encounter after a 2-0 win away from home last time out against Giresunspor.

Mortadha Ben Ouannes and Florent Hadergjonaj were on target in that game to seal the three points for Kasimpasa, which was a vital victory as Giresunspor are now only four points ahead of Ocal’s team.

That win was significant heading into Thursday’s clash with Galatasaray also, with it being Kasimpasa’s first triumph away from home in the league this season, boosting their confidence before another away trip.

During the last meeting between these two sides, Kasimpasa came from behind to earn a 2-2 draw in August, when both sides created an entertaining amount of chances.

Mostafa Mohamed and Sofiane Feghouli add to Galatasaray’s squad shortage as they are currently away on international duty in the Africa Cup of Nations.

Arda Turan, Christian Luyindama, Isik Arslan, Mbaye Diagne, Fernando Muslera and Omar Elabdellaoui are all expected to miss out on Thursday due to injury, with Diagne known to be the closest to a full recovery.

Taylan Antalyali was shown a straight red card last time out, while the yellow card Berkan Kutlu received in that game means that he has reached the suspension threshold for cautions across the season, so both will be suspended on Thursday.

Kasimpasa have less selection concerns to deal with, as only three of their players are forced to miss out due to injury including, Jeffrey Bruma, Nicolai Jorgensen and Valentin Eysseric.

Ocal is expected to name the same starting lineup to the side which he sent out to defeat Giresunspor on the weekend, meaning that Umut Bozok will continue to lead the line for Kasimpasa, where he is on loan from Ligue 1 outfit Lorient.

Ouannes and Ahmet Engin will provide the width for the visitors either side of a midfield four, while Dogucan Haspolat will sit just behind that four in a more defensive midfield role.

Galatasaray will want to tighten up defensively after conceding four goals last time out, suggesting that Kasimpasa may be limited to only a few chances, which is why they could only get on the scoresheet once.

Torrent’s side need to attack the game in front of their own home crowd so they should also find the back of the net, but both teams are likely to cancel each other out on the day.

Our expert tipster partners at Sporita.com are predicting under 3.5 goals in this match. Click here to find out what else they are predicting for this game and for more of their tried-and-tested football tips.Under 3.5:data
ID:475643:1false2false3false:QQ:: from db desktop :LenBod:collect11489: