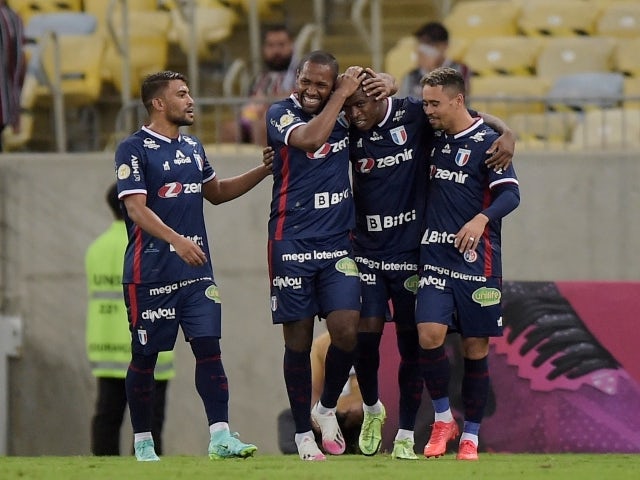 Fortaleza will be attempting to lift themselves off the foot of the Brasileiro table on Friday when they welcome Goias to the Castelao.

The visitors head into this match with a three-game undefeated streak that has seen them climb into midtable, while the hosts are yet to win a home fixture to this point.

Fortaleza are currently propping up the table as they sit at the bottom of the Brasileiro after the opening nine fixtures, with the squad having struggled so far.

Despite that, Juan Pablo Vojvoda witnessed his team pick up their first win of the season in the league last weekend with a 2-1 victory against Flamengo.

However, the squad left things late to do that, even though Robson had given them the lead in the 28th minute, as an equaliser from their opponents meant they had to fight as Hercules scored in the 92nd minute.

It was a crucial three points that kept them in touching distance of the two teams above them, meaning they could climb into 18th with three points on Friday.

Yet if they want to achieve that they will need to win their first game at home this season, as they have gone five fixtures without one to this point.

The visitors have built up a little momentum as they head into Friday’s future, putting together a three-match undefeated run.

Those performances have helped Goias climb to 12th in the league table, and a victory this Friday could see them climb up to fourth place depending on other results.

Jair Ventura‘s team were impressive at the weekend when they picked up three points, coming from behind against Botafogo after a brace by Pedro Raul.

Goias have had mixed results so far away from home, winning twice and losing three times with a big problem for them being defensively in those games.

Ventura’s men have conceded eight times on the road this season, which is the second-worst record in the division that needs to be addressed to change their fortunes.

After Hercules scored the winner as a substitute at the weekend, there is a good chance he could have done enough to earn a place in the starting lineup this time around.

However, they could be without Renato Kayzer who has been dealing with a calf strain as of late, while Matheus Vargas has also been sidelined with a thigh issue.

Hugo is unavailable for the visitors right now due to a knee injury, and they are missing Luiz Filipe for the entire season due to an ACL problem.

Raul was able to draw level with Elvis last weekend as the leading goalscorer for Goias after his brace, and both men will be providing offensive threats this Friday.

These two teams are in differing form right now, and even though Goias have not always been perfect away from home they will certainly be the favourites in this one.

Their attacking abilities should be enough to see them through in this encounter, even if they end up being unable to keep a clean sheet.

Our expert tipster partners at Sporita.com are predicting over 1.5 goals in this match. Click here to find out what else they are predicting for this game and for more of their tried-and-tested football tips.Over 1.5:data
ID:487523:1false2false3false:QQ:: from db desktop :LenBod:collect9164: