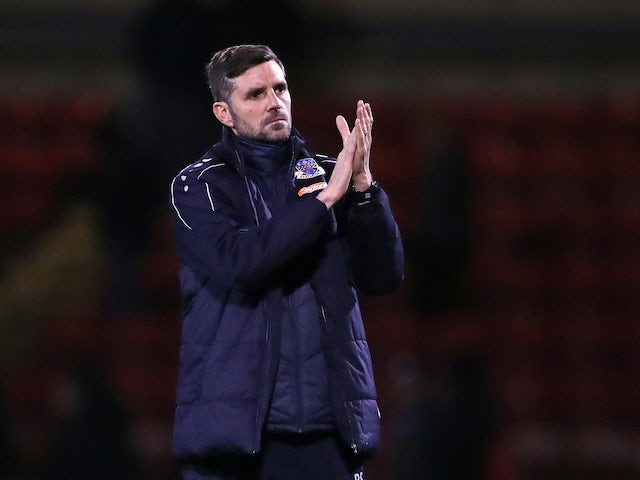 Solihull Moors make the long trip to Eastleigh knowing that victory could move them as high as third position in the National League standings.

Meanwhile, the home side head into Tuesday’s fixture sitting safely in mid-table, nine points above the relegation zone.

A slow start to the season has meant that Eastleigh have always been playing catch-up, but manager Ben Strevens will be relatively pleased with how his players have bounced back in recent months.

As many as five wins have been recorded from eight National League fixtures, moving the club into 15th position with games in hand on the teams above them.

On a negative note, Strevens would have hoped for much more at the weekend, rather than witnessing Eastleigh succumb to a 3-0 reverse at home to Aldershot Town.

Three goals after the hour mark made the difference, and the setback represented their biggest defeat since losing by the same scoreline to Bromley on August 30.

It also marked the first time since the opening month of the campaign that they had suffered a league defeat at the Silverlake Stadium, a run which had lasted seven games.

From Solihull’s perspective, they appeared to be going off the rails during November with a three-game winless streak seeing them fall off the pace.

However, successive victories have been recorded over Grimsby Town, Woking and Maidenhead United, eight goals and three clean sheets being posted in the process.

Now sitting within four points of top spot, Neal Ardley will be increasingly optimistic about his team’s chances this season as they bid for promotion to the EFL for the first time in their history.

Leading marksman Joe Sbarra has returned to the goal trail in recent weeks, the midfielder taking his tally to 11 strikes with contributions in three successive games.

While Strevens will likely make changes to his Eastleigh XI, he will be mindful that their capitulation only occurred once alterations had been made at 1-0 down against Aldershot.

Despite remaining as unused substitutes, Michael Kelly and Jake Hesketh may come back into the fold for their 13th and ninth league starts of the season respectively.

Solihull will be able to call upon Jimmy Ball after the midfielder missed the win at Maidenhead through a one-match ban.

Nevertheless, Ardley may decide to stick with the same Solihull XI with Jamey Osborne likely to feature having been rested for the second half at the weekend.

On the back of their surprise defeat at the weekend, Eastleigh will be motivated to produce a response. However, given their current winning streak, we can only predict an away win, potentially by the odd goal in three.

Our expert tipster partners at Sporita.com are predicting over 1.5 goals in this match. Click here to find out what else they are predicting for this game and for more of their tried-and-tested football tips.Over 1.5:data
ID:472661:1false2false3false:QQ:: from db desktop :LenBod:collect8269: