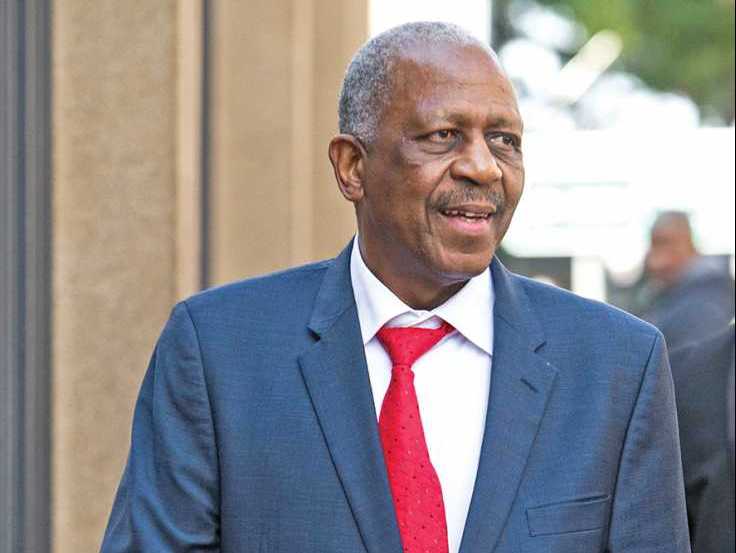 Johannesburg- ANC presidential hopeful Mathews Phosa has been given an ultimatum by Standard Bank – either he surrenders the R3-million Bentley he bought on credit or risk losing his house.

Phosa, the former ANC treasurer-general, is also failing to pay over R320 000 in overdraft and almost R50 000 in credit card debt.

The titbits are contained in court papers filed in the Joburg High Court last week.

In the papers, which Sunday World has seen, Standard Bank’s lawyer, Candice-Jane le Roux of Jason Michael Smith Incorporated Attorneys, said Phosa had obtained a loan of over R3.4-million from Standard Bank to purchase the
Bentley Bentayga W12, on September  8 2016.

The former Mpumalanga premier was expected to pay an instalment of over R46 000 a month for 59 months.

He was also expected to pay R2.1-million as his final and 60th instalment on October 1 this year.  But Phosa had not honoured the agreement.

“The respondent, however, breached the agreement in that he failed to make payment of the monthly instalment as and when due. As at 10 August 2021, the respondent was in arrears with his monthly obligation in the sum of R60 539.12.”

Le Roux said they had written a letter to Phosa on August 11 and notified him about his arrears and demanded that he remit payment to keep his account up to date.

“… The responded refused and or failed to make payment of the arrears,” read the papers.

She said, as a result, they had cancelled the sales agreement and notified Phosa of their decision in a letter they wrote to him on September 14.

Le Roux said the bank would auction the vehicle off to the highest bidder and reserved the right to claim damages from Phosa in the event that the proceedings of the sale of the vehicle failed to liquidate his debt.

This follows the letter of demand they wrote about two months ago in which they threatened to attach his house if he did not settle his arrears.

In separate court papers, Le Roux said Phosa had failed to pay back over R46 000 in credit card and R322 000 in overdraft debt. They are praying for judgment against him.

Speaking through his lawyer Jaco Loots, Phosa, who has been lobbied to contest
president Cyril Ramaphosa in the party’s forthcoming elective conference, blamed Standard Bank’s system error for his arrears. He also said he intended  to refinance the outstanding amount and negotiations with the bank were under way.

“The alleged amount owing finds its origin at a contractual agreement between Dr Phosa and the Standard Bank of South Africa Limited (SBSA). Further, we have been placed in formal communication from SBSA that the fault and error was a system defect on the side of SBSA, further clarity thereon we are yet to receive.

“Be that as it may, the agreement is in the process of being refinanced by an institution of Dr Phosa’s election.

“I further wish to state the transaction is enclothed with protection as afforded by the Protection of Personal Information Act [Popi].

“This matter is deemed a severe breach of the provisions of Popi and proper recourse shall be sought, which will include application to have SBSA’s licence revoked for the clear violations of Popi,” he said.