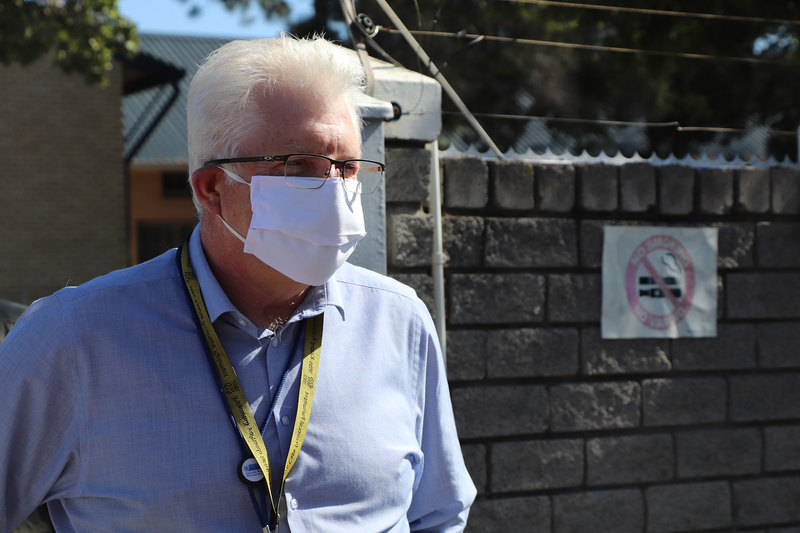 Western Cape Premier Alan Winde and Police Oversight and Community Safety Minister Reagen Allen met with senior officials from Swartland Traffic and Law Enforcement yesterday on the successes of their K9 unit. It was part of the Premier’s “Listening Tour” outreach.

To date the unit – launched in October 2020 – has achieved the following successes:

The Premier said: “These successes are very encouraging. This unit is clearly making an impact.” While buoyed by the effectiveness of the unit, which works closely with other law enforcement agencies including the Swartland Municipality’s Reaction unit, officials appealed for more funding to expand these policing functions, enhance collaboration and bolster crime intelligence gathering. The Reaction Unit operates much like the Western Cape Government (WCG) and City of Cape Town’s Law Enforcement Advancement Plan (LEAP), which has had a tangible impact on pushing down murders in areas where officers are deployed.

The Premier explained that LEAP can be rolled out to other municipal regions, but agreements between municipalities must be reached. He continued: “Can you imagine the impact of expanding LEAP beyond Cape Town and even the province? Using our data driven and evidence based crime-fighting model, we would be able to break the back of crime.”

Minister Allen said: “Regardless of where a town is situated in the Western Cape, the safety of all residents is our primary concern. We will continue to support and cooperate with local governments and safety stakeholders as it is vital to strengthen the fight against crime. Drugs and other criminal elements are suffocating our communities, and they are unwelcome.”

Swartland Executive Mayor Harold Cleophas added: “I appreciate the crime-fighting partnerships we have developed between the municipality and the WCG. Our K9 unit is an asset to the us all.”

Premier Winde thanked the municipality for taking the initiative to establish these units. “It is all of our responsibility to tackle crime.” Given the country is still gripped by intense load shedding the issue came up for discussion at the presentation. The Premier said: “Through partnerships we must stay ahead of criminals who take advantage of rolling power cuts.”

Distributed by APO Group on behalf of South African Government.