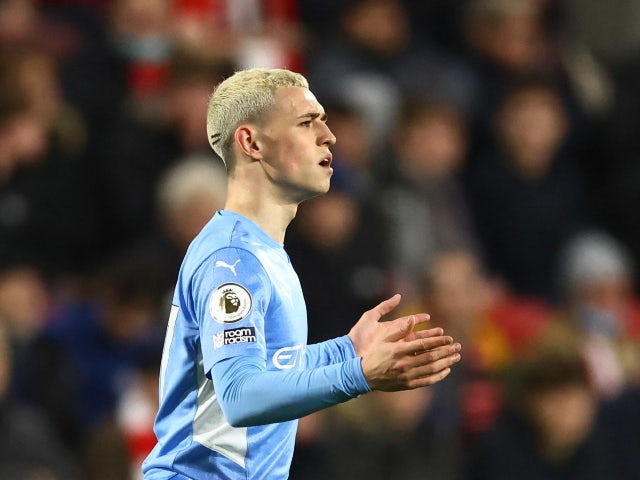 Manchester City attacker Phil Foden is set to sign a new deal with the Premier League champions before the end of the season, according to a report.

Manchester City attacker Phil Foden could supposedly put pen to paper on a new deal with the Citizens before the end of the season.

The England international has not had a contract extension at the Etihad Stadium since December 2018, and those terms are due to expire in the summer of 2024.

Foden is understood to have verbally agreed to a new contract in the autumn, but he is yet to officially commit his future to the Premier League champions.

However, 90min claims that talks are back on with the 21-year-old, and City are hopeful of wrapping up a new deal before the campaign concludes.

The report adds that City have never been concerned about the prospect of Foden leaving the club, and there is a growing expectation that he will soon pen fresh terms.

Foden came off the bench to assist Kevin De Bruyne in Tuesday’s 1-0 Champions League quarter-final first leg win over Atletico Madrid – taking his tally for the season to 11 goals and nine assists in 35 appearances.