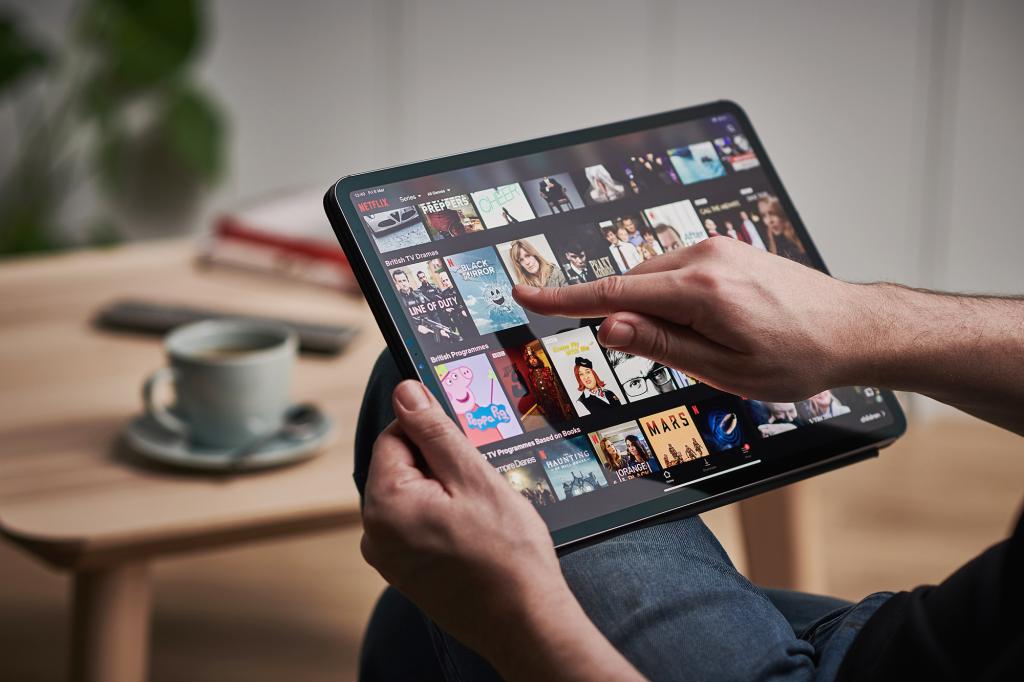 Netflix and not chill.

These days there are a plethora of streaming giants for viewers to choose from. Depending on one’s mood, couch potatoes can choose from Hulu, Netflix, Disney Plus, HBO Max, Paramount+ and more to binge-watch their favorite programs and pig out as they chill out.

However, a new study done by Nielsen, titled “State of Play,” has found that watchers are bogged down and inundated with too many viewing choices.

The report conducted by the renowned ratings site used several methods to compile the data.

Nielsen investigated their TV and streaming ratings, as well as insights from their Gracenote content-recognition service, and also surveyed many streaming users.

The survey discovered that 46% of streaming customers are stressed out over the number of titles available to watch. This makes it harder for watchers to find specific programs that they desire to view.

According to the report, as of February, there are 817,000 unique program titles (series, movies, documentaries and specials) available on streaming services.

This is an increase of about 171,000 titles (26.5%) since the end of 2019. There is a rising continued boost in the amount of content that corresponds to the increase in time spent streaming.

Nielsen reported that people spent a total of 169.4 billion minutes glued to their screens in February. This created an 18% increase from last year, which had people watching 143.2 billion minutes.

Nowadays, streaming services have been estimated to account for nearly 28% of total TV habits over the past 10 months. About 93% of surveyors were found in the Nielsen research to still plan to pay for these streamers or even add more to their ever-growing subscription lists by 2023.

The percentage of individuals who spend their hard-earned moolah on four or more streamers has more than doubled from 7% to 18% in the past three years.

Brian Fuhrer is the senior VP of product strategy at Nielsen and noted in a statement that Hollywood has “entered the next phase of streaming, based on the trends we have been detailing about streaming over the past few years.”

“We’ve moved from infancy into adolescence, and all the complexities that one would expect at that point. It’s not just that streaming is increasing year over year,” the executive added.

Fuhrer then stated: “Now consumers want access simplified and the explosion of services has renewed discussions around bundling and aggregation. Ultimately, these challenges signal an opportunity as the industry harnesses streaming for long-term business growth.”

Survey responders also expressed that a streaming bundle with all of their favorite companies combined is a good option.

Sixty-four percent of viewers said that a bundled package allows access to many different platforms. Users found this option alluring if they have the option to choose which service they want to pay for.