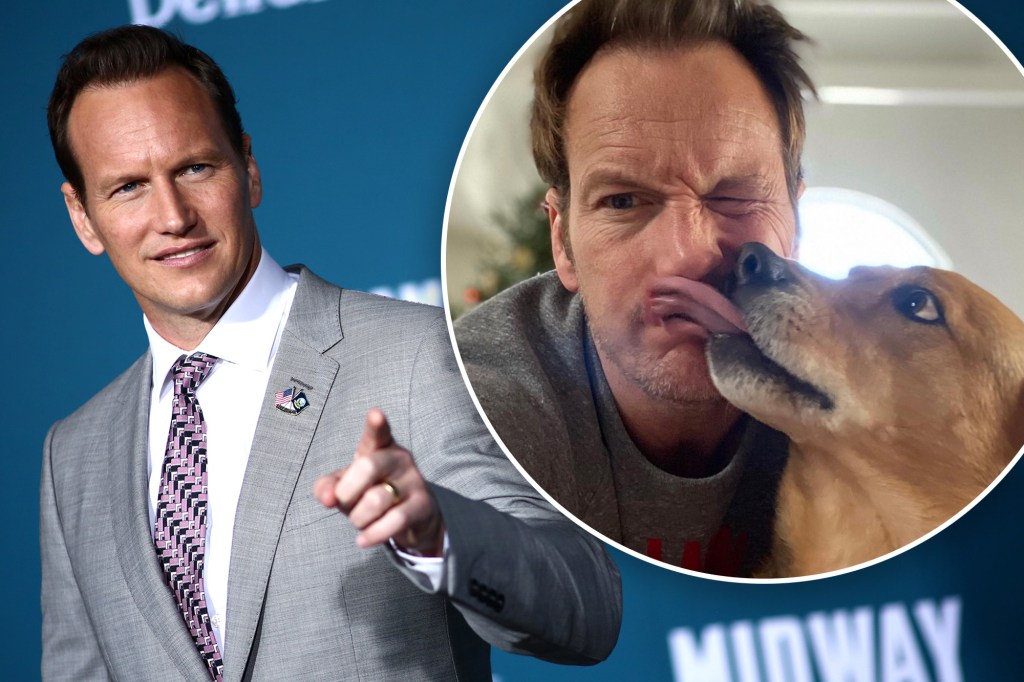 Patrick Wilson’s career could be going to the dogs with this eyebrow-raising canine confession.

The “Watchmen” actor, 49, said in a new print interview with Empire magazine that he may have eaten dog feces.

Wilson — who owns three pooches — made the awkward admission while responding to the question: “What’s the worst thing you’ve put in your mouth?”

“It’s probably dog s–t,” the star declared. “I’m sure, in my quest to pick up dog crap, that I have licked the bag to open the bag, and then it’s on my hand and I have dog s–t in there, too.”

And, when asked about his least favorite smell, the “Little Children” star also brought up his beloved canines.

“You’re talking to a guy that spends a good portion of the week cleaning up dog s–t in his yard,” he quipped. “But I’m sort of immune to that now.”

Wilson also revealed in his interview with Empire that he has a three-inch scar on his hand from when one of his dogs bit him.

The Hollywood hunk frequently shares snaps of his rescue pooches — Mabel, Louise and Eddie Van — on his popular Instagram page.

Wilson has been married to Polish-American actress, Dagmara Domińczyk, 45, since 2005, and the couple share two sons, Kassian and Kailin.

In December 2020, Wilson revealed his kids chose the name Eddie Van as a tribute to the late rocker Van Halen.

“Merry Christmas from all of us Wilsons…including this new guy, Mr. Eddie Van Wilson. Named by my kids…but I didn’t object.” the actor wrote beneath an adorable Instagram snap.