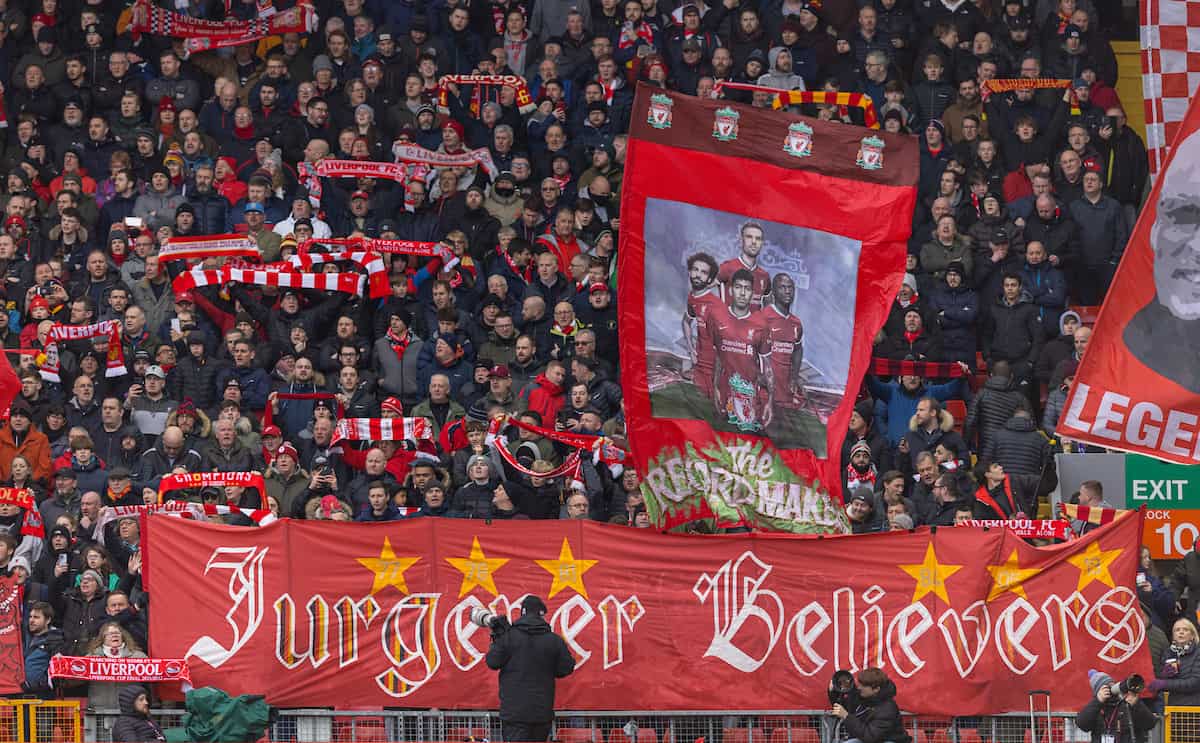 Liverpool have the chance to lift a trophy for the first time since July 2020 on Sunday, and supporters have been provided with a simple brief by Pep Lijnders.

And it goes as follows, “Shout as loud as you can!”

That will be no hard task for the Reds at Anfield South as they hope to witness Jordan Henderson dusting off his trophy shuffle at Wembley.

Chelsea are to prove stern opposition to stop just that and Lijnders knows just how influential the supporters will be in getting Liverpool over the line.

“Shout as loud as you can! Our fans always win the games; if there were games between fans, we would win that’s for sure,” Lijnders told the club’s official website.

“We know that with the right atmosphere incredible things can happen – and they do that all the time, so just shout as loud as you can.”

While there is no desire to count the chickens before they hatch, the significance of celebrating in front of the fans goes unsaid after the Premier League title celebrations unfolded behind closed doors due to the pandemic.

“If I speak about it now too much it may feel like we have already won, which is absolutely not the case,” he added.

“I think this pandemic took away a lot from us, most tragically it took a lot of lives, but it also took ‘normal life’ away as well.

“These things, for example: Premier League, 30 years, [after] such a long time we were the team that did it – and we were the staff and players at this moment in time who represent this beautiful club and who did it, who won the Premier League.

“Not being able to celebrate with our fans is just a big scar, in my opinion. We will take that and probably that scar will become a little bit less when we win something.

“I hope there will be a moment, not just for us but for the fans as well, to have this moment together – and we will celebrate twice as hard, that’s for sure knowing our fans.”