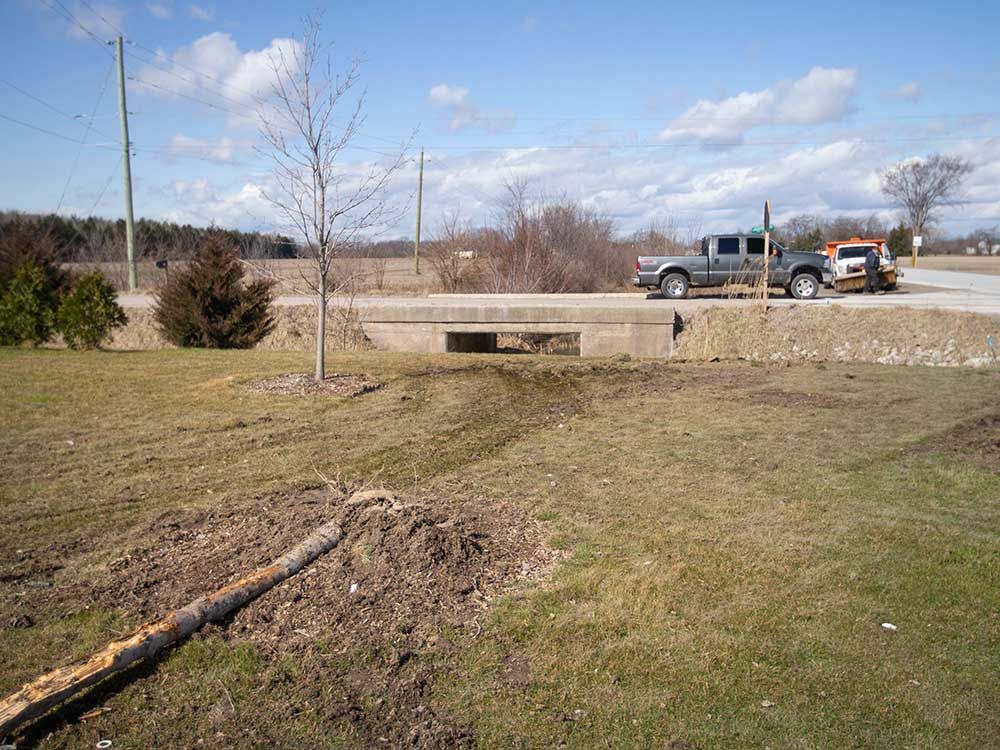 One driver is dead following a late-night crash between a SUV and a pickup truck in the Lakeshore area.

Essex County OPP responded just before 11:45 p.m. Wednesday to a collision at the intersection of County Road 46 and County Road 25.

According to police, the SUV had been southbound on County Road 25 — also referred to as Lakeshore Road 209 or Puce Road — when it failed to stop at the intersection.

The SUV collided with an eastbound pickup truck on County Road 46, then went off the roadway.

Police said the lone driver of the SUV was transported by Essex-Windsor EMS to a hospital, where the driver was pronounced dead.

The lone driver of the pickup truck was also taken to hospital. The truck driver’s injuries are described as serious, but not life-threatening.

The roadway was closed and technical collision investigators examined the scene.

OPP announced around 10 a.m. Thursday that all roads in the area had been re-opened.

County Road 46 and Lakeshore Road 209 are both two-lane roadways at the intersection.

The intersection has no traffic signals but is illuminated with a single street light.

County Road 46 has right of way at the intersection. There are stop signs for Lakeshore Road 209.

The posted speed limit for both roads is 80 km/h.

The incident is only the latest in a number of recent fatal collisions across the region.

Over the past month, at least six people have died in crashes on roadways under Essex County OPP jurisdiction.