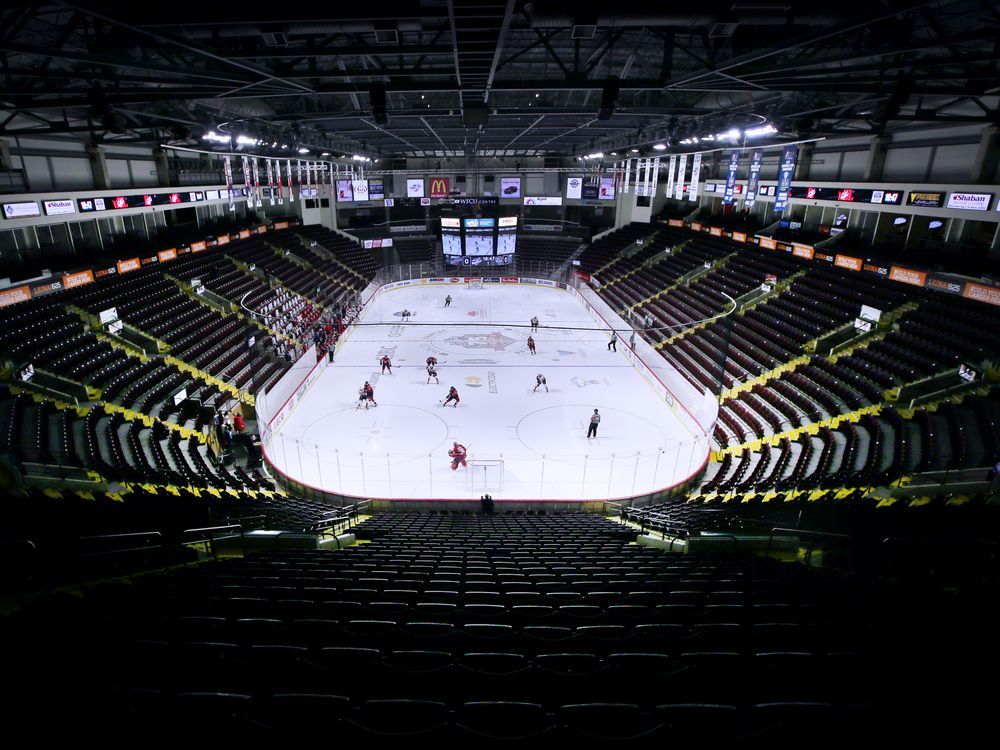 The Ontario Minor Hockey Association is moving to a new format for crowning champions and Windsor will serve as one of the host centres in the new plan.

The OMHA will have more than 375 teams playing over 850 games in five locations to crown 41 champions over three weekends in March and April.

“It’s been a tough two years and something our kids can look forward to,” said Derek Polowyk, who is the OMHA’s director of business development and marketing. “I really think this will be our way forward.”

In the past, provincial playdowns would begin in January and for some teams, that meant an early end to the season.

“A lot of teams, if you lost out, it could be late January or early February and your season would be done,” Polowyk said. “You look out, see a foot of snow and your season is done.”

Under this plan, Polowyk said recreational players will compete in their association until the start of March and that will allow for more competition for regional championships for every team.

“Kids will be playing longer and leagues will have a chance for league championships,” Polowyk said.

There are some changes with AE squads and BB and CC squads being regrouped into Tier I, II, III along with A, AA and AAA to compete in the new playoff format that will include age ranges from U10 to U21.

“Our players, parents and volunteers have endured so much during the pandemic,” OMHA executive director Ian Taylor said in a release. “We have been planning this for months and believe this is a great way to give them something special to look forward to and to ensure our participants can be involved in more meaningful hockey right up to March and beyond.”

Windsor will host Tier I and Tier III, which will bring 66 teams to the area March 25-27, April 1-3 and April 8-10 for games at the WFCU Centre and Tecumseh Arena and feature championships from U10 to U18.

“This is a huge tournament,” said Jason Toner, who is director of marketing and communications for Tourism Windsor Essex Pelee Island. “This is going to be the first big, large-scale tournament coming out of the (COVID-19) restrictions.”

Toner estimates the event will require 1,200 hotel room nights per weekend and additional spinoff money will also flow in the city.

“It’s gotten bigger since we first started talking about it (in May of 2021),” Toner said. “It shows we’re ready to bring sports back.”

Barrie, Kingston, Oakville and Whitby will also serve as host centres that the OMHA hopes will cutdown some travel costs for parents. Polowyk also says he expects the event to remain in these centres for two and possibly three years.

“This took a lot of time and effort,” Polowyk said. “You’re looking for locations with facilities that are able to facilitate an event like this because not all rinks have ice in April and the necessary hotels.

While it extends the season for hockey, Polowyk said the OMHA remains cognizant of and supportive of alternative spring and summer sports like baseball, lacrosse and soccer.

“We’re really focused on our kids playing other sports and encourage them to play other sports,” Polowyk said. “It’s physical literacy for our kids to go away from hockey in the spring and summer months, build that athleticism and come back to see us in August or September.”

After two years with the OMHA unable to hold championships due to the pandemic, Polowyk said the organization is looking forward to seeing the championship red hats return for those title-winning teams.

“I think we have over 1,500 (hats) sitting in the warehouse,” Polowyk said. “We’re proud of that tradition of playing for that coveted red hat.

“I hope all our players coming will have a good experience. They’re all chasing a red hat, but I hope participation will be a cool and fun experience.”