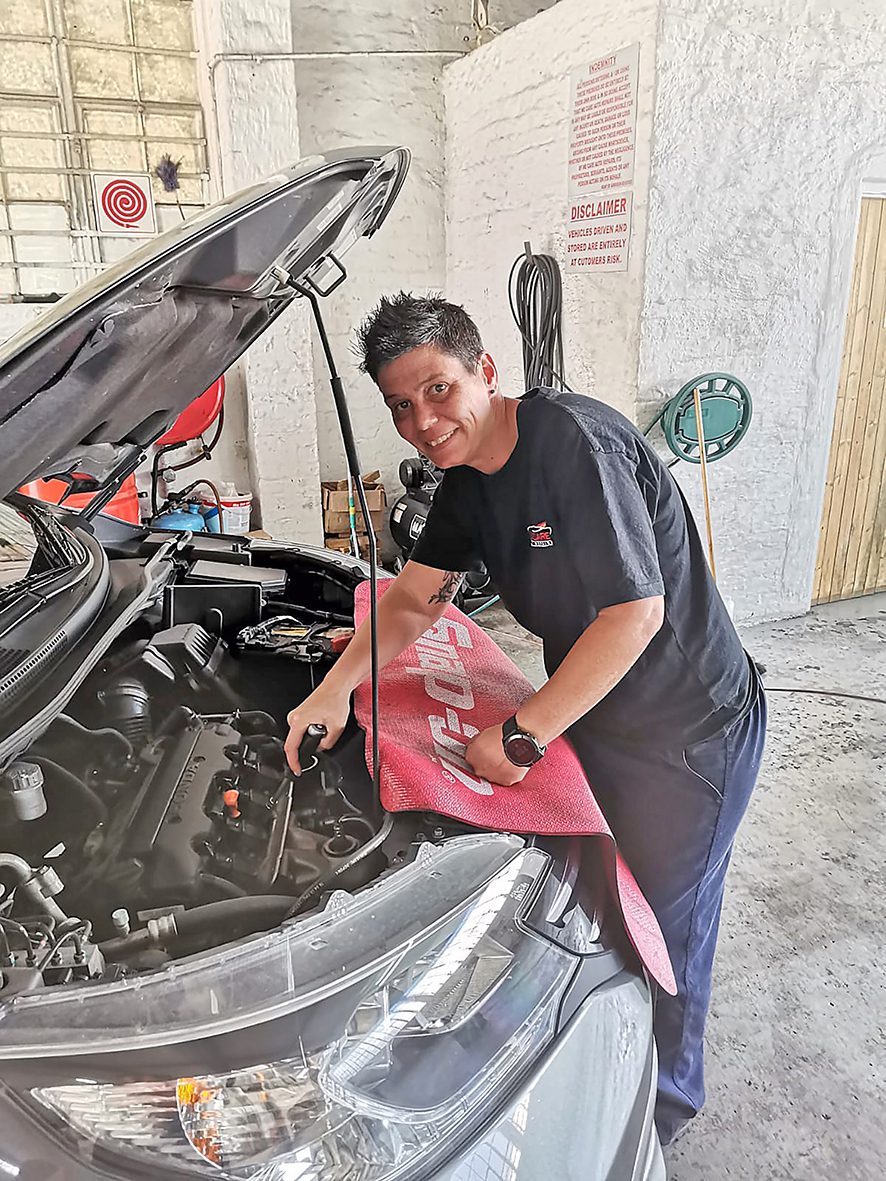 Businesswoman Monique Petzer had a dream – to prove that women are able to perform typical male labour, and the best option was to build her own business and do things her way.

The 36-year-old, originally from Pietermaritzburg, the capital of KwaZulu-Natal, founded We Care Auto Repairs in Pinetown, where she has been head mechanic since 2015.

“I wanted to prove that a woman can also be deemed one of the best mechanics in town because I realised that men are sceptical of having their cars fixed by a female figure.

“This is because of the ongoing myth that women cannot fix cars.

“I admit that some challenges include physical strength because it is hard for me to lift an engine, but trust me, I can rebuild it for you and I’ll know where those 4 000 to 5 000 bolts of an engine go.

“Anyone who utilises my services is sure to come back,” she said.

Petzer said she drew inspiration from her brother-in-law, who is a mechanic and who helped her with her apprenticeship for diesel mechanics.

Since qualifying she has worked at dealerships and different workshops, but she wanted to do things the best way possible and not be limited by the rules of companies she signed up with.

She said some of the dealerships do not perform the 120-point check on cars when they come in for repairs as they should, because they are chasing money and lack the passion of fixing cars and making sure it does not come back with the same or a related problem the next time.

She has hired three employees she believes share her vision.

“We aim for at least three cars a day because we do not want to rush fixing anyone’s car.

“Even after seven years, I am still trying to prove that women are capable mechanics,” said Petzer.

“Today, almost 90% of men who have brought their cars to me do not want to take them to any other mechanic because they have seen what I do, instead of judging quality by gender.

“The idea needs to change in South Africa.

“Yes, it is a male-dominated industry but it doesn’t mean that women cannot do it,” said Petzer.

Sheplans to hire more equipment to fast-track the whole repair process but will remain careful of the correct procedures before repairs even start.