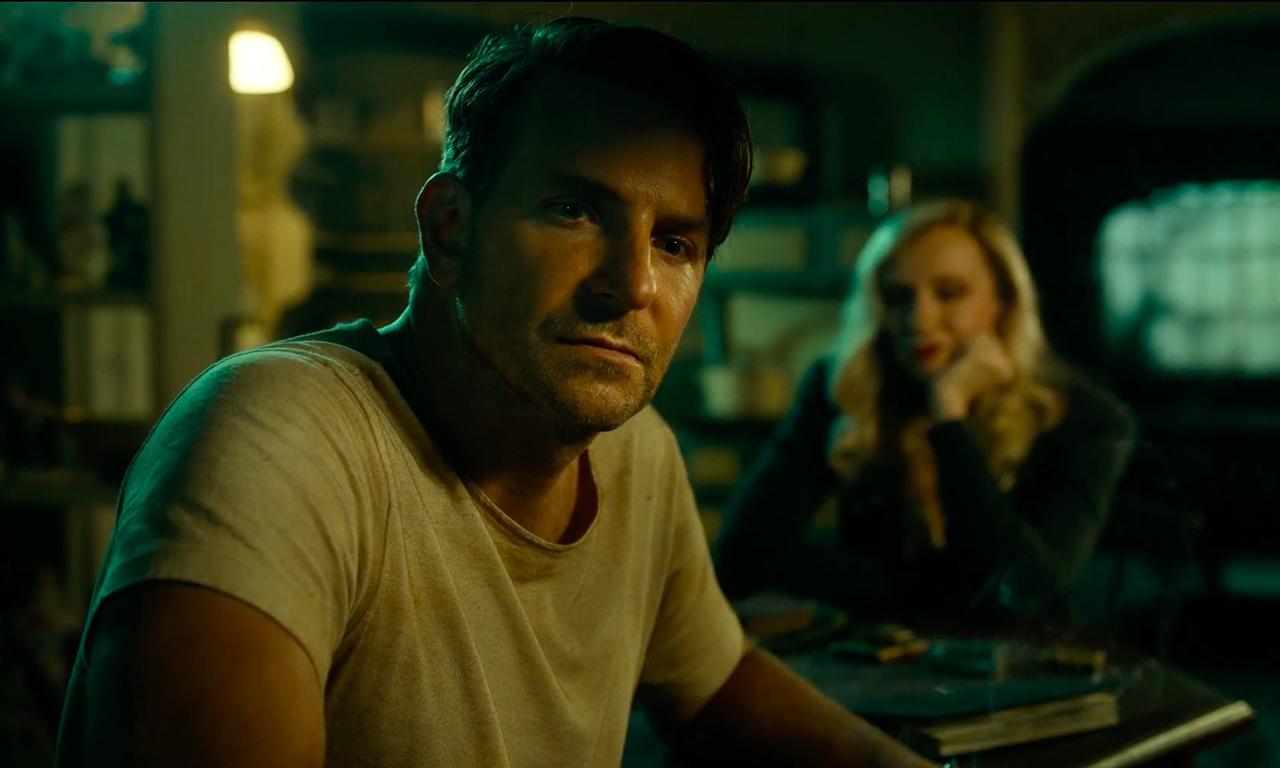 In Depression-era America, Stan (Bradley Cooper) burns down his family home and takes up work as a carny as part of a travelling show. While there, he meets and falls in love with Molly Cahill (Rooney Mara) and eventually learns a mentalist act from Zeena (Toni Colette) and her alcoholic husband (David Straithairn). Eventually, Stan leaves and finds success as a charlatan mentalist, but soon runs afoul of a manipulating psychiatrist (Cate Blanchett) and a dangerous but exceptionally powerful patient (Richard Jenkins) of hers…

‘The Shape of Water‘, Guillermo del Toro’s crowning masterpiece of love and acceptance, must have done something to him fundamentally. Where that movie had characters of quiet dignity, unbearable yearning, and fairytale romance, ‘Nightmare Alley’ – even though it’s based on a 1947 movie and a novel of the same name – feels like an absolutely pointed response to it. Yes, you can see how they were both made by the same director, but it’s almost as if the same person went through something and came out the other side of it completely overflowing with utter cynicism. It’s really quite remarkable.

What’s more remarkable is how Guillermo del Toro really does commit to making almost all of the central characters – with the one exception of Rooney Mara’s doe-eyed love interest – almost entirely unlikeable. They have precious few redeeming qualities; even David Straithairn’s alcy charlatan is so helpless as to pitiful. While Cate Blancett’s “frozen-faced bitch” of a character might take the most bite out of the apple, Willem Dafoe’s matter-of-fact tutorial on how to break a human being and turn them into a geek is truly horrifying. The only thing that matches it is how eagerly Bradley Cooper’s character eats the whole thing up. That kind of blasé acceptance of people’s utter indifference feels so sharp. Was it desperation that drove people to do it? Or was it merely just the opportunity?

The script by del Toro and his wife Kim Morgan doesn’t offer any solid answers on this, but since when did movies have to make moral judgments for people? Instead, it layers each character beautifully and by its grim final moment, you walk out of the cinema slightly sickened by it all. It’s a strange sensation, seeing as how so much of ‘Nightmare Alley’ is beautifully staged and designed. The art deco interiors, the gorgeous costumes, and the elegant score by Nathan Johnson all seek to hide the ugliness of its characters and the story like all good noirs should.

Cate Blanchett plays the ice queen / femme fatale with breathless ease, while Bradley Cooper looks shifty and uneasy in his skin at every point in the movie. Willem Dafoe plays the crafty carny who, among others, teaches Cooper his trade and does the most stomach-turning of things with a workman’s pride, while the ever-reliable Ron Perlman plays the gruff guardian of Rooney Mara’s innocence. Toni Colette and David Straithairn both give interesting performances; and you almost get the sense that the way in which they discuss their stage act is akin to their own performances.

Like ‘Chinatown’, like ‘Double Indemnity’, like any great noir, you don’t walk away from it with glad tidings and fuzzy feelings. If ‘The Shape of Water’ was the heartwarming fairytale and hopeful romance, ‘Nightmare Alley’ is a black hole in which no hope or good feeling escapes it. It’s not to say that it’s relentlessly grim, but rather its pulpy material should tell you not to expect a happy ending. Glossy and star-studded though it may be, ‘Nightmare Alley’ glitters with dark promise underneath.